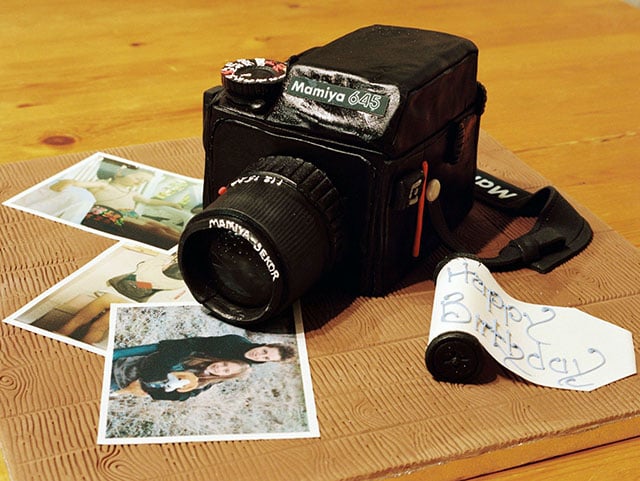 22-year-old photography enthusiast David Maitland is a huge fan of film photography and shooting with his Mamiya 645 Pro TL medium format camera and Sekor 80mm 2.8 lens. So, for his recent birthday, he got a cake modeled after his beloved camera kit. The camera, lens, strap, film, and photos in the photo above are all edible.

The photo above was also captured with the camera the cake was modeled after, Maitland tells us, saying that it’s “kinda meta.”

The cake was made by a local business called Diane’s Cakes, which captured a couple more views of the creation: 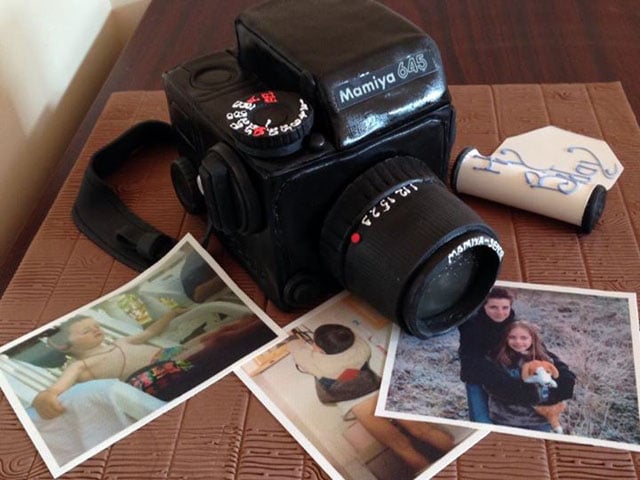 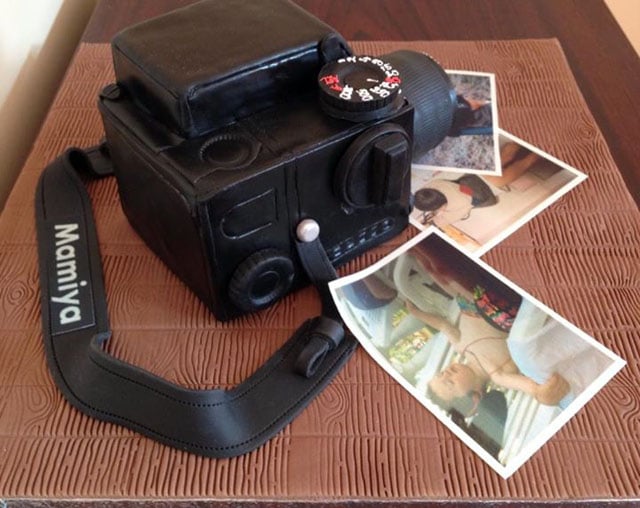 Here’s Maitland in a self-portrait captured with his real, non-edible Mamiya camera: 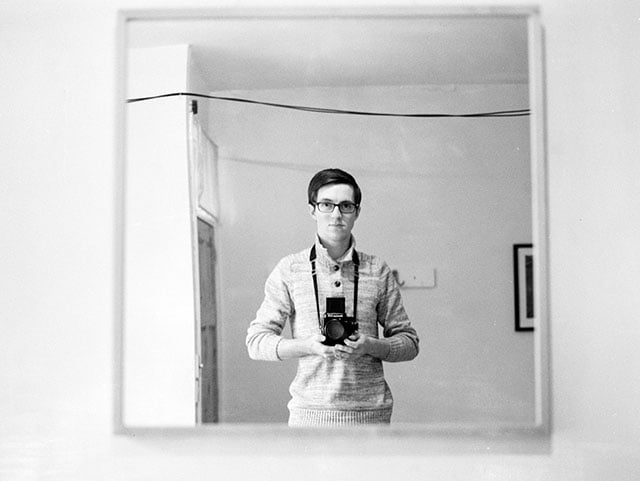 You can find his photography over on his 500px, which exclusively features photos captured with the Mamiya 645 Pro TL.