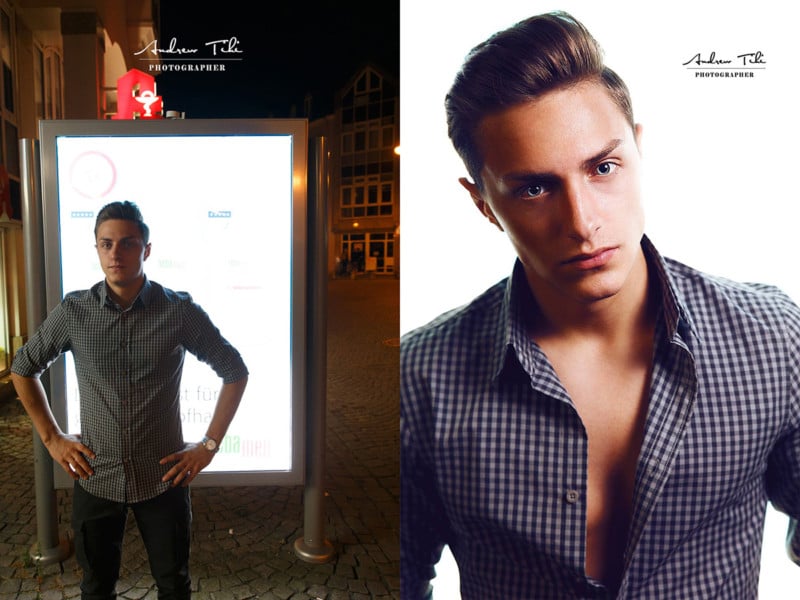 If you want a neat example of creativity in action, look no further than photographer Andrew Tihi‘s recent portrait adventure. Watch as he uses a backlit bus stop advertisement to help him capture a glowing portrait against a white backdrop.

Tihi used the flourescent advertisement as both a white backdrop and a backlight, while a Godox Ving 850 II inside a 60cm softbox acted as the key light. You can see the simple setup in this quick behind the scenes video Tihi filmed on-“set”.

In order to blow out the backlight and turn it into the white backdrop he needed, Tihi set his Canon 6D and Tamron 24-70mm VC to 1/50 of a second, f/4, and ISO 1600. Here are two separate images he shot during this street session, with the key light positioned on either side: 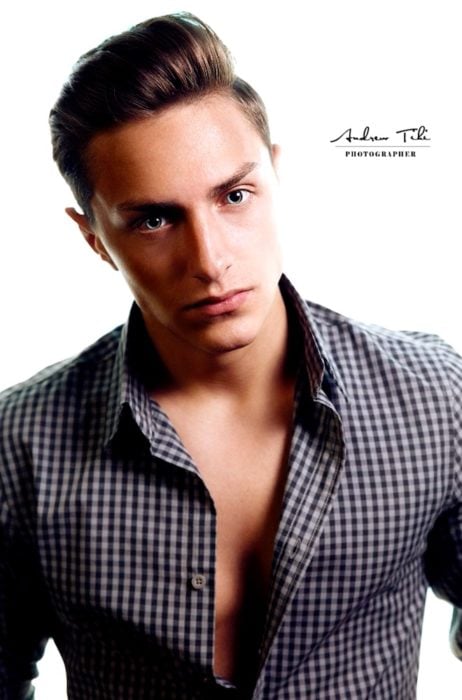 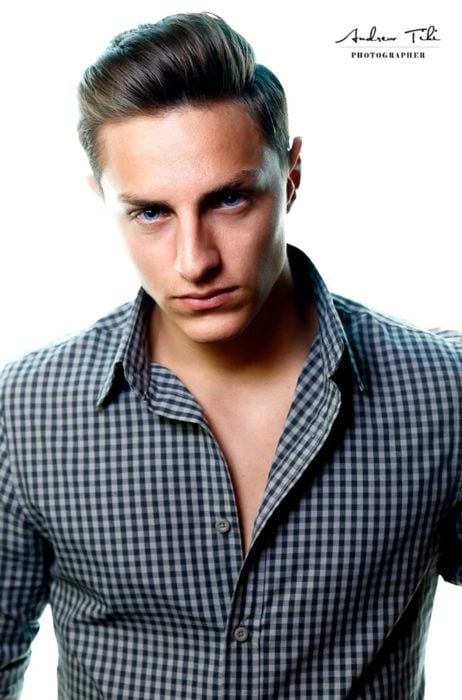 Neat trick to keep in your back pocket…

Image credits: Photos by Andrew Tihi and used with permission.