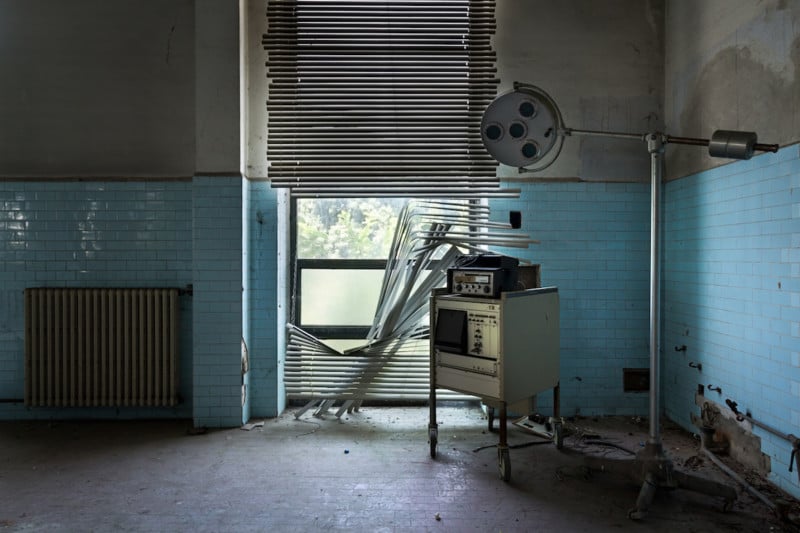 About 5 years ago, the last employees that worked here left. The company was bought by a Swiss giant in the industry and they decided to move the facility. The site this facility was built on was rented, but the new owners did not renew the contract.

Since then, the buildings has become derelict since there was no actual owner anymore. The land is partly poisoned and is not getting cleansed anytime soon. 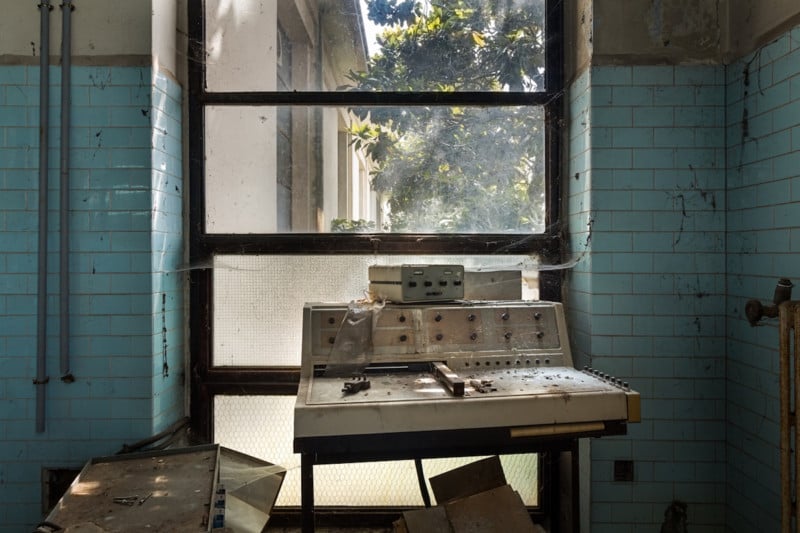 A year or two after the facility closed, there was a fire. The fire caused an acrid smell in the area. Firefighters were soon on the site and found evidence that the fire was most certainly deliberately started. Luckily, they managed to contain the flames pretty fast. When they finished, they had to check the building thanks to a rumor that the facility was occupied by refugees.

Local residents also repeatedly called the police because they had seen kids wandering around. 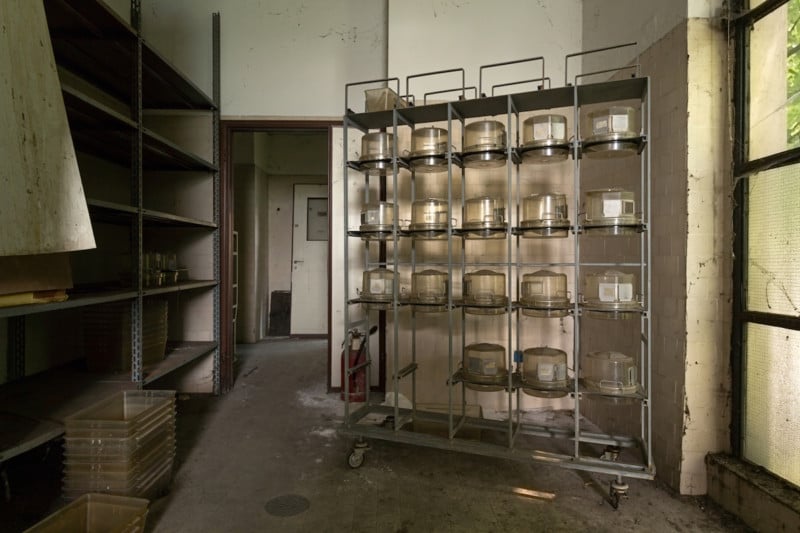 This chemical site was enormous. I only found one of the buildings on the site interesting enough to photograph though—it’s where they used to have their animal testing facility.

A lot of stuff was still there. I found an autopsy or operating table, medical equipment, lamps, an autoclave, and even a ‘glove box’ (the orange box). There was a lot of glass and other debris lying around. It’s hard to imagine, but this was probably caused by kids playing here and for example throwing rocks through the windows. I had to be careful where I put my feet. 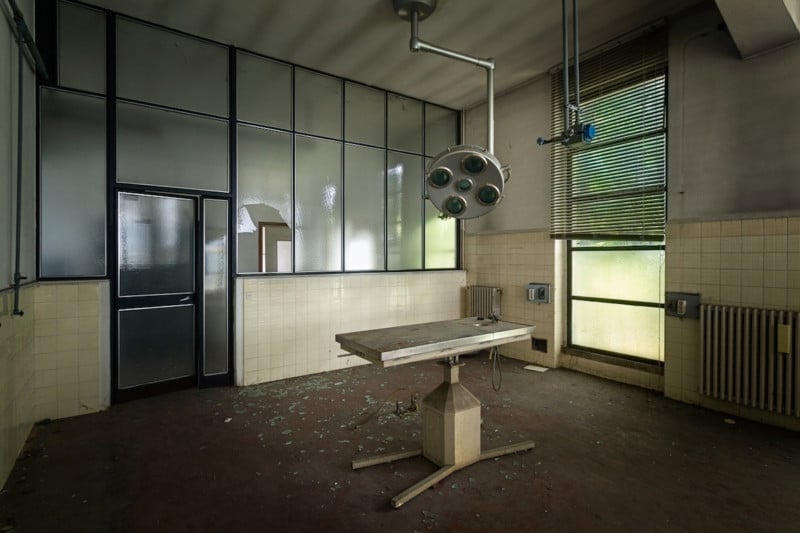 The room you see in the picture above, with the autopsy or operating table in it, was the first room I ran into. I started shooting here while my friend went to explore the rest of the building. This room I was shooting was the only one I was aware of that existed in the building.

Everything I found was a surprise. The cages were one of the last things I photographed. It was a hard shot to take because it was very dark and narrow. The mood inside the building was dreary. While processing the photos at home, I tried to recreate what I was feeling when taking the photo—this usually reflects in my processing. That’s most likely why this is a rather dark set with not a lot of color in it compared to my usual images.