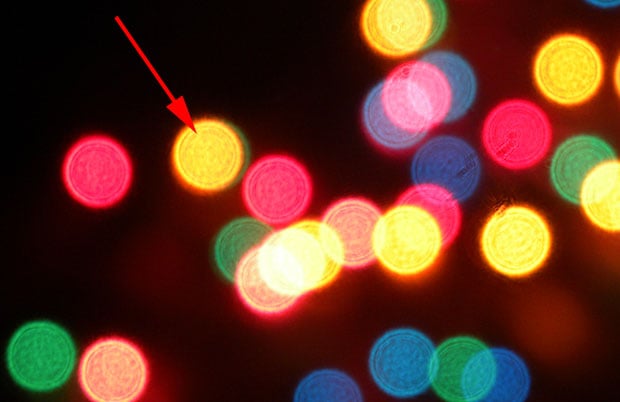 Have you heard of the “onion ring” effect in bokeh? It’s a rather obscure term that emerged as lenses began featuring aspherical lens elements to reduce aberrations and reduce size. Due to the way aspherical lenses are produced, strange “onion ring” lines can appear in out-of-focus points of light.

The term may also soon be a thing of the past: Panasonic has reportedly figured out how to cut the onion (effect), allowing aspherical lenses to produce smooth and pleasing bokeh.

The news was first reported over at Imaging Resource by publisher Dave Etchells, who was recently given a tour of Panasonic’s lens factory in Yamagata, Japan.

Etchells explains that “onion ring” bokeh is the result of how aspherical lenses are produced these days. Instead of grinding the lens glass down, it’s placed into a mold and heated until it conforms to the correct shape. The mold itself is created with a diamond tool that has “finite resolution.” Since the tool is unable to cut a perfectly smooth shape into the mold, it leaves extremely small ridges in the surface, which in turn cause the onion ring effect seen in photos.

Imaging Resource reports that Panasonic has solved this problem by making the production process of molds even more smooth through manual polishing. The company also provided IR with the following illustration showing how far the process has come over the past couple of years:

As you can see, the process has brought the resulting bokeh from “pretty nasty” (right) to something that’s comparable to what a non-aspherical lens would produce (left).

This technique and technology will likely trickle down through the lens industry over the coming years, and the “onion effect” may soon be a term that’s relegated to books on the history of photography equipment.

If you want a more detailed explanation of the onion effect and Panasonic’s new manufacturing process, take a look at the fantastic writeup over at IR. You can also learn more about onion rings over at Paul van Walree’s toothwalker.