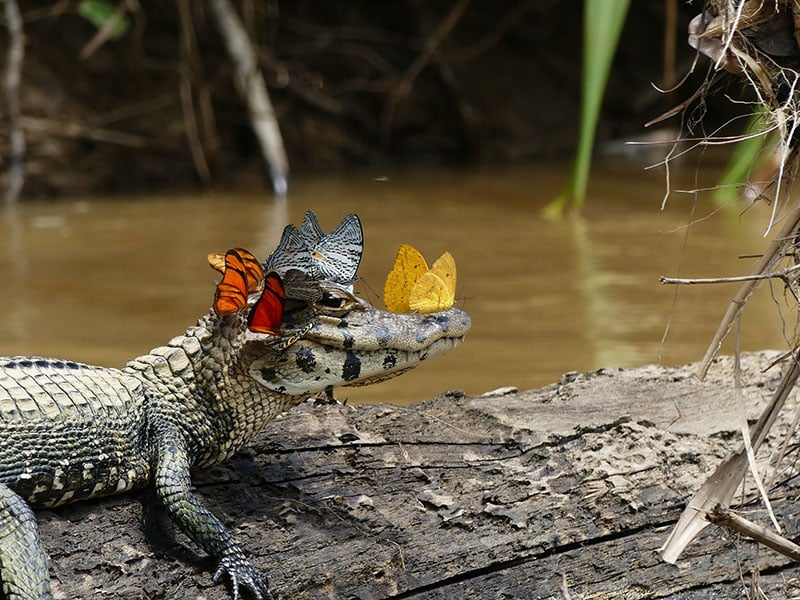 Photographer Mark Cowan has been honored with Special Commendation at the 2016 Royal Society Publishing photography competition for this remarkable wildlife photo, titled “Butterflies and caiman.” It shows a caiman in the Amazon wearing a crown of butterflies on its head.

The butterflies were gathering on the caiman’s head to collect salt, Cowan tells the Royal Society. He saw and captured the scene while on a scientific expedition to the Amazon with researchers from the University of Michigan. Here’s a closeup: 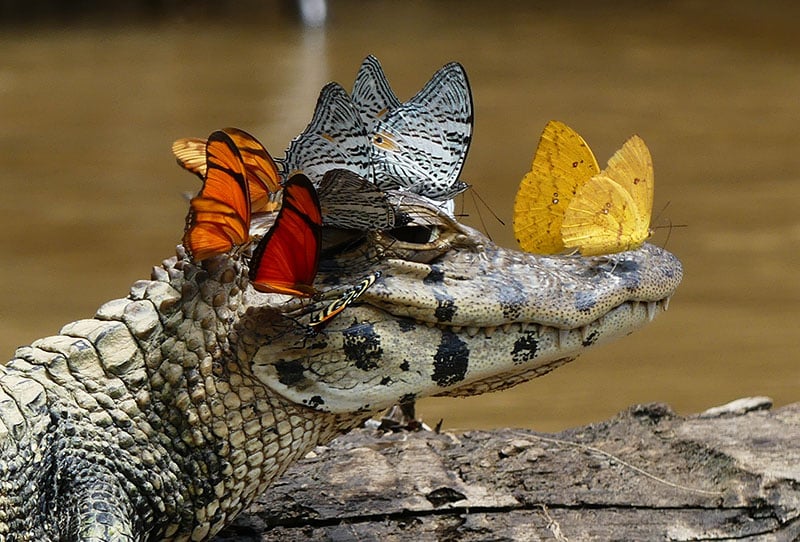 While butterflies and bees have been spotted collecting salt on caiman before, the rare sight caught in Cowan’s photo is the fact that the butterflies grouped themselves on the creature’s head by kind.

In 2014, a similar photo of butterflies collecting salt by drinking turtle tears was awarded Picture of the Year by the Wikimedia Commons. You can find the rest of this year’s winners in the Royal Society contest here.

(via The Royal Society via Colossal)

How to Add ‘Dynamic Contrast’ to Your Images Using Only Photoshop