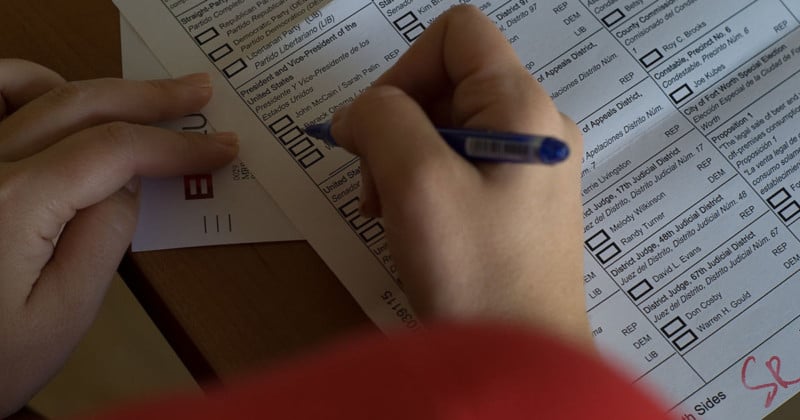 If you’re planning on taking a selfie with your ballot this November—whether it’s to trumpet your political allegiance to the world, or just to celebrate the right to vote—hold on a second. Because if you live in one of several states, you might be committing a felony.

We’re not kidding. While ballot photography isn’t illegal federally, several states across the US have laws in place that could get you in a lot of trouble if you take a picture of your filled out ballot.

That’s what happened to Michigan voter Joel Crookstan when he innocently took a ballot selfie in 2012. He faced a fine of $500 and up to 90 days in jail for his transgression, and now he’s at the center of a lawsuit against Michigan Secretary of State Ruth Johnson challenging this harsh law.

The suit was filed by the Pillar of Law Institute, who is going after Michigan on several grounds. For one, not being allowed to photograph your own ballot, they argue, is unconstitutional censorship of free speech. But they’re going even further. They argue that any ban against general polling place photography, something the press are allowed to do, violates both free speech and equal protection.

It’s a strange legal battle over a very specific form of photography, but the result could have nationwide impact if a precedent is set. Plus, if you think a few silly laws and some jail time are going to keep people from taking ballot selfies this coming November, you (and the state of Michigan) are kidding yourself.

Ep. 107: Are the Sidelines a Place for a Parent With Two Kids Strapped to Them?