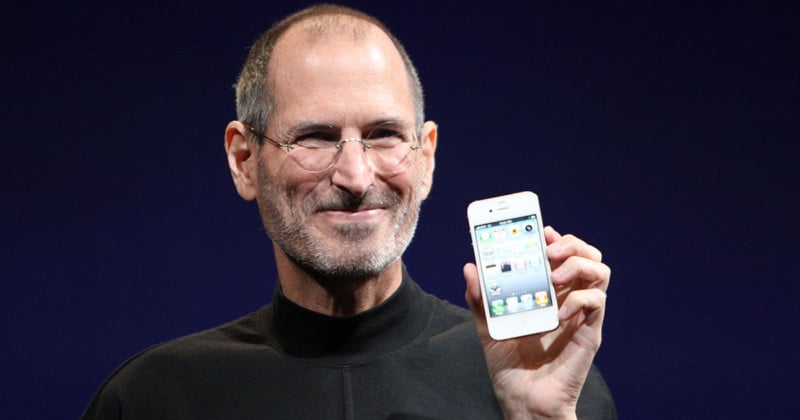 Steve Jobs has been inducted into the International Photography Hall of Fame. The Apple founder is being honored for transforming the world of photography through his company’s products, most notably the iPhone.

The International Photography Hall of Fame and Museum made the announcement today in honor of its 50th anniversary, as well as to mark this year’s World Photo Day.

Jobs joins a short list of other big names of the industry to be enshrined in the St. Louis, Missouri-based Hall of Fame in the class of 2016. Each of the 8 people were selected “for their artistry, innovation and significant contribution to the art or science of photography.”

“Steve Jobs was an American inventor and entrepreneur who cofounded Apple and led it to become the world’s most innovative company,” the Hall of Fame writes. “Steve helped create products that revolutionized the creative world and became essential tools for designers, filmmakers, music producers and photographers.”

“Passionate about photography both in his work and personal life, his most profound contribution to the artistic community and the world is the iPhone which, in less than a decade, has changed both the art of photography and the industry around it.”

Here’s how the original iPhone’s camera and photo features were unveiled in the 2007 phone announcement:

After the iPhone was announced in 2007, standalone digital camera production peaked around 2009 and 2010 before plummeting rapidly — in the same span, smartphone sales have exploded. The iPhone also quickly became the most popular camera on photo sharing sites such as Flickr.

AP’s Robot and Remote Canon DSLRs at the Olympics

The Crowd of Photographers at the Rio Olympics