Photographer Brian Maneely just shared one heck of a “commercial” for Pentax DSLRs. In a story posted on Ricoh Imaging’s Facebook page, he shares how he and his camera got doused in pink fire retardant by a firefighting plane… and then kept on shooting.

We’ve heard of cameras being coated in Holi powder, but getting doused with fire retardant is a new one. According to Maneely, the whole thing happened in the town of Ukiah in Northern California this past June.

“There was a wildfire that got extremely close to my house,” explains Maneely, an experienced photojournalist who has photographed wildfires in the past. “Our neighbor was evacuated, so we prepared to do the same. [But] after packing a bag, I grabbed my Pentax K-5IIs and went onto the roof to get some photos of the planes dropping fire retardant on the blaze.”

That’s when, exposed on his roof and shooting the action, one of the planes unexpectedly changed course and dropped its load of fire retardant directly on Maneely and his camera. He captured this shot while running for cover, shooting over his shoulder so he wouldn’t miss the action: 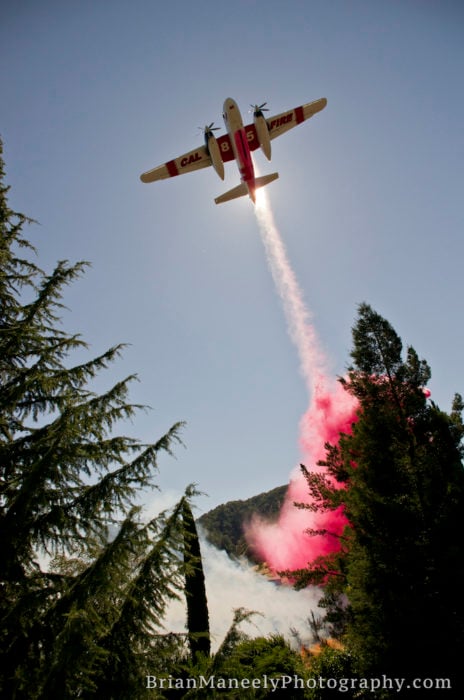 You have to give Maneely credit for what he did next. Seconds after being blasted with pink fire retardant, he “wiped off the lens, sprayed myself off with a hose, and kept shooting.”

A month later, his trusty Pentax K-5IIs still shows the tell-tale signs of having been covered in a substance that is designed to cover every nook and cranny of the “foliage” (or, in this case, photographer) its aimed at. But it’s still shooting fine.

It seems Meneely escaped this incident with both a Pentax commercial and a cool story to his name. 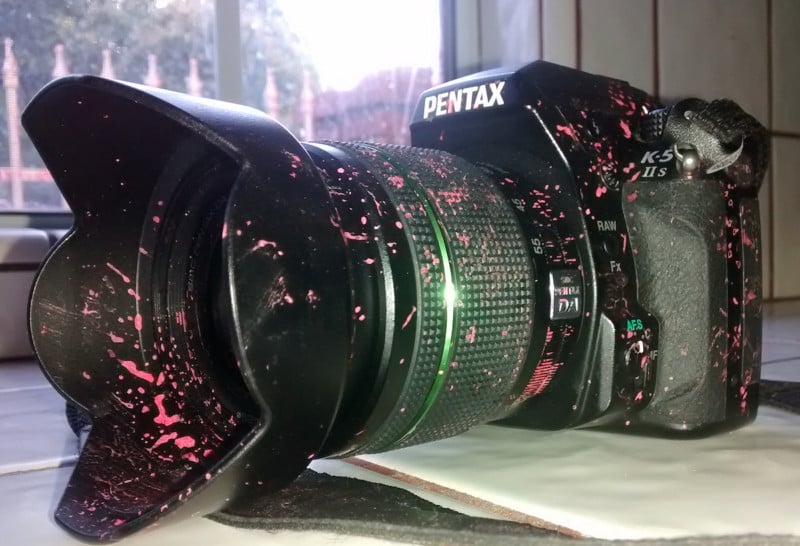 Image credits: Photographs by Brian Maneely and used with permission.

What It’s Like to Shoot the Republican and Democratic Conventions

PSA: This is Why You Need to Dress Up When You Shoot Weddings