The Inuits in the region call them “American Flowers,” but in reality they’re old, rusted, leaking fuel containers; ten thousand of them scattered across the otherwise-pristine Greenland landscape on what used to be an Air Force base during World War II.

The base—its leaking and rusted barrels, dilapidated cars, and crumbling asbestos-laden buildings—is the subject of photographer Ken Bower’s project American Flowers. A documentary photography project that seeks to shed some light on the wreckage left behind and encourage the US Government to go back and clean up the base, which was abandoned in 1947.

Bower has dedicated two summers to the project, hiking out into the tundra, camping solo, and capturing images of the remains. 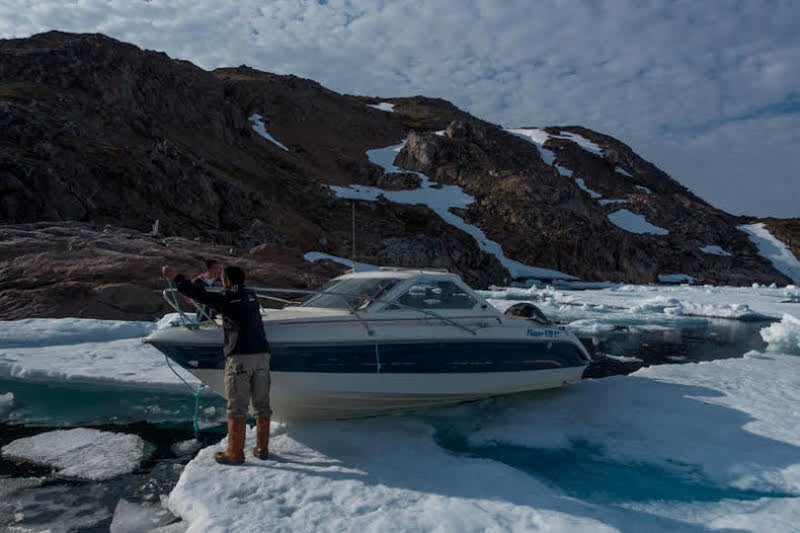 “I have always been drawn to lands where the light, land and sea meet,” Bower told PetaPixel over email. “Nature trying to reclaim the landscape; juxtaposed with the industrial wartime work of man is a theme throughout this body of work.”

Though it drew him so, this project has been anything but easy. Getting to this remote piece of Greenland, called “Bluie” during WWII, has been no easy task:

My friend agreed to drop me off at the base via his small boat. At times we would drive the boat onto a piece of ice, get out, and push it to the other side in order to find a path through the ice. It took 3 attempts over 6 days to get dropped off at the Air Force base by small boat.

I finally made it there! I hiked a few miles inland to set-up my campsite. I hiked inland to get away from the water as the polar bears usually travel in or along the water. I also had a trip wire device around my campsite which would trigger a blank 12g at each corner post if tripped.

Polar bears, brutal conditions, and the possibility that he wouldn’t be able to get out when the time came were all challenges Bower had to face to capture these photos: 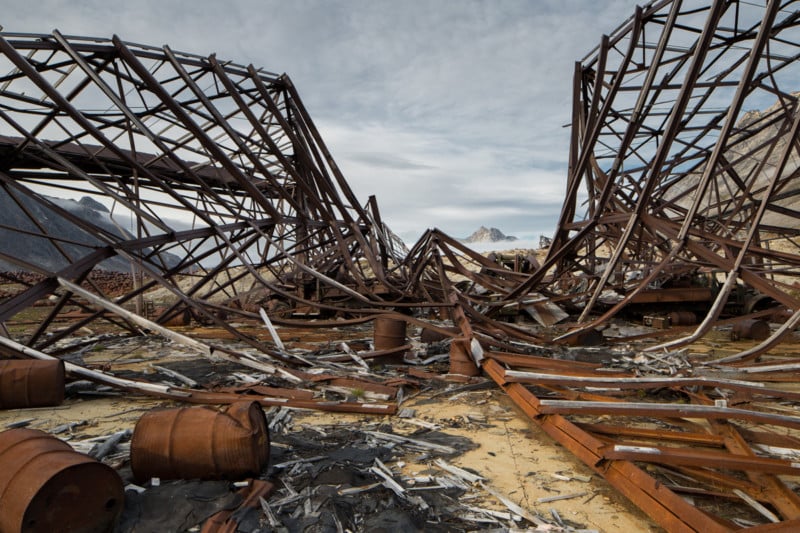 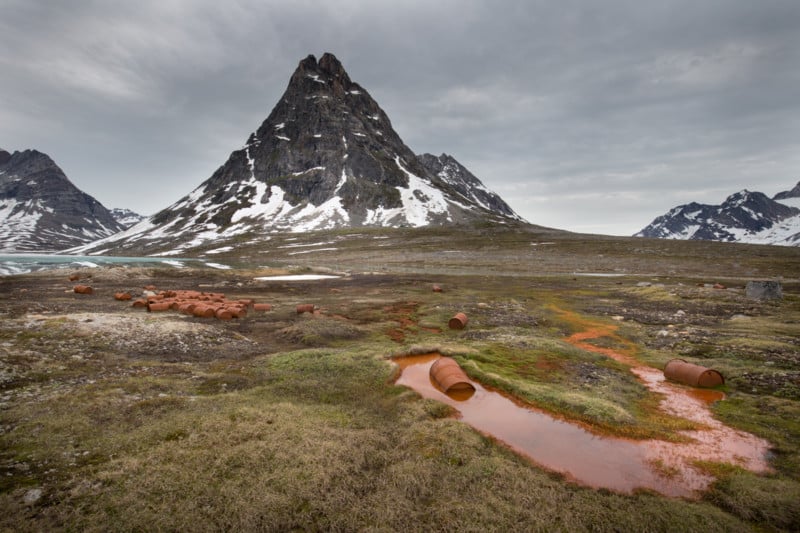 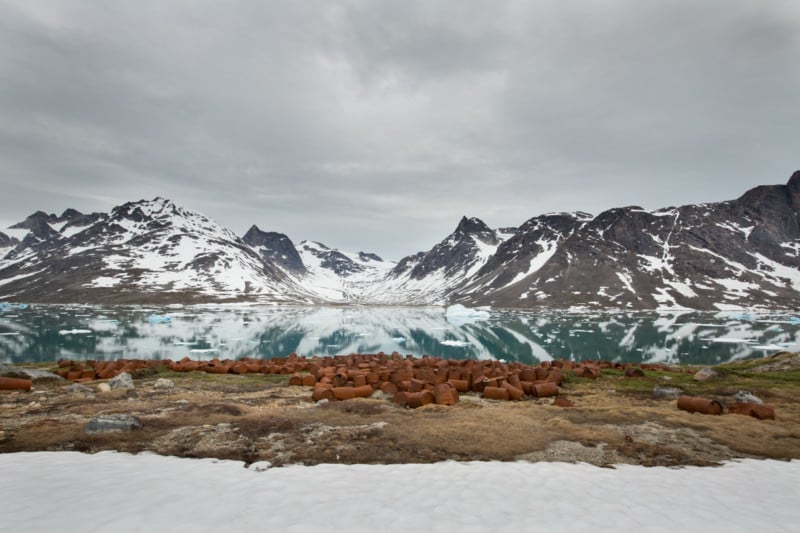 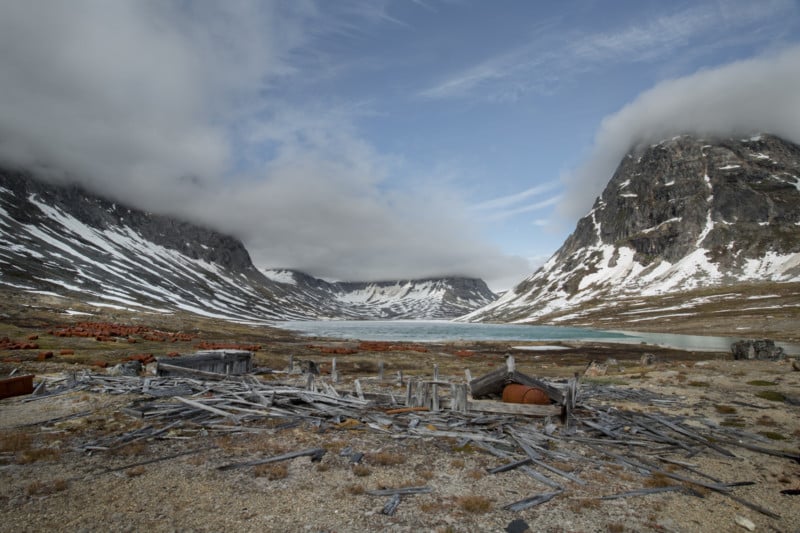 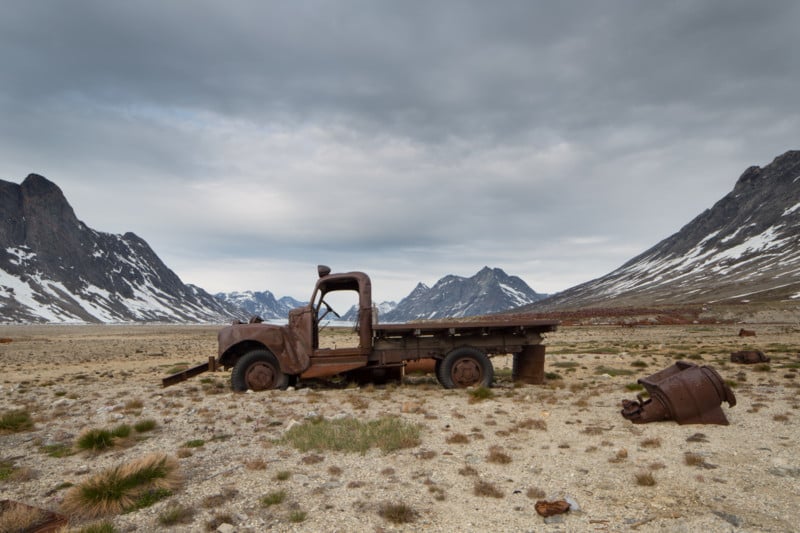 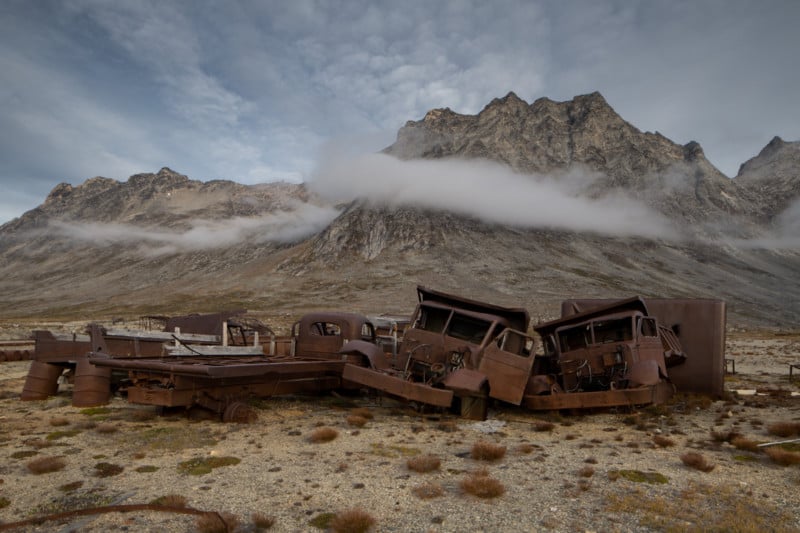 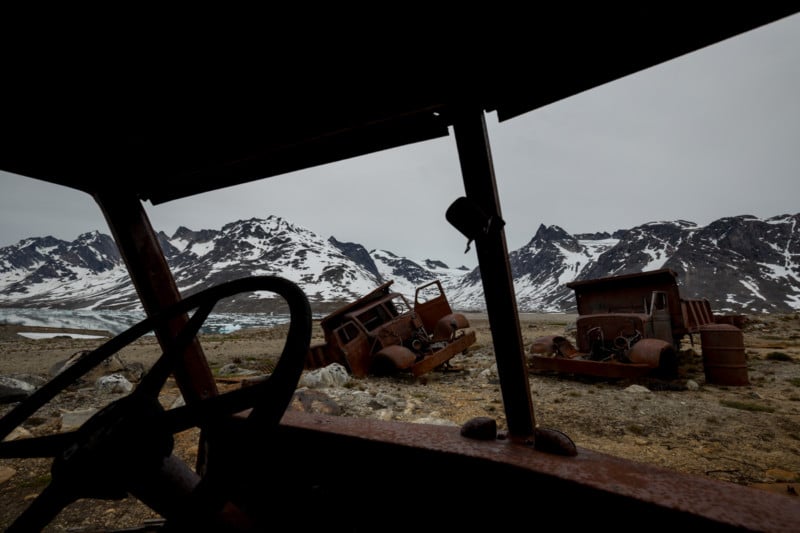 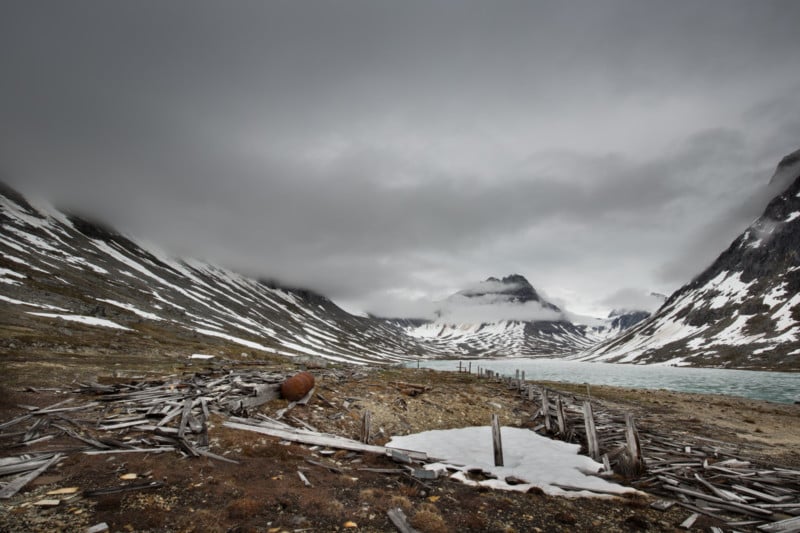 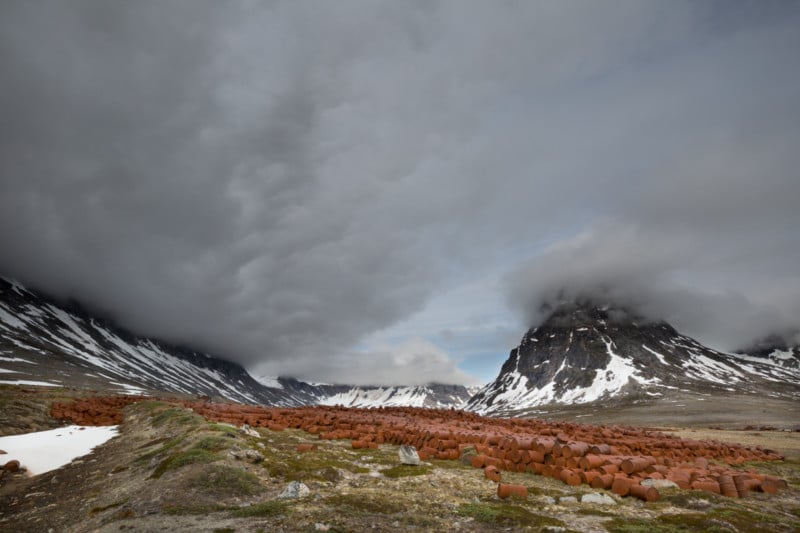 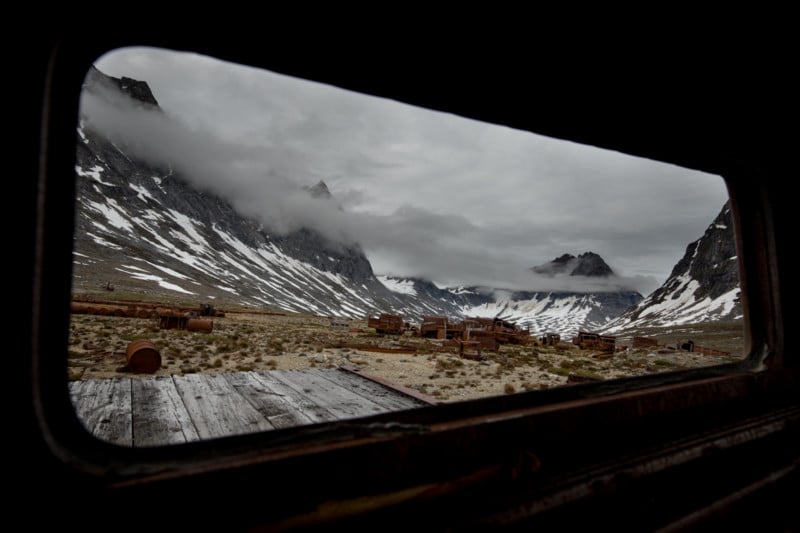 In the end, this is about more than showing people a piece of the Earth they may never get to see with their own eyes. Bower seeks change. Accountability.

“The US Coast Guard has been in the area over the past 4 years trying to recover a WWII plane which crashed,” he said. “They have spent millions every year, however, there has been no effort to clean up the base.”

To that end, he’s started a Change.org petition to accompany American Flowers. If these photos moved you, you can now lend your voice to the 190 people who have already signed in the hopes that the government will allocate some funds to cleaning this abandoned base up.

And if you want to see more of Bower’s work, head over to his website.

Image credits: Photographs by Ken Bower and used with permission.

Bill Cunningham’s Photo Rights Valued at $1 Million, 25% of His Net Worth

A Tale of 2 Lenses: Bringing a Long and a Short Lens on a Safari