With the exception of the opening shot, Joe Capra of Scientifantastic‘s beautiful time-lapse Two Lands stays pretty far away from the humanity. A trip into the snowy wilderness of Iceland and Greenland, the time-lapse treats you to some spectacular landscapes complete with enough Aurora to make your head explode with wanderlust.

The Los Angeles-based photographer — whose work has been featured by the Discovery Channel, National Geographic, Animal Planet, The Washington Post and many more — shot these scenes while on assignment for Panasonic.

Three Canon 5D Mark IIIs, various Canon lenses, and Dynamic Perception and eMotimo motion equipment in tow, he spent 4 days shooting in Iceland and 6 days shooting in Greenland. And even though some of the imagery he captured is still “in lockdown” by Panasonic, the ‘leftovers’ that went into creating Two Lands are nothing to scoff at: 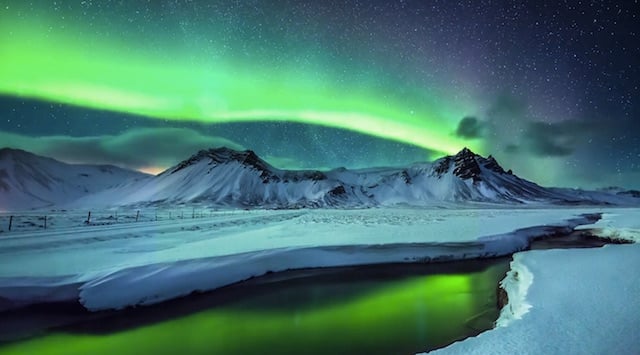 The locations captured, in case you want to go visit them yourself, include Kangerlussuaq, Ilulissat, Ilimanaq, Ilulissat Ice Fjord, Russell Glacier, Greenland Icecap, and Disko Bay in Greenland; and the South Coast, Snæfellsnes Peninsula, Kirkjufell, and Grundarfjörður in Iceland.

Inside the Warrior: Striking Portraits that Reveal the Masculine Side of Yoga