Before last week, I hadn’t talked about this outside of my circle of close friends, but I can no longer afford to keep it quiet. As a woman shooting assignments around male photographers on a daily basis, I commonly feel the need to act with bravado in order to prove myself worthy around other — primarily older, primarily male — photographers.

Regardless of their experience, whether it’s a suburban dad, a hobbyist, or a press photographer, right off the bat, I am regularly treated as inferior — it’s a hurdle that I have to consciously combat to be taken seriously.

Over the years, I’ve built up a series of strategies to avoid being written off when going into a situation in which I will be around other photographers.

Take the whole “my lens is bigger than yours” concept — I frequently keep my lens hood on my lens, even in situations where it isn’t necessary, in order to act tough and to try to prove my worth with the physical size of my gear.

Once, I built up my camera to be so laughably oversized that it constantly received comments from old men – things like “My, little lady, your camera is so BIG!!” (To this day I don’t know why they tell me this? Do they think I didn’t notice that very heavy weight on my right shoulder?)

Even then, amateur male photographers will take pleasure in leaning over and instructing me how to change my shutter speed.

But the patronization is not always so blatant. What initially inspired my recent FB post was a photographer I encountered at a local Ferris wheel I was planning to shoot. The guy began showing me his photos on his phone, talking about his work, and giving me his suggestions for my shots. Never once did he ask to see my work or ask what I was doing there.

Maybe it was an accidental oversight on his part or a disinterest in other photographers’ work. However, that sort of act has happened to me so frequently in the ten years I’ve pursued shooting, that even if it were a coincidence, it’s so similar to the rest of my encounters that it’s simply par for the course. 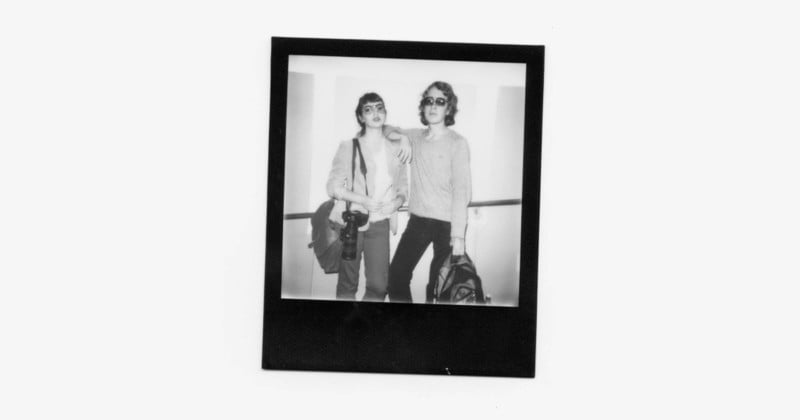 I can confidently say that the majority of times I engage with a male photographer, he will impose his work on me and lavish me with his wisdom or suggestions for compositions without showing any interest in my photography.

I can think of a single time recently that an older, male newspaper photographer treated me as an equal immediately. His attitude took me by surprise and I am proud to call that photographer a friend simply because he didn’t write me off.

We were both covering the same story at a courthouse and I asked about the mirrorless camera he was using. He immediately began talking technical with me, assuming that I understood the terminology (which I did).

Usually they use terms like “yeah I have a BIG CAMERA” or I use a “BIG lens” instead of telling me the specs or anything useful.

After writing a Facebook post about this, a friend of mine mentioned that, as a female grip in the film industry, “It feels like you already have to be an expert and ready to spout tech specs in order to start being respected.”

I frequently employ the “spouting tech specs” strategy as well, diving into conversations about focal lengths or sensor technology simply to initially establish my competency.

When I’m treated like a little girl, yelling, “Stop! I’m a good photographer too! I know this!” isn’t appropriate. So a lot of the time I just nod along and tune out for a bit.

But I’m tired of doing it and don’t really know how to stand up for myself in these situations. What I really want to do is question why they made the assumption that I didn’t know what I was doing.

Ever since my initial post, I’ve received an abundance of comments and messages from other women photographers with their own similar experiences. I assumed this was happening to all of the female photographers I knew, even the ones so madly talented that I felt too starstruck to approach.

But in this case, talent isn’t even relevant, is it? Whether or not you know of our work when you first meet us, why not treat us with respect?

Part of what kept me quiet at first was self-doubt in my own work — maybe I wasn’t deserving of their respect. But in this case, the work itself isn’t the problem.

I recognize that this issue is complex: factors like age and experience influence the situation as well. And don’t misunderstand me; I am always eager for advice from established photographers looking to help me improve.

But when I hear that women photojournalists photographing for major newspapers face the same struggles I face, I know that this issue is not isolated and is a prevailing undercurrent in the field of photography.

I just hope this industry wises up to how we, as women photographers, have to be conscious of this dynamic and prove our self-worth daily in order to get the basic respect that most male photographers are familiar with naturally.

About the author: Emma Howells is a photojournalist and the photo editor of the The Post in Athens, Ohio. The opinions expressed in this article are solely those of the author. You can find more of her work and connect with her on her website, Tumblr, Instagram, and Facebook. This article was also published here.