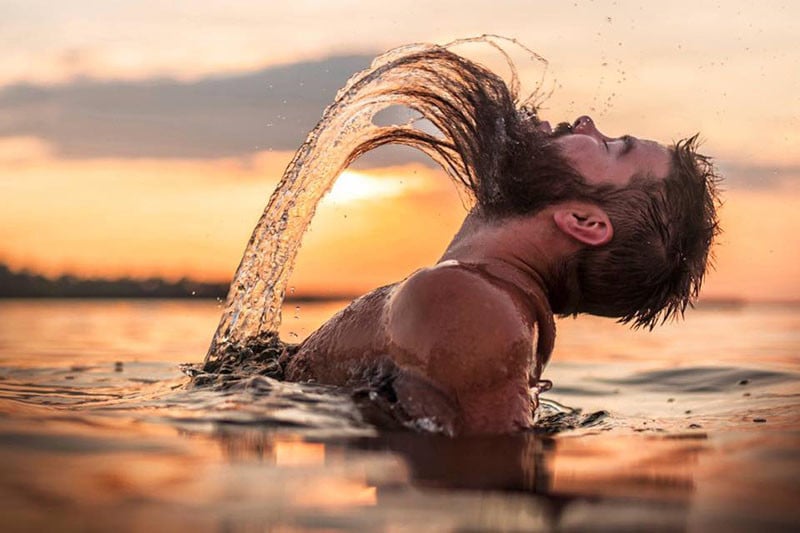 Sprouse says the photo came about while he was testing a DiCAPac waterproof camera case he got from Amazon for $40 — the expensive underwater housings for his Nikon D750 just didn’t make financial sense to purchase.

“On Monday some friends and I went out on the not-so-clear lake in our hometown and decided to anchor up to watch the sunset,” Sprouse tells PetaPixel. “I brought my camera along in its waterproof bag (mainly for protection against splashing) and decided to see how “waterproof” this bag actually was.”

“Dusty, the majestic gentleman in the picture, and I seemed to have the same idea at the same time,” he continues. “Somehow the stars aligned and his head flung back and created the most spectacular wave of water coming out of his beard and I was ready with the camera. Parody complete.”

Image credits: Photograph by Matt Sprouse and used with permission