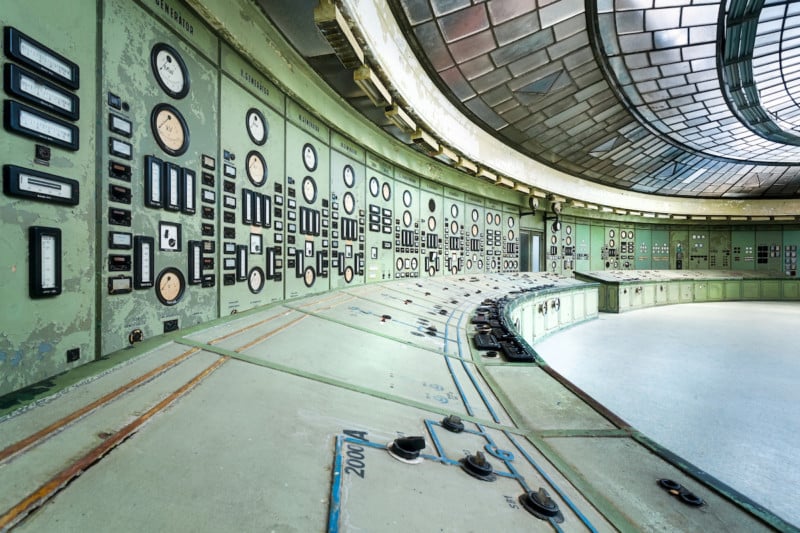 The control room itself has been abandoned for quite some time, but most parts of the location are still in use providing power to a major city nearby. Therefor me and my friends were only allowed to visit a fragment of the huge complex. Luckily enough, this happens to be the most beautiful abandoned control room I have ever seen. One of my recent articles received quite a bit of negative feedback because of the processing of the photos in it. Even though some of the reactions were rather harsh, I have to agree with most of them.

I regret using photos that have been shot and processed in 2014 when I was still using Photomatix/tonemapping instead of re-processing them. Since 2015 I have changed a lot in my processing and I hope the pictures in this article, taken and processed last week, help to support that claim. I still have my own way of processing photos, which is a lot more ‘natural’ than two years ago in my opinion, and it remains a matter of taste whether you like it or not.

Anyway, let’s dive into the history of this amazing building. The control room is located in a power station that’s over a 100 years old. As mentioned above, the power station is semi-abandoned as most parts of it are still in use (privately owned). On a regular day it supplies the major city nearby with 60% of the heating and hot water. 4% of Hungary’s total energy supply also comes from this power station.

The main gas supply to this power station comes from Russia through Ukraine. In case it gets shut off, for whatever reason, the station has a liquid fuel-oil reserve on-site that can last for eight days. 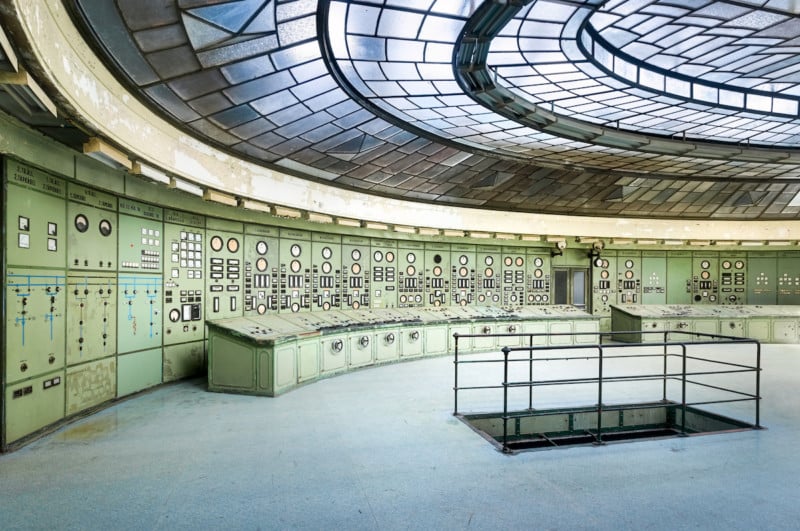 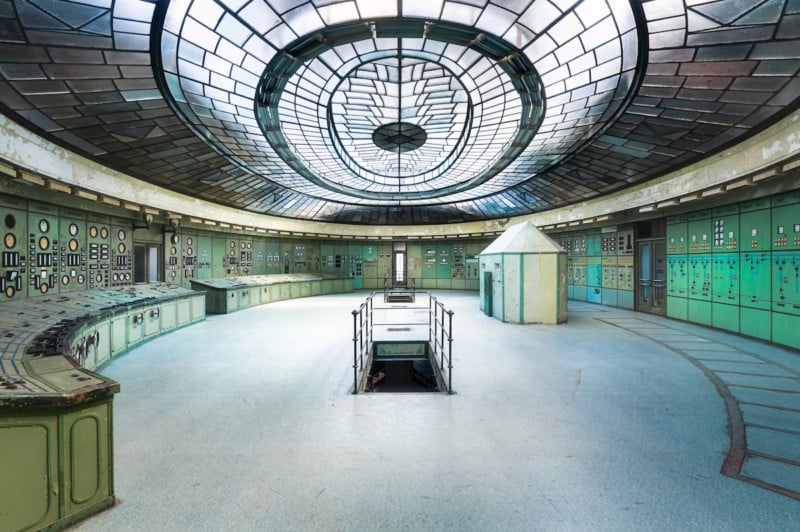 The most precious feature of the station is the amazing art-deco control room with a huge glass ceiling, which has been shut down since 2005. It was designed by two architects around 1927, Kálmán Reichl and Virgil Borbíro, and was constructed within 2 years. The control room is protected by Hungarian law shielding it from ever being torn down. Unfortunately, this also means the control isn’t being touched at all, read: it’s not being restored. 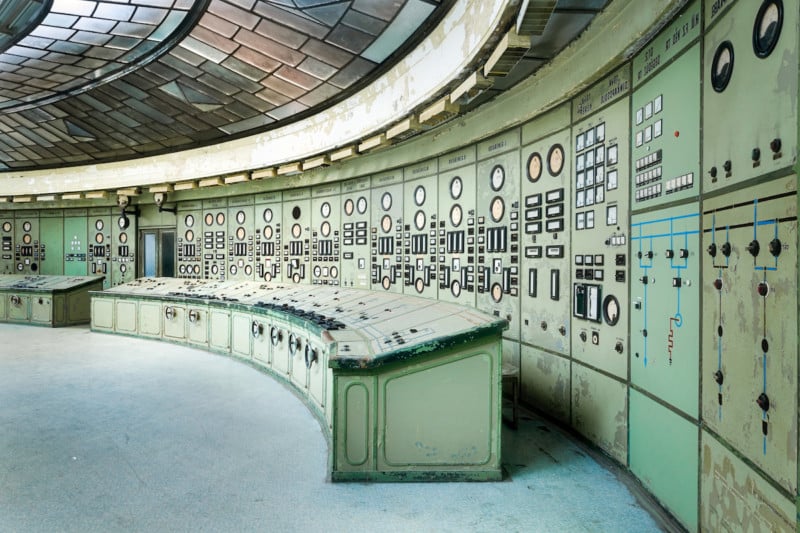 The box-building, the one that looks like a small house, was actually built as a shelter for the workers in case the station would be bombed during WWII. Fortunately, that didn’t happen.

Nowadays the control room and the other old parts of the station that are no longer in use are often used in films and music videos. The most recent example I remember noticing the control room in is the movie ‘Spy‘ with Melissa McCarthy.

Visiting this beautiful location was great fun and I tried to capture a few photos outside of the control room in areas that we were allowed to see. Below you can find a couple of the other photos I made during my visit to this beautiful old power station: 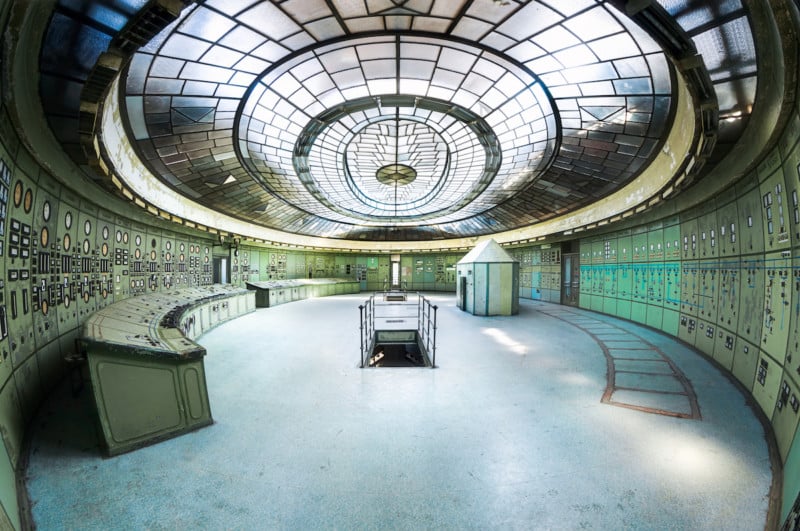 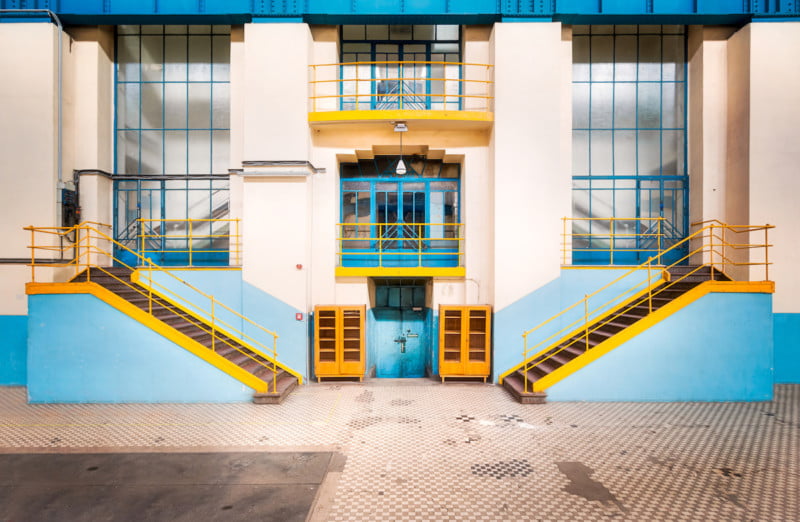