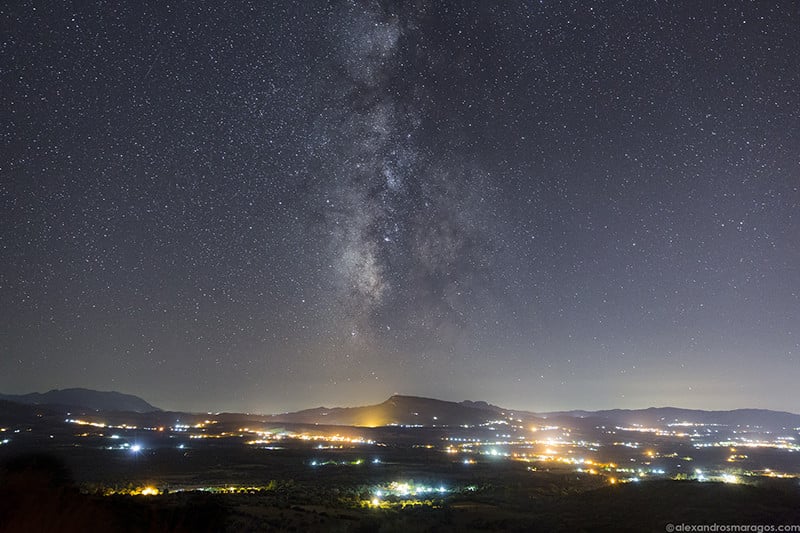 The Milky Way is the name of the spiral galaxy in which our solar system is located. It is our home in space. The Earth orbits the Sun in the Solar System, and the Solar System is embedded within this vast galaxy of stars.


In the northern hemisphere, the Milky Way is visible in the southern half of the sky. This makes Greece one of the best places in the world to see and photograph the galaxy because of the country’s geographic location in Southern Europe at the crossroads of Europe, Asia, and Africa.

Greece’s mainland is located at the southernmost tip of the Balkan Peninsula. It has 6,000 islands and boasts 13,676 kilometres (8,498 mi) of coastline. 80% of the country is mountainous. There are literally countless locations from which someone can view and shoot the Milky Way.

As a filmmaker and photographer I feel very fortunate to live here. Every time I want to shoot the night sky, all I do is to pick a new spot on the map and just go there and take the shot. Greece is a heaven for astrophotography. Whether you choose a mountain, a beach, a peninsula or any of the 6,000 islands, the Milky Way is always visible in the southern sky.

The best month to photograph it is July and for clean shots you just need to avoid extreme light pollution and a bright moon.

Don’t let light pollution stop you from shooting the galaxy. Use it, make it work for you. Last June I wanted to see just how close to the heavily light polluted sky of Athens it is possible to capture the galaxy. I went to Cape Sounio at the Temple of Poseidon which is located 70km (43 mi) southeast of Athens at the southernmost tip of the Attica peninsula.

I picked a moonless night with favorable atmospheric conditions and when I got there the Milky Way was visible to the naked eye but the light pollution coming from the temple’s lights was overexposing the shot. I decided to used this extra element in this shot and the image from that night became an Astronomy Picture of the Day (APOD) by NASA.

Here are, in my opinion, the top 5 locations in Greece to shoot the Milky Way:

Between you, the camera and the Milky Way there is only the huge body of water of the Mediterranean Sea. The distance between Gavdos and the closest land to the south which is the city of Tobruk in Libya, is 165 nautical miles (307km / 190mi). The light pollution is zero.

Here’s the equipment I use to shoot the Milky Way: 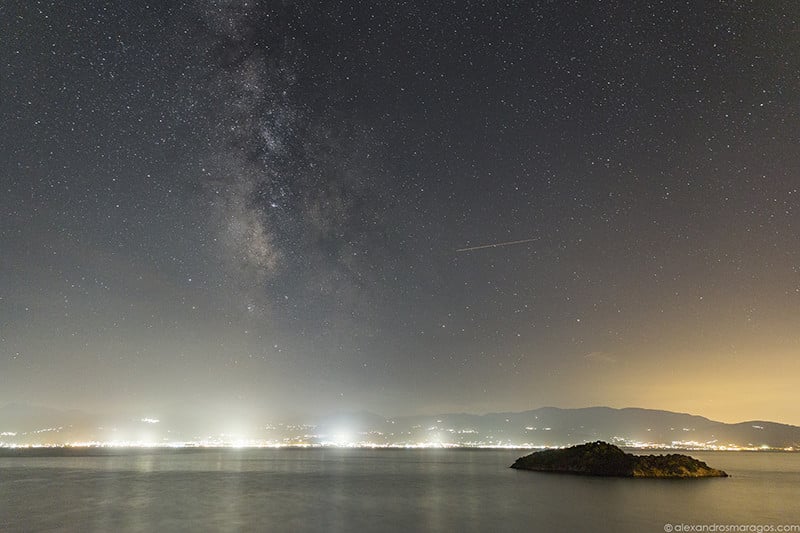 I always shoot RAW for flexibility and I edit all the shots in Adobe Camera Raw. On the Milky Way shots I do basic color correction, noise reduction, sharpening and 30% to 40% dehaze. After finishing in ACR, if needed, I move into Photoshop for the final touches.

About the author: Alexandros Maragos is an Athens based filmmaker and photographer best known for his landscape photography, astrophotography and timelapse imagery. In addition to having been featured by international organizations and publications including NASA and National Geographic, his photography and timelapse imagery has been licensed by some of the biggest corporations in the world. Alex is a Getty Images contributing photographer and member of the Getty Images Global Assignments Roster. To see more of his work visit his website or follow him on Facebook, Twitter, or Instagram. This article originally appeared here.

How to Create Raindrops of Light with Steel Wool