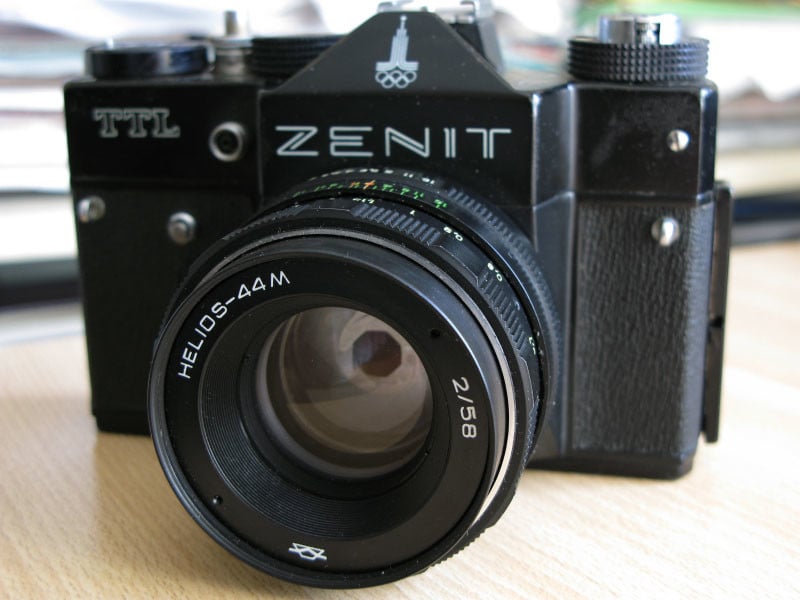 In the 1970s and 1980s, photographers on a budget had help from an unlikely corner. While the West may have faced occasionally tense stand-offs against the Eastern Bloc, two of the Communist world’s biggest camera makers made millions of cameras that helped amateur shutterbugs get on the first rung of proper picture-taking.

One of them was East Germany’s VEB Pentacon, home of the Praktica range of SLRS. And the other was the giant KMZ, just outside of Moscow, and makers of another name synonymous with analogue photography: Zenit.

The first Zenit to really take off in the West was the Zenit E of the 1960s. Like the Praktica – and more importantly, Pentax’s Spotmatic range – the E used the M42 lens mount. That meant a vast range of cheap lenses – like the subsidised ones made by Praktica and KMZ. Next to the sleek, smooth Pentaxes, the Zenit felt pretty crude and agricultural.

The E had a meter, but unlike the through-the-lens metering starting to creep into more advanced models, this was a selenium meter whose readings had to read off the top plate and then transferred to the shutter dial and lens. Not exactly lightning fast. 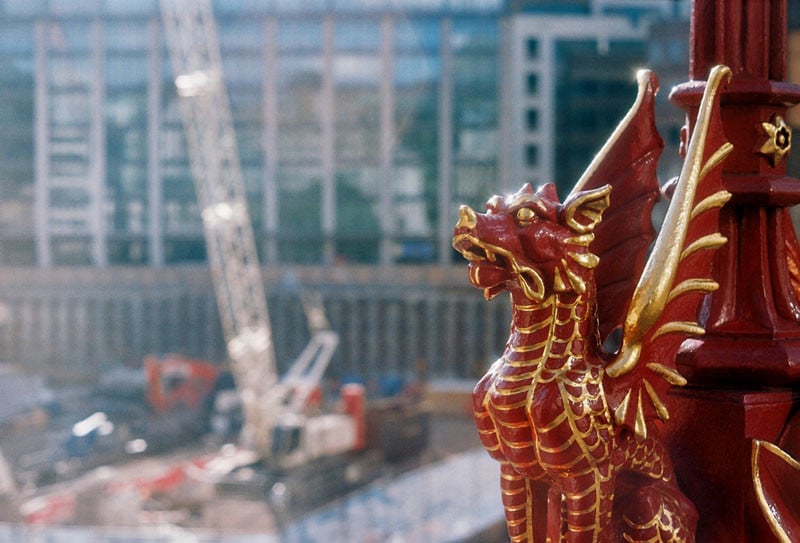 The Zenit E soldiered on in production until 1982, but it was decidedly old tech long before that. The engineers at KMZ, however, had found a way of giving the humble E a reset. In the mid 1970s, they upgraded the E so it was capable of automatic stop down metering with certain lenses, and a shutter button separated from the winding lever and frame counter. This was the Zenit EM.

In 1977, a further upgrade appeared. On the outside, it was pretty similar to the Zenit E, bar one major difference; gone was the plastic window for the selenium meter, and the match-needle window on the top plate. Instead, the Zenit TTL boasted a battery-operated through-the-lens meter, just like the more sophisticated SLRs being made in West Germany and Japan.

By the time production finished in 1985, more than 1.6 million Zenit TTL’s had been made; at the time a total only bettered by the Zenit E.

The Zenit TTL is a pretty simple, rudimentary camera. Apart from the camera’s metering, the biggest difference was the rewind function, updated to make it more similar to Western cameras (and a lot easier on the fingers than the roughly knurled rewind knob of the Zenit E). 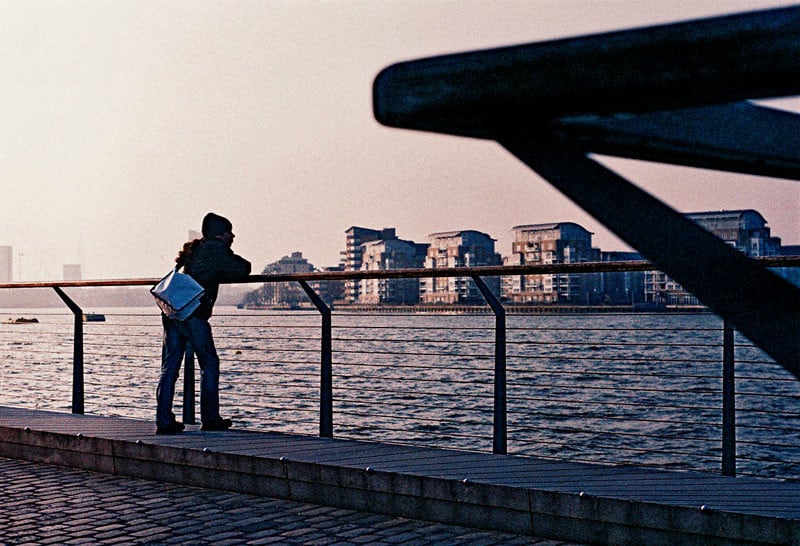 Specs wise, the TTL boasted the same range of shutter speeds and ISO settings as the E; B, 1/30, 1/60, 1/125, 1/250 and 1/500. While this was much more limited than those offered on contemporary Canons or Nikons, the TTL could be had for a fraction of the price. Along with the various screw-mount Prakticas and other SLRs in the Zenit range, the TTL opened up SLR photography for a whole generation of photographers who couldn’t afford more sophisticated cameras.

Many thousands of Zenit TTLs made the journey westward, sold to raise hard currency for the Soviet Union. So many, in fact, that nearly four decades on the TTL is still a very common camera, found in flea markets, car boot stalls and camera shops, aswell as cropping up regularly on eBay. 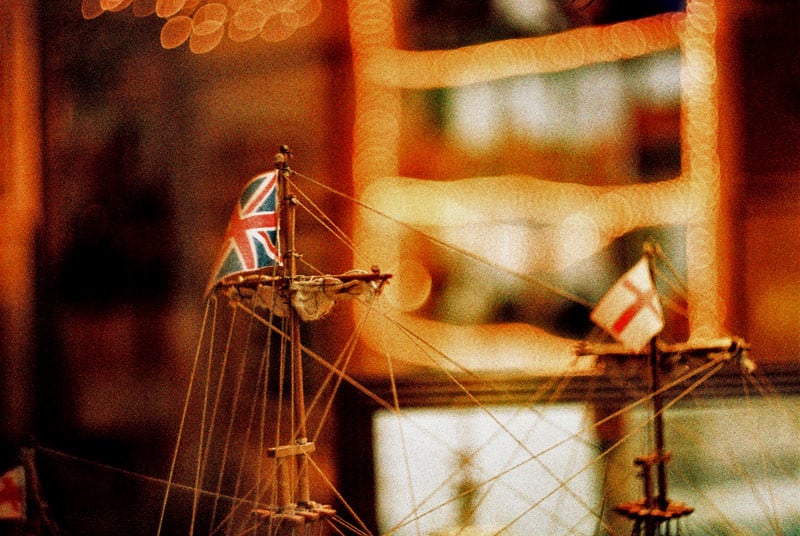 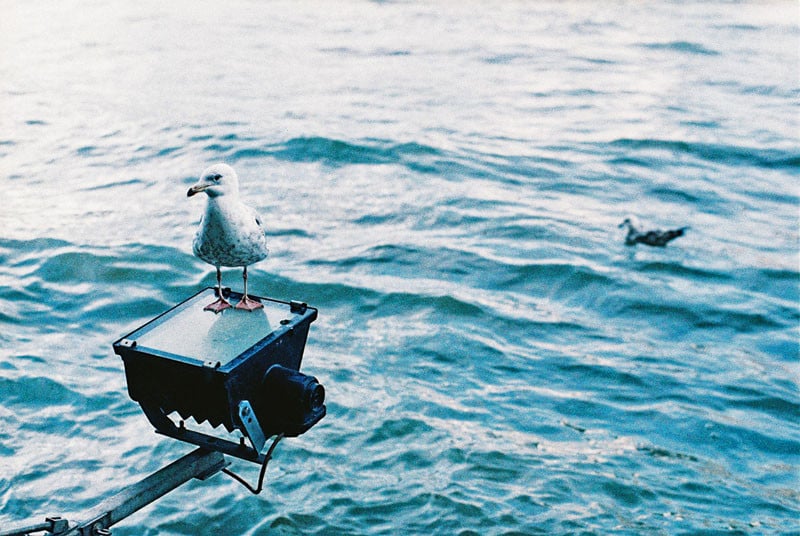 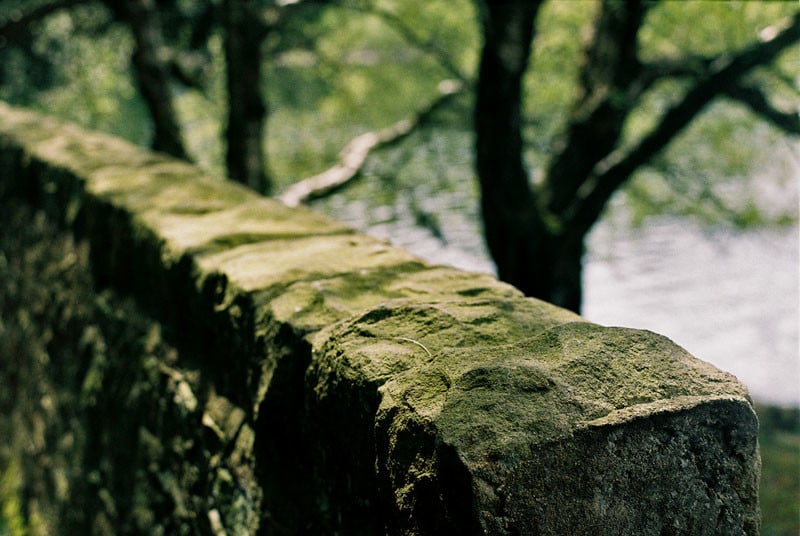 I picked up an almost mint TTL body last year for less than £10 (~$13); it came without a lens, but was working perfectly. TTLs on sale could have issues with electrics, leading to a dead meter – no great surprise, since many of them have probably been sitting in cupboards and attics for years. Most camera repairers should be able to bring a TTL back to life without too much trouble, but the cameras are so cheap that many don’t bother to get them repaired. Another body an be bought for much less than the cost of repair.

The TTL’s simplicity itself to operate; press the shutter halfway down and it activates the meter. There’s no glowing pluses or minuses in the viewfinder – calm down, Buck Rogers – but the old-fashioned match needle springs up or down depending on whether the scene’s under or over-exposed. Match needles aren’t as useful as lights as they can be hard to read in low light; the TTL’s viewfinder isn’t exactly dim, but it’s not nearly as bright as the Zenit E’s. 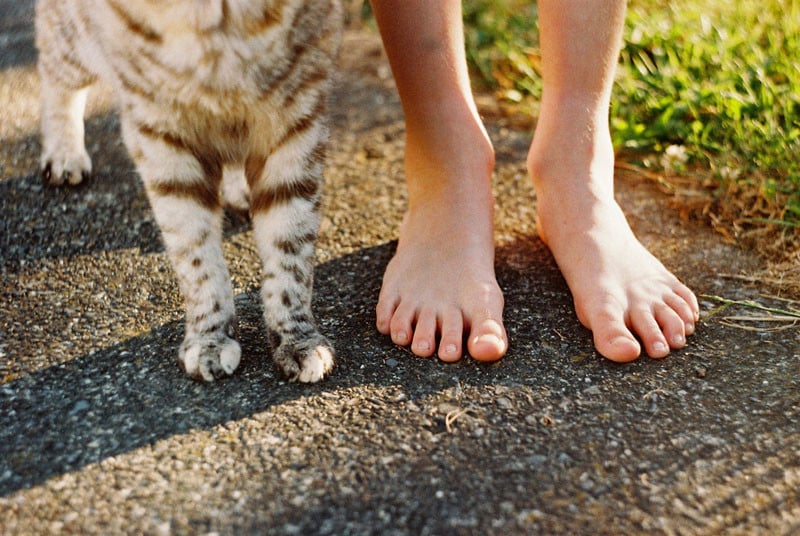 The TTL has a conventional wind on linked to a non-resetting frame counter on the right-hand side of the top plate, viewed from above. Next to that is the shutter button, and then the shutter speed selector. Like the E, this is just a handful of speeds – it would have been nice if KMZ had added a 1/1000 speed, but the TTL’s range is definitely enough for hand-held shooting.

On the left hand side is the rewind counter and film speed selection. Like a lot of Soviet cameras, film speeds are in the Soviet GOST system rather than the more conventional ISO; GOST readings are about 80% of an equivalent ISO setting (for instance GOST 130 is about the same as ISO 160). If you’re shooting negative film, I wouldn’t worry too much – set to the closest mark to your film speed and snap away. It’s only really of concern if you plan to shoot slides.

The battery compartment sits on the bottom of the camera; because the lightmeter isn’t voltage sensitive, a modern 1.5v PX625A battery can be used. As the battery is only powering the lightmeter, a battery should last you quit some time.

The cloth shutter is entirely manual; if the TTL’s electronics are fried, that won’t stop the camera shooting. You’ll just have to use another camera, a lightmeter or the Sunny 16 rule to get proper exposed shots.

The Zenit’s shutter activates with a heavy “clack”, thanks to the lack of dampening around the mirror, something that most Zenits share with their Praktica cousins. This might make you think twice about trying to use it for candid street shots. 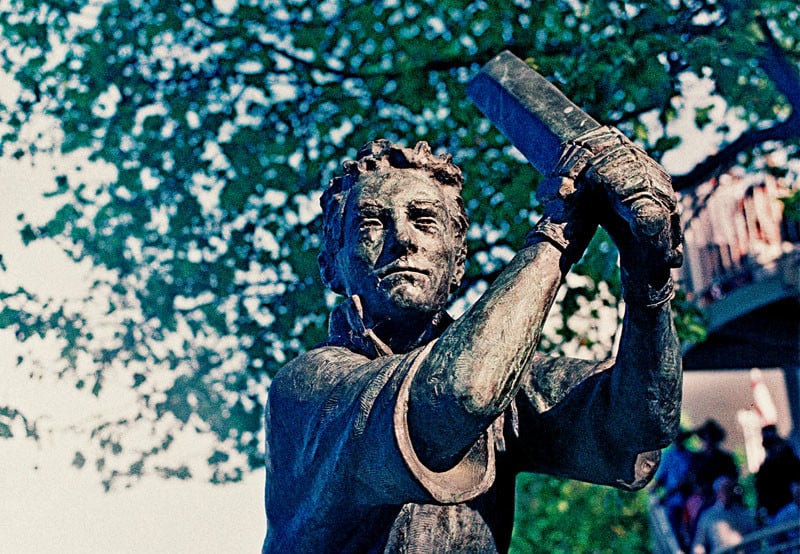 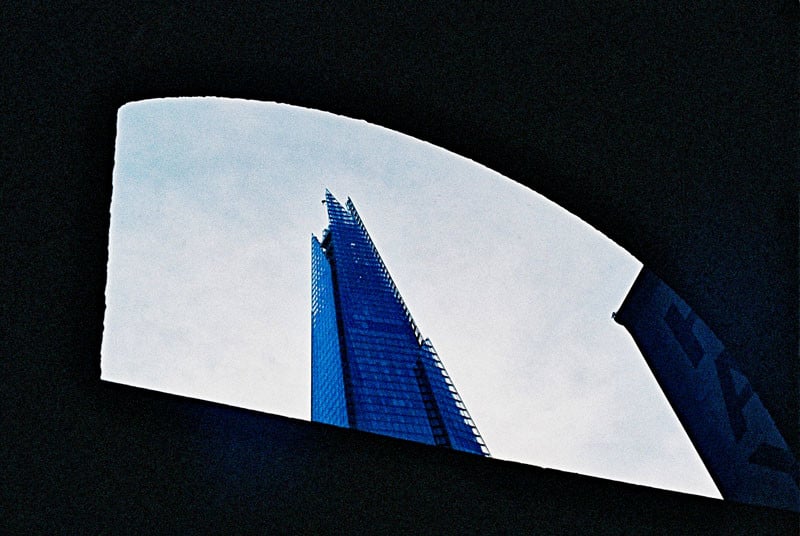 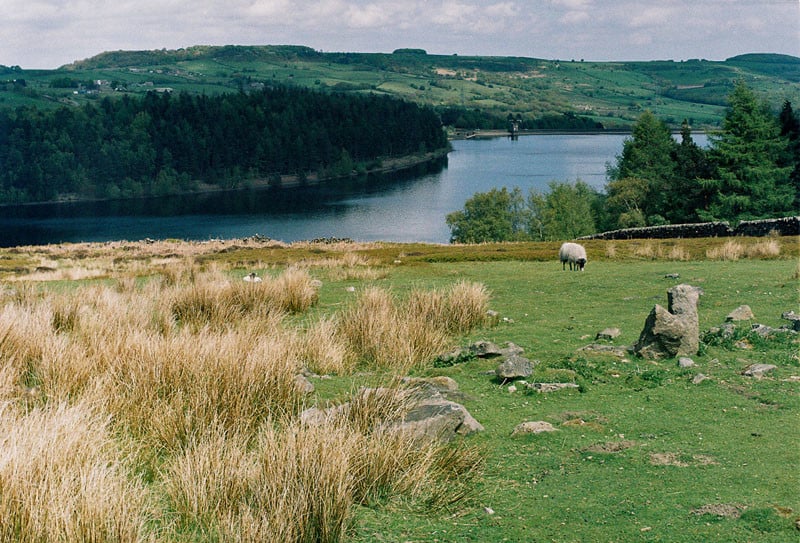 Most TTL’s came quipped with a Helios-44 58/2 standard lens. Find one that passed the sometimes spotty Soviet quality control system and you have yourself a fantastic lens. The Helios is a copy of a German Biotar design, with stepless apertures that help create beautiful, round out-of-focus shapes when the lens is stopped down.

The only really unconventional feature of the Zenit TTL is its rewind. Most contemporary SLRS had a button on the bottom of the camera; press this down and you can rewind the film using the crank handle. While the TTL has a crank handle, there’s no magic button on the underside. The shutter button has a collar around it. If you turn this anti-clockwise until it can’t turn anymore, this allows you to rewind the film. Make sure you turn it back, clockwise, when it’s time to shoot a new roll. 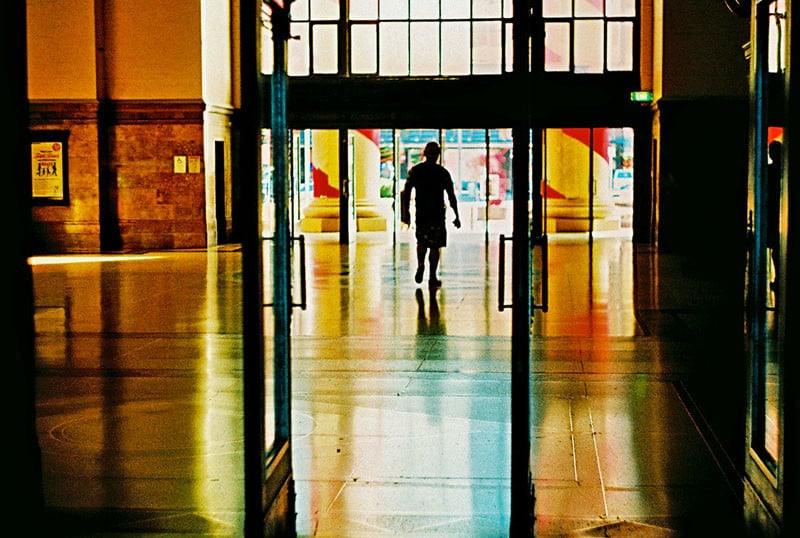 I’ve shot a good dozen rolls or so on the TTL, taking it back to New Zealand over Christmas to shoot in the bright, saturated southern sun. Paired with its Helios-44 and some colour film, the TTL is a decent sunny weather shooter. I loved some of the results shooting expired xpro film, like the pic of the silhouetted figure in Wellington’s Art Deco railway station above.

My TTL did have some slight issues with light patches near the left hand corner – this might have come from my Helios, which has been used to shoot hundreds of rolls over the last decade, or it might be from reflections inside the camera body. Light leaks can be issue with Soviet cameras, but this is the first Zenit I’ve shot with that suffered from it. At any case, the results were subtle, and easily cropped out with Photoshop. Certainly, when shooting with the higher-spec Zenitar-M 50mm lens, the light patches disappeared.

The Zenit TTL won’t win any awards for sophistication, but it’s a tough and simple SLR. At the little money it’s likely to cost you, it’s worth taking a punt on.

About the author: Stephen Dowling is a transplanted New Zealander who has been living in London since 1994. He is a writer by day and a photographer in his free time. You can find his photos and writing on his blog and Flickr. This article was also published here.

Tokina’s 24-70mm f/2.8 Outperforms Nikon’s Versions, Costs Half as Much

Rant: Street Photographers are Posting Too Many Terrible Photos Online