When you hear the name “Epson” you probably think of printers, but if you’ve been around cameras long enough, you may just remember the Epson R-D1: the world’s first digital rangefinder and one of the coolest cameras that never got its due.

The folks at TheCameraStoreTV have been dying to get their hands on this camera for ages, and they finally found someone who would let them borrow his. Released in March 2004 before Leica debuted their digital M8, it’s an M-mount camera with Cosina Voigtlander roots, a 6MP APS-C CCD sensor and, as you get to see in the video, a lot to recommend it. 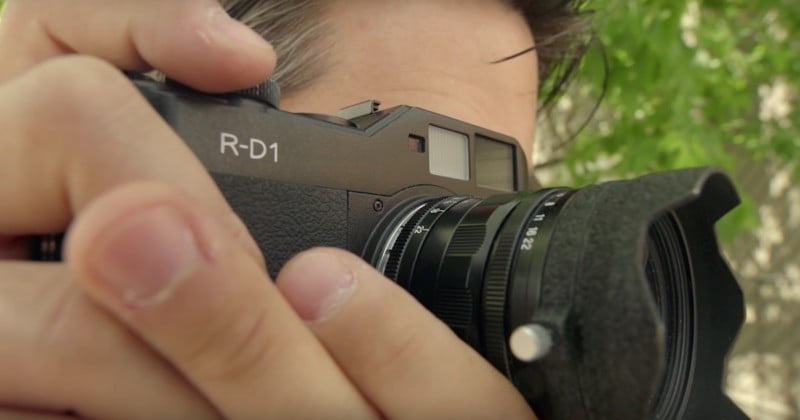 For film enthusiasts, the R-D1 is probably the closest you can get to a film experience on a digital camera. Center-weighted metering that’s easily fooled, no live view, and a shutter you have to physically cock between shots are just a few of the features that will force an R-D1 user to slow way down.

And if that’s not enough, there are the dials (or gauges or whatever you want to call them). They are, in a word, spectacular. Retro in a way that modern takes on “retro” haven’t yet touched:

Now this might all sound a bit too much like hipsterlike adoration for a camera that is literally and unapologetically “vintage”, but the R-D1 deserves all the praise and admiration it gets in this video. And despite the fact that it never really sold well, TCS’s Chris Niccolls isn’t wrong when he says “modern manufacturers could learn heaps from this camera.”

Check out the full video up top and let us know what you think of the R-D1 in the comments down below.

The Affordable Sigma 30mm f/1.4 is the Best E-Mount Lens DxO Has Tested