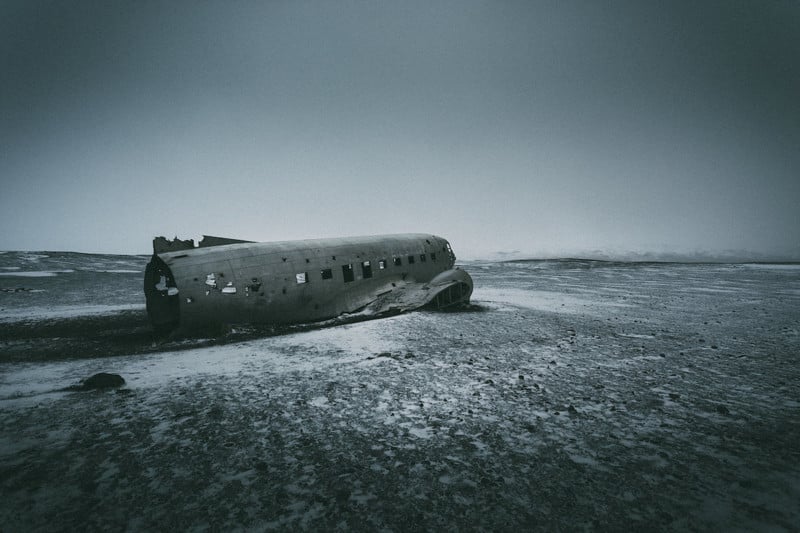 I think it’s safe to say that the cat is out of the bag, the secret’s been blown… there’s a DC-3 plane wreck in Iceland.

It’s become almost a rite of passage, a pilgrimage of sorts to visit this location; even Justin Bieber can be seen skateboarding on top of it in a recent music video. And I wasn’t leaving Iceland without seeing it and taking many, many photos.

I embarked on the journey with good friend and fellow photographer Richard Lofthouse. We knew where it was—five minutes on Google will provide you with accurate information and the exact location—but it seems things have recently changed regarding access. You could previously drive right up to the wreck if you had a suitable vehicle, but understandably, locals have become annoyed with this and the access road is now barricaded.

The location is also now sign posted. This means it is now popular. Very popular. 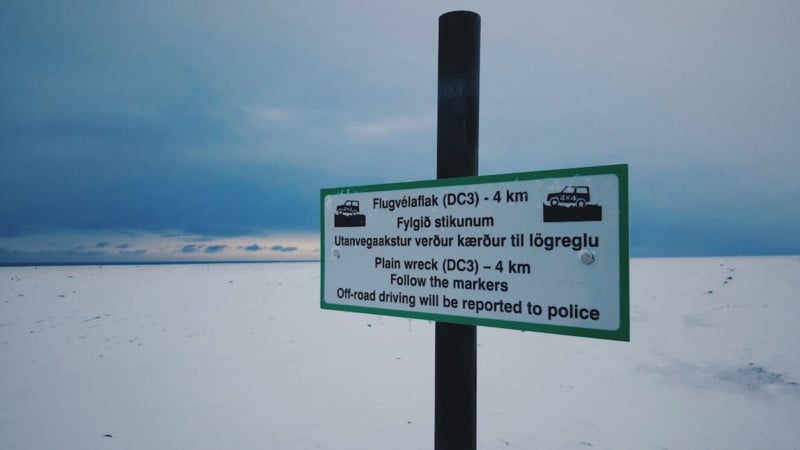 It also means you have to walk, in our case through sand and snow. It’s 4km so it will take an hour, and don’t forget you’ll have to get back. It’s not a very interesting walk, but just remember the pot of gold at the end of the rainbow.

After convincing yourself you must have missed it because you haven’t seen any people (or anything) in a while, it will loom into sight as you reach the crest of one of the dunes. I have to admit, I got pretty excited. I’ve wanted to visit this plane for years, and finally, here we were. 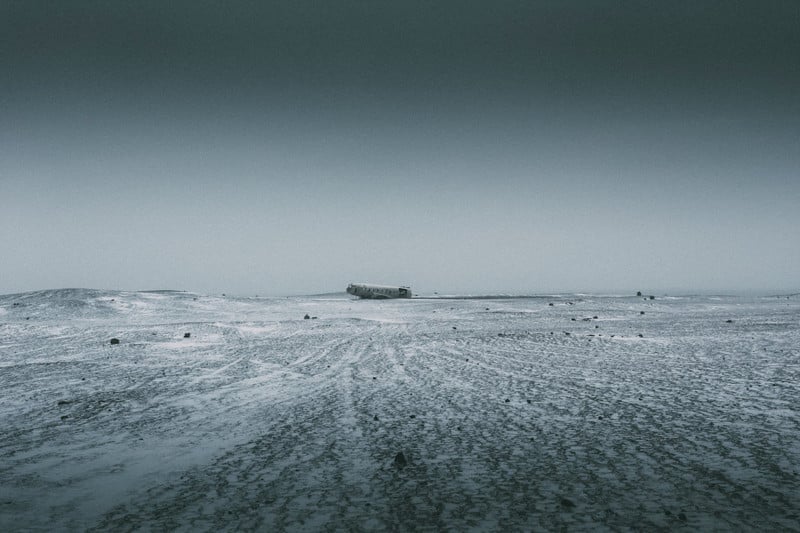 This feeling of excitement was followed shortly by shock and horror: there were other people already there. Yes, Im being a brat, but I wanted the place to myself, to feel like the first person to have found this remarkable plane wreck. We just had to deal with it.

Despite this, it’s still one of the most impressive places I’ve visited, and even with other people around there is an atmosphere and eeriness about the place. I guess you could say it was “haunting,” very cliché I know. 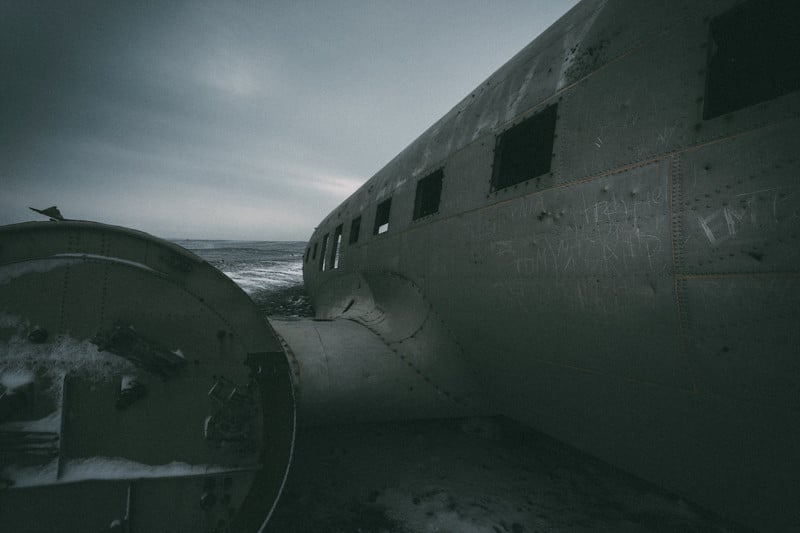 A bit of history. On Saturday November 24th, 1973, this United States Navy Douglas DC-3 was forced to crash land on this stretch of beach in Solheimasandur.

It is thought the plane ran out of fuel after the pilot switched to the wrong tank. Amazingly, all the crew survived and were rescued, but the plane was left, and so it has stood for the past 43 years. It is thought that local farmers removed the wings and interior items to sell, leaving this core open to the Icelandic elements for all these years—a diamond in the rough for photographers and travelers alike. 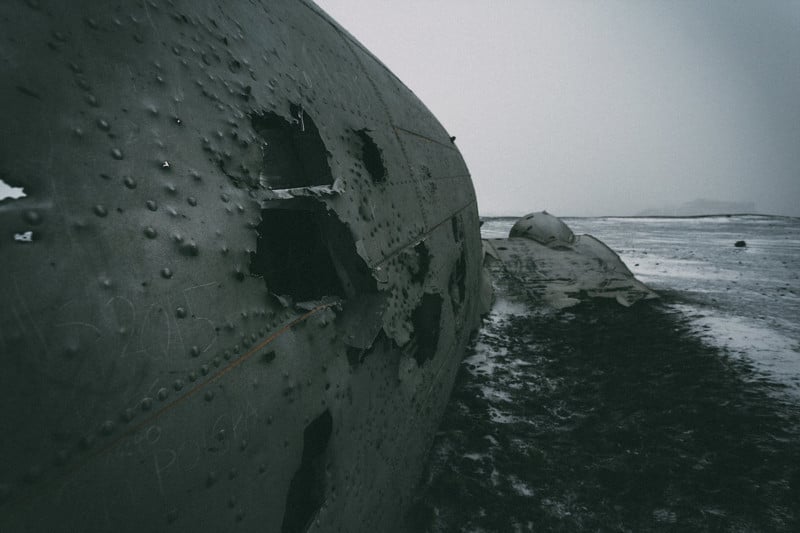 We stayed and photographed for some time, the fresh snowfall adding a nice touch to the images. People arrived in dribs and drabs, but it was quiet. People were admiring the find, and being respectful of it.

I’ve read many posts about people who have not been, and that is a real shame. 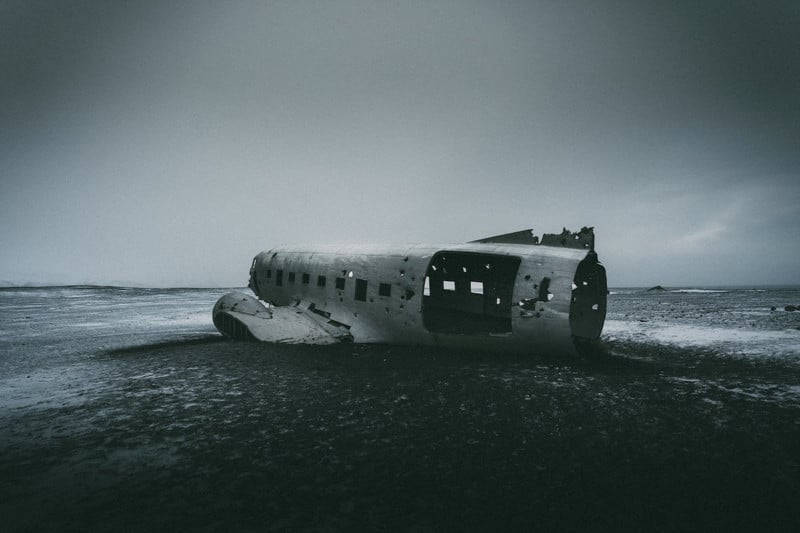 I really hope that people respect the land and the wreck, and that it remains accessible to all that are willing to make the journey. It would be a shame for it to become a paid attraction, and I’ve already read about tour companies charging 50 Euros per person for trips out there.

I’ll leave you with a couple more images of the wreck. If you make the pilgrimage yourself, I hope you enjoy it as much as we did. 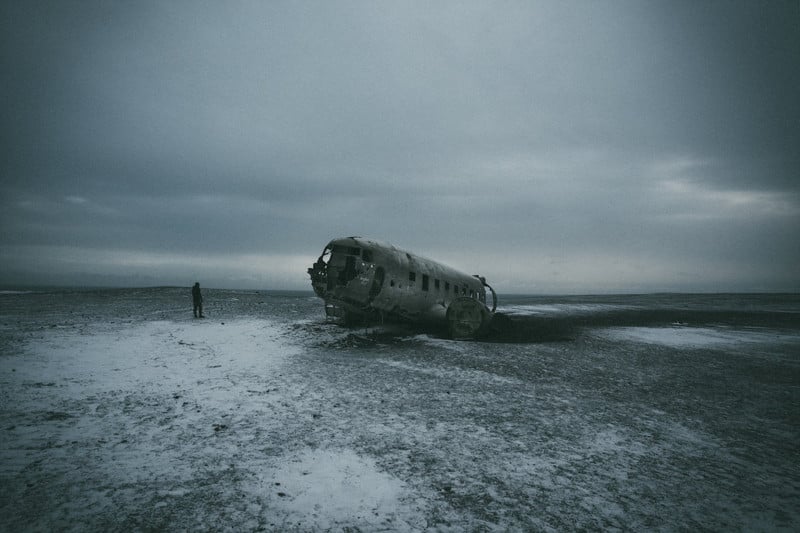 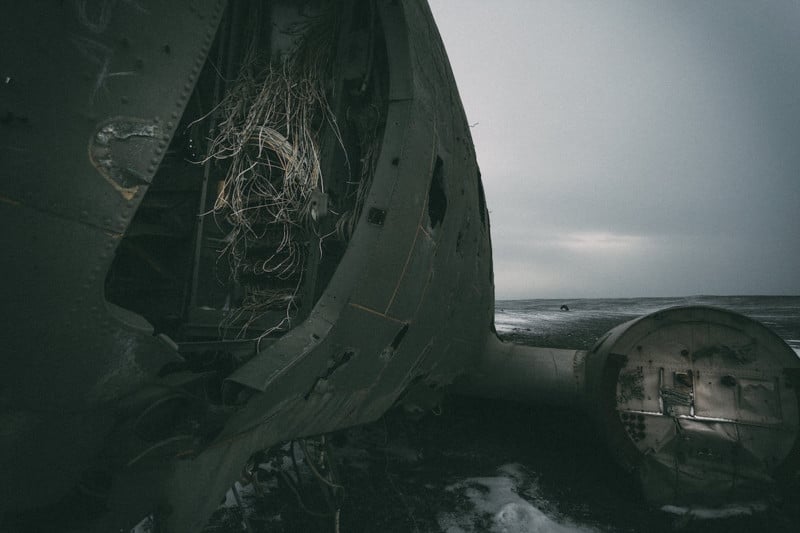 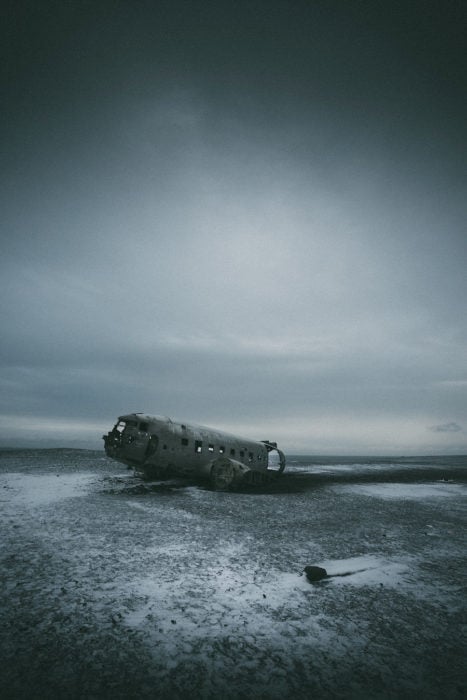 About the author: Mark Cornick is a self-taught, award-winning photographer based in South West London. You can find more of his work and words on his website, or by following him on Facebook, Instagram, and Twitter. This article was also published here.

Making a Fine Art Print, Or: What Photography is Really About

These Gunshot Photos Were Shot with Bullets, Not Cameras