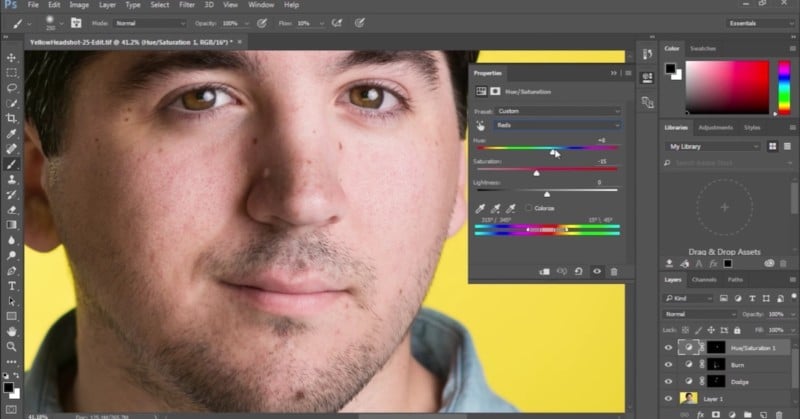 Do you use hotkeys when you edit in Photoshop or Lightroom? If you don’t and you’re a professional photographer editing tens or possibly hundreds of images per session, this short demo might convince you to start.

Okay, first off, what are hotkeys? A “hotkey” is just another way to refer to a keyboard shortcut—whether you created it yourself or it’s a shortcut already built into the program by Adobe.

In a program like Photoshop with so many different tools at your disposal, it can be easy to ignore these hotkeys, but photographer David Justice says that would be a mistake that will slow your workflow way down. Don’t believe him? He put together this short demo/challenge to change your mind.

Basically, Justice made himself edit one headshot without hotkeys and one with, using a timer to see how long each edit takes. So what happened?

The total time difference between using and not using hotkeys was almost 2 minutes for a single photo! With hotkeys, he was able to edit the first headshot in 6 minutes and 53 seconds; without hotkeys, a similar headshot from the same shoot took 8 minutes and 42 seconds.

That might not seem like much, but when you’re editing tens of images in a single session, 2 extra minutes per shot starts to really add up.

Check out the video for yourself if you’re still in doubt, and if you don’t already use hotkeys in Lightroom, stick around past the end of the demo at 6 minutes for a few hotkey tips courtesy of David.

The Most Interesting Thing About the Nikon D1x vs Hasselblad X1D

Spot the Golden Ratio Anywhere with This Nifty Pocket-Sized Card