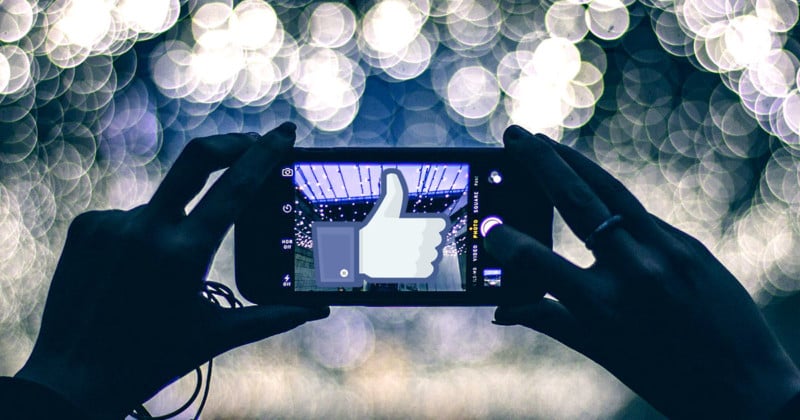 One of the big arguments against taking photos is that the act distracts you from actually enjoying what you’re experiencing. But a new study has found that snapping pictures actually helps people enjoy experiences more.


The psychological study, conducted by Kristin Diehl of USC and Gal Zauberman of Yale, involved over 2,005 subjects. In a series of 9 experiments, the participants were asked to participate in various activities and tasks, such as taking a bus tour or eating in a food court.

Those people were then surveyed afterward and asked about how much they engaged in and enjoyed the experience. What the scientists found was that in virtually all the cases, it was the people who took photos that reported enjoying the experience more. What’s more, those that took photos also said they were more engaged in the activity.

For example, people who were asked to take a self-guided tour through a museum exhibit found themselves enjoying and experiencing the exhibit more when they took photos of it. 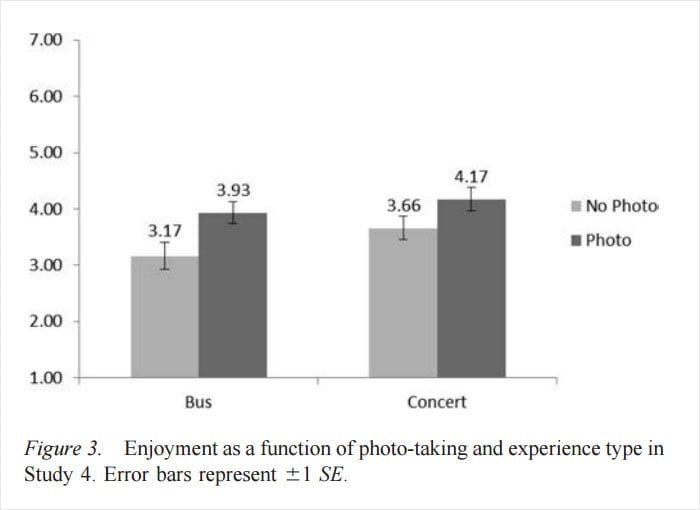 But photography can get in the way when the experience is intended to be one that’s actively engaging. For example, picture-takers enjoyed an arts and craft project less than those that could focus on it without a camera. Also, taking photos of negative experiences was found to make people even less happy.

Interestingly enough, taking actual pictures with real cameras may not be necessary for an increase in enjoyment and engagement. People who were asked to take “mental pictures” while doing things also reported the same benefits.

“To the best of our knowledge, this research is the first extensive investigation examining how taking photos affects people’s enjoyment of their experiences,” writes Diehl. “We show that, relative to not taking photos, photography can heighten enjoyment of positive experiences by increasing engagement.”

So, the next time you’re thinking of putting your camera away to enjoy an experience more, you might want to keep it out and snap at least one shot — it may color that experience in a new and better light.