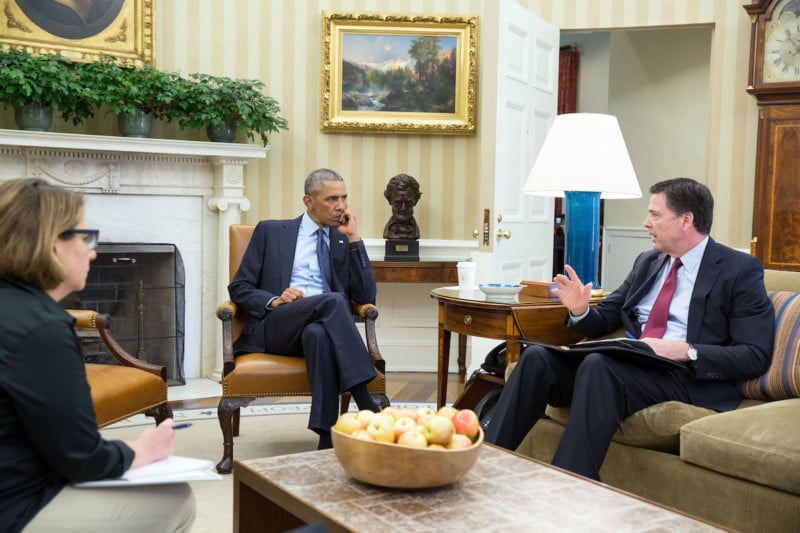 As Barack Obama nears the end of his 8-year tenure as President of the United States, White House photographer Peta Souza has been looking back at the nearly 2 million photos he’s taken of the sitting president. But Souza may have only yesterday taken his most widely-seen photo of the president… a photo he likely wishes he never had to take.

The mass shooting at an Orlando nightclub over the weekend left 50 dead and 53 injured by last count, making it the most deadly mass shooting in US history. And as President Obama was being updated on the situation by FBI Director James Comey, Homeland Security Advisor Lisa Monaco, and Deputy National Security Advisor Ben Rhodes, Souza was in the Oval Office to capture the tragic weight of the moment.

Souza shared the photo through the White House Flickr account, and already it’s making the rounds online, being shared thousands of times in the wake of this unspeakable atrocity.

The photograph is reminding some of another presidential photo that, over the past 15 years, has remained burned into the public consciousness: this image of then-President Bush being told of the 9/11 attacks.