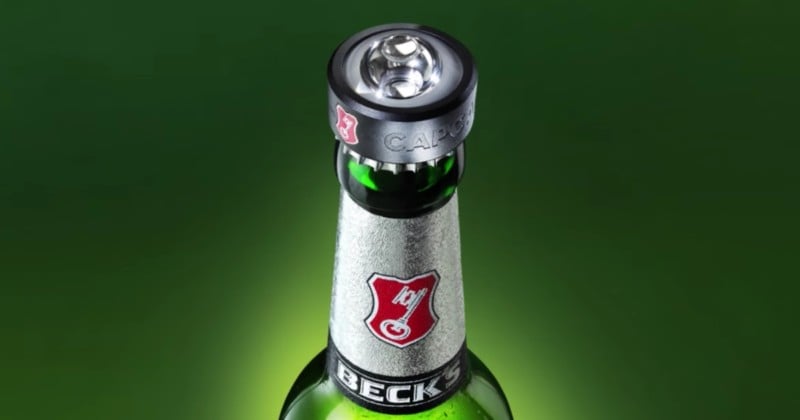 A mis-named marketing gimmick is bringing together 360° photos and … beer? Yep. Beck’s beer has launched a special edition bottle that comes complete with a “CapCam,” a 360° lens you can pop off and attach to your smartphone.

The mis-named part should be obvious now: the “CapCam” isn’t a “Cam,” but we’re guessing “CapLens” just didn’t have the same ring to it.

Regardless, the CapCam was created for Beck’s beer by advertising agency BBDO Duesseldorf, and it’s actually the second booze-related camera accessory we’ve reported on recently—you can find the first here, and see the CapCam in action in the promo video below:

The point of the CapCam is to “provide an all-round view of those typical Beck’s moments shared with close friends.” Since the typical smartphone can’t capture those “all-around” moments, Beck stepped up and created the CapCam as a special giveaway to fans through Facebook.

And they’re announcing it just as Facebook has officially launched 360° photos and videos to the News Feed. Clever marketing. 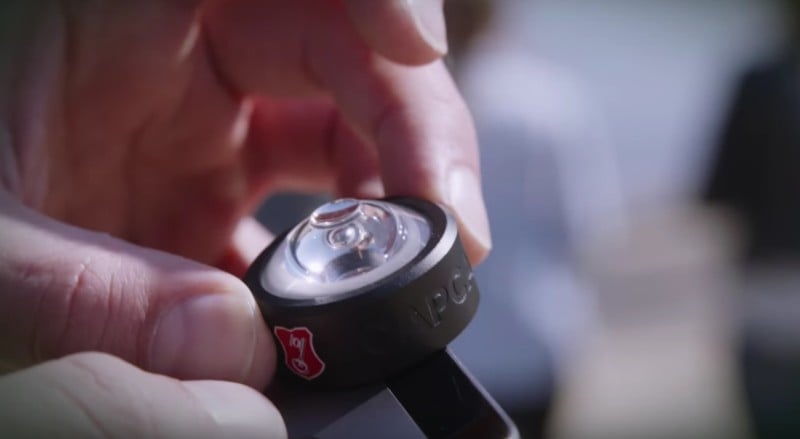 As mentioned above, the CapCam is (unfortunately?) not available to the general public—you won’t find these special 360° lenses topping bottles in your local liquor store. You’ll have to engage with Beck on Facebook to win one yourself.