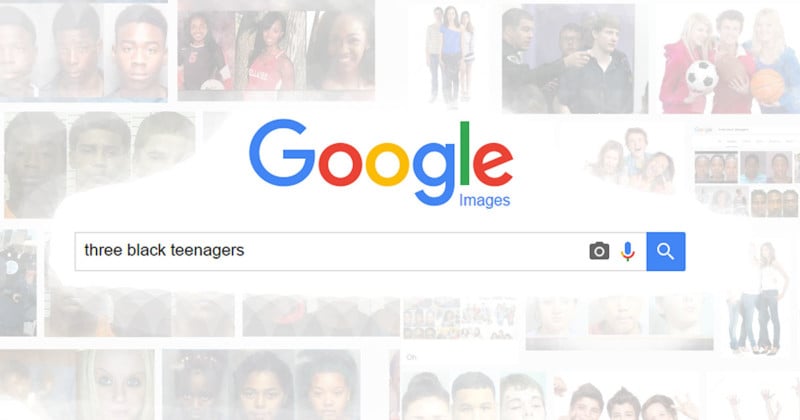 Can an algorithm-based service such as Google Images be racist? That’s what people are suggesting this week after one man’s video went viral.

On Monday, Twitter user @ibekabir Tweeted a video by @Q_Piece with the caption “YOOOOOO LOOK AT THIS.” In it, he does a simple search on Google Images with the text “three black teenagers”. After seeing the results, he tweaks the query to “three white teenagers”. (Warning: there’s a bit of strong language):

YOOOOOO LOOK AT THIS pic.twitter.com/uY1JysFm8w 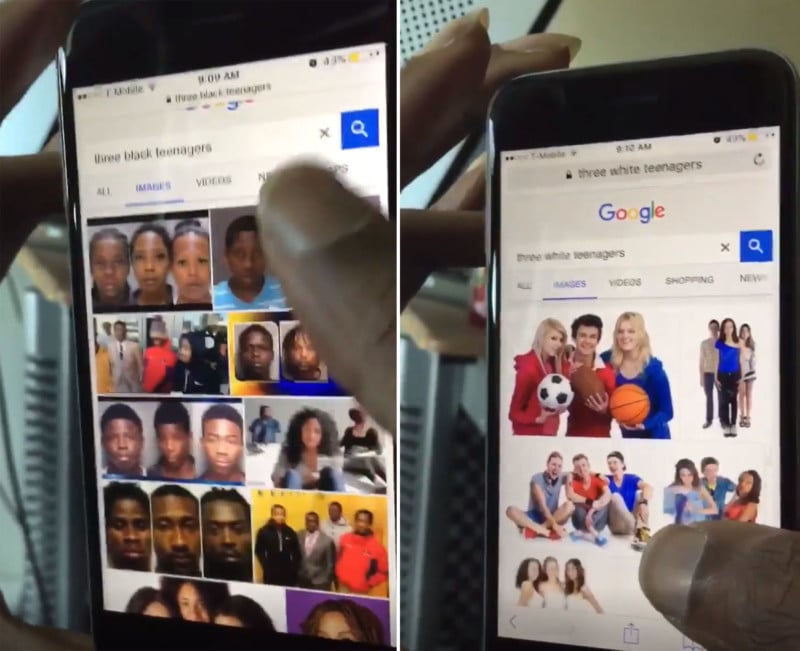 Over the past 48 hours, @ibekabir’s Tweet has been shared tens of thousands of times and is now being picked up by media around the world.

Commenters point out that the public can help change the search results by creating and labeling better photographs.

@iBeKabir @BluAmethyst and here is the difference. All the "White Teen" pictures are stock photos. We need more stock photographs.

@makariina @iBeKabir @BluAmethyst exactly. All photographs on the internet has metadata. Stronger the data (keywords), higher the results.

UK-based commentator Antoine Speaks weighed in with a 5-minute video, arguing that the differences in photo search results have to do with business and demographics — photo buyers aim for certain demographics, and those stock photos are the ones that will float to the top of search results. And other demographics appear to be represented more by news photos than stock photos.

This isn’t the first time Google’s technology has been accused of being racist: back in July 2015, Google apologized after its Photos app was found to mistakenly tag photos of black people as “gorillas.”

50 Ways to Use Gaffer Tape, from Common to Creative to Crazy