Back in June, a National Geographic crew was given the task of filming and photographing a cheetah running at full speed. While there are plenty of videos and photos out there showing this, the magazine wanted to track alongside the cheetah as it ran (rather than simply capture it from a fixed location). The short behind-the-scenes video above shows how they went about doing this.

Basically, they spent a good deal of time and effort building a giant 410-foot dolly track. This allowed them to pull a camera quickly alongside the running subject — much like those cameras and tracks we saw this past summer at the London 2012 Olympics.

A tricky aspect of the build was that the entire track needed to be precisely made and extremely smooth, lest the resulting imagery be degraded by vibration and wobbling. 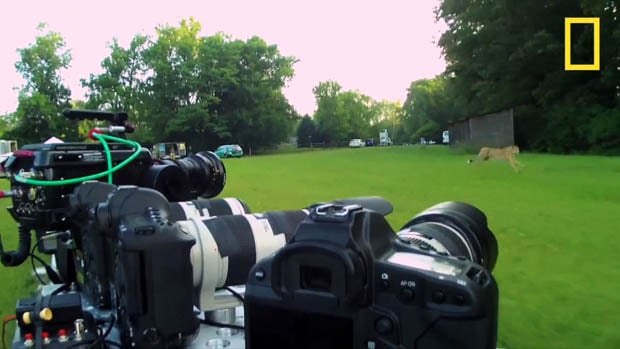 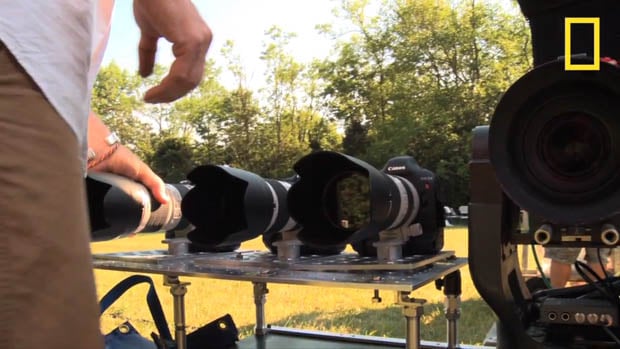 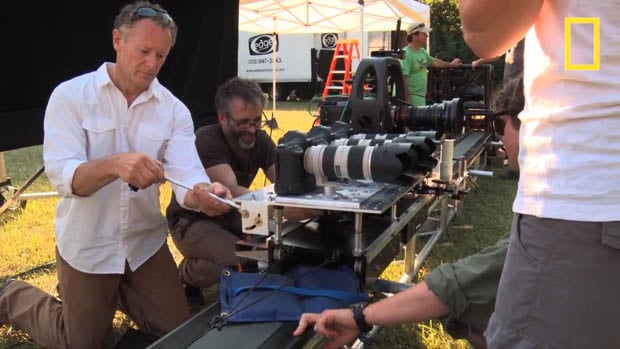 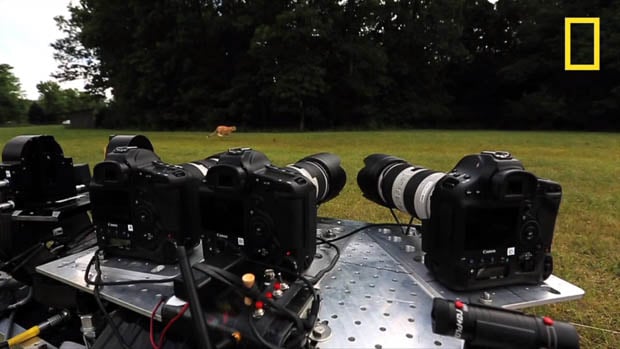 Sadly, the magazine didn’t provide any look at what the final slow-motion video or burst-mode photos look like. To see what they captured, you’ll need to pick up the November digital edition of National Geographic off a digital newsstand near you when it’s released next month.

(via National Geographic via Doobybrain)