The title of this post is what we imagine safari guide Matthew Copham says whenever he tells people about his most recent adventure…. well, that or, “and then a cheetah tried to eat my GoPro.” As far as the response he gets, we expect it involves copious amount of Awwwww.

Copham is a guide with Safari Footprints, “a team of passionate wildlife enthusiasts who have chosen a career as private safari guides,” and he captured the video above on his GoPro Hero3 while out in the African bush. 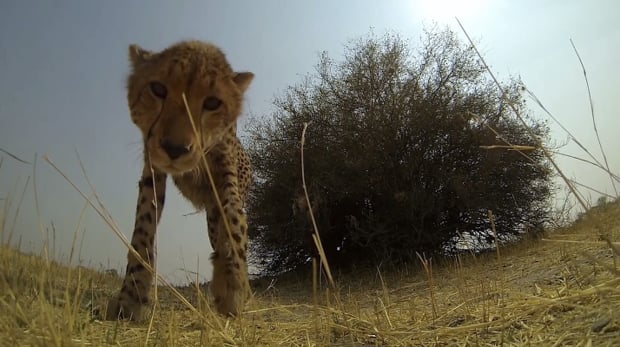 As a safari guide, we imagine he captures some pretty awesome stuff on his GoPro on a regular basis. But still, this curious cheetah has got to be near or at the top of at least his “cutest footage ever” list.

True, there’s not much to it, but there’s something fascinating and even gripping about wild animals playing with or trying to eat action cameras. If you don’t believe us, look at the number of views this video has gotten in less than a week, or check out this video of a grizzly doing the same thing to another unsuspecting GoPro.