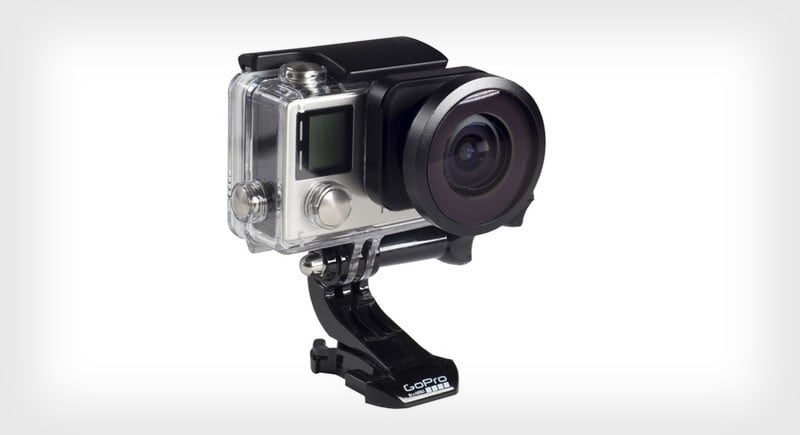 Launched earlier today on Kickstarter, the Circular 180+ can give your GoPro new creative life by enabling it to capture fully circular fisheye photos and videos at a nearly infinite depth of field. Plus it can keep up with your GoPro no matter where your adventure takes you:

With its 185 degree field of view, intense depth, tack sharp edge-to-edge focus plus its small, rugged design, this lens will go anywhere you want to go.

Check out the Kickstarter video below for a quick intro to the lens and a bunch of sample footage:

The Circular 180+ has a lot going for it, but there are a few small drawbacks. For one, the lens is only waterproof to 3m, so it can’t go anywhere your GoPro can. And while it is a cinch to attach to your current GoPro housing, that included attachment mechanism is only “water resistant”; If you want the mount itself to be waterproof, you’ll have to install Lensbaby’s special Waterproof Mount, and that’s gonna cost extra.

Which brings us to the price.

If you head over to the Circular 180+ Kickstarter page, you can still snag one of the “earliest bird” deals (over 200 left as of this writing) for $69, with that special waterproof mount costing an additional $35. Once those deals run out, “early bird” pricing is $79 and standard Kickstarter pricing will be $89. Retail pricing for those that miss the Kickstarter bus will be $100.

To learn more about this special little lens or put down a pledge of your own, head over to the Kickstarter page by clicking here.