Castello di Sammezzano (Non Plus Ultra) has to be the most beautiful castle in Italy. Often called abandoned, it’s not actually so; every once in a while it is opened to the public for a guided tour and volunteers take care of the place. At the moment it is being auctioned to the highest bidder.

Volunteers that have been taking care of the castle for years are afraid that it’s going to be turned into a luxury hotel or spa-resort, while they would rather see it open as a museum for everyone to visit. The architecture of the building is amazing.

I have never seen anything like it. The pictures in this post are from two years ago and might not always be in the best quality. Nevertheless, I badly wanted to share this magical place with you. 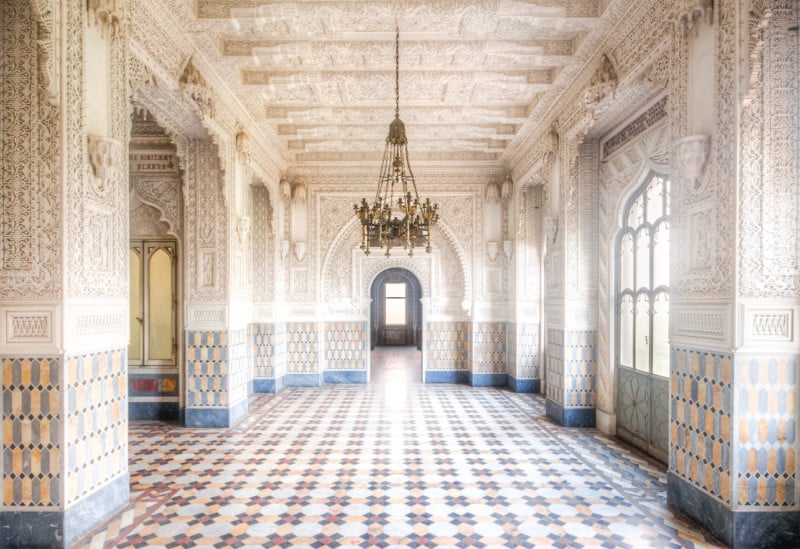 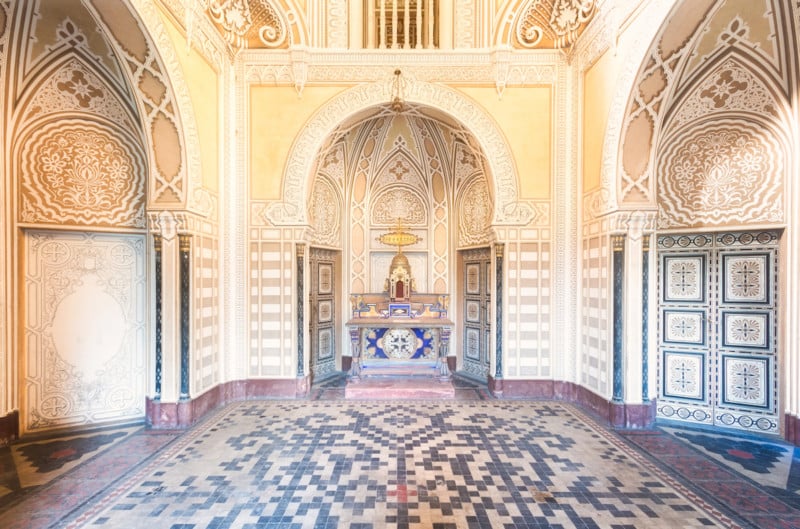 The castle of Sammezzano got its current appearance thanks to the work of one man: Ferdinando Panciatichi Ximenes d’Aragona (Florence, 1813- Sammezzano, 1897). He renovated and expanded the pre-existing building during the period between 1843 and 1889.

The history of the place however is significantly older and it is possible to trace it back to the Roman period, as well as to the subsequent centuries. In the ‘History of Florence’ written by the great historian Davidsohn, it is reported that in 780 Charlemagne could have passed by the place on his way back from Rome, where he went to have his son baptized by the Pope. 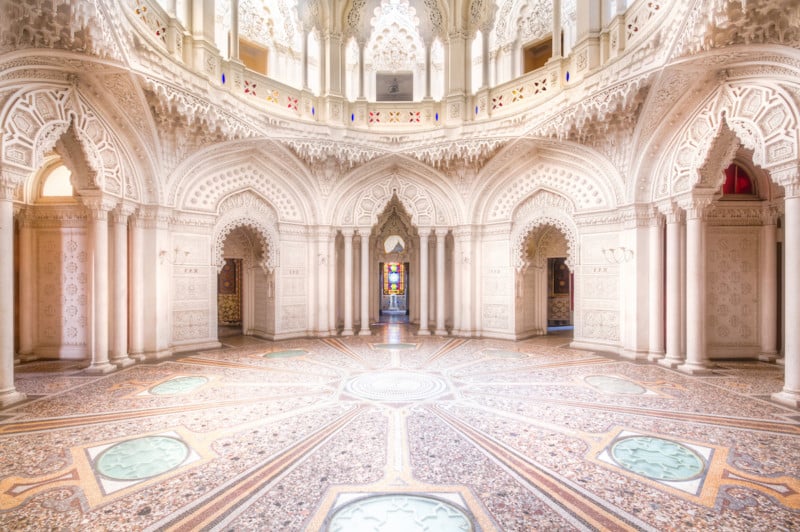 The land on which Sammezzano is erected has always been owned by very influential and powerful families. It is known that the Altoviti family, as requested by the Duke Cosimo de’Medici, transferred the property to Giovanni Jacopo de ‘Medici, who sold it to Sebastiano Ximenes.

The estate remained in possession of the Ximenes d’Aragona family until the last successor, Ferdinando, who died in 1816. A cabreum of 1818 (hence prior to the renovation of Ferdinando Panciatichi Ximenes d’Aragona) written by the engineer Giuseppe Faldi reported a structure with majestic size, protective barriers and with entrance steps that were situated on the opposite side of the current stairway. 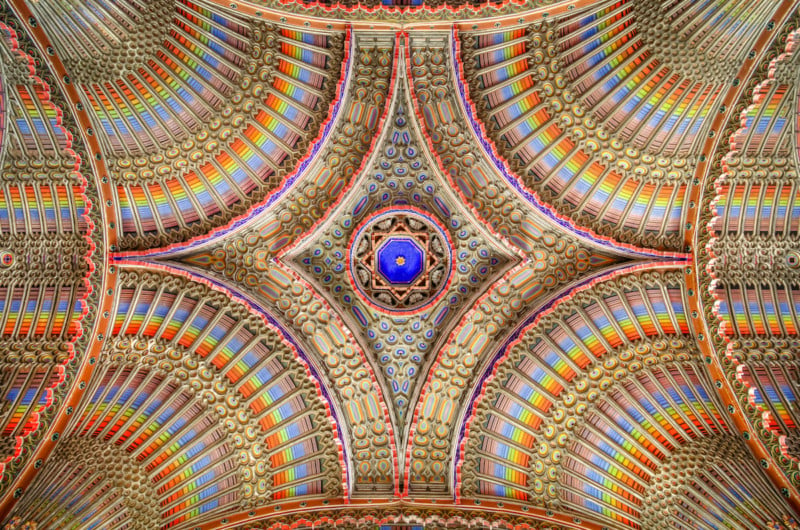 The cultural wave of ‘orientalism’ spread around Europe at the beginning of the eighteenth century and Florence was one of the main centers. Influenced by this movement, Ferdinando started to modify the existing Sammezzano structure and realized new halls: the entrance portal in 1853, the corridor of stalactites in 1862 and the ballroom in 1867 up to the central tower, where the year 1889 has found engraved.

Ferdinando was a very dynamic person: a scientific expert, philanthropist, benefactor, art collector and a Giuseppe Verdi ‘lover’. He was involved in numerous authorities: for example, he was a partner at the Academy of Georgofili (1855), vice-president of the Horticultural Society, honorary member of the Academy of Fine Arts and sponsor of Dante Alighieri monument, erected in occasion of his six hundredth birthday. 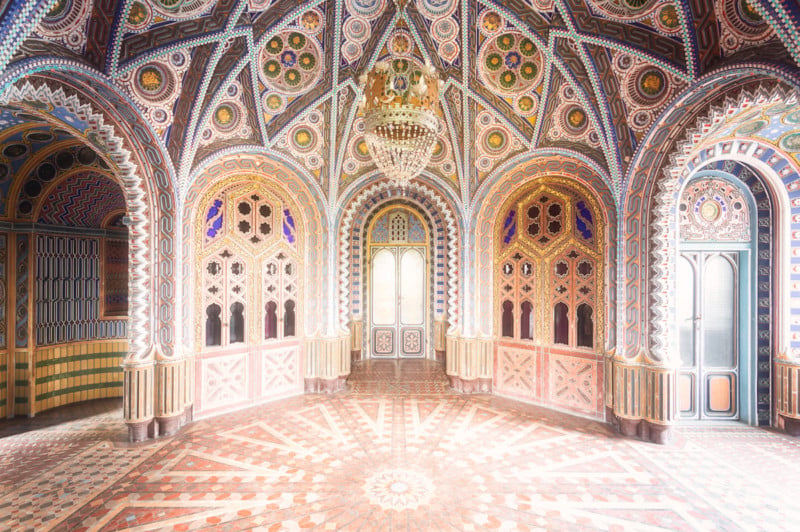 At the same time he was also politically very active: liberal and against the Roman Church, he was an advisor of both the Municipal Councils of Reggello and Florence between 1859 and 1865 and advisor to the District Council (later provincial) between 1860 and 1864.

He was twice elected deputy of the Italian kingdom in 1865-1867. During the same year, shortly after the election, he resigned from his function protesting against the law issued by the Parliament relating to the church property, which did not keep the values that he had promised to his voters. 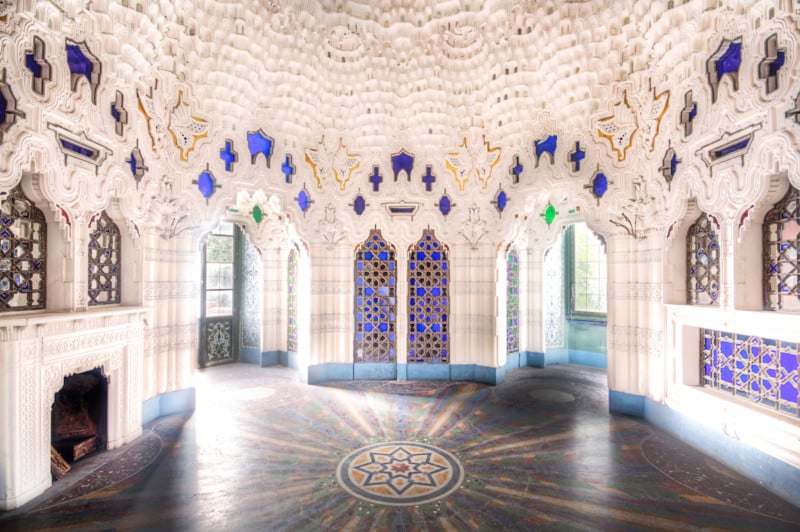 He quickly showed his disappointment about what Italy had become after the (Italian) unification. This feeling is expressed by a Latin phrase from 1870, which can be found in a niche of the corridor of stalactites, which states the following:

I am ashamed to say it, but it’s true: Italy is in the hands of thieves, debt collectors, prostitutes and brokers, which control and devour it. But it is not that, what I’m ashamed of, but the fact that we deserve this.

Regarding the castle, he was owner and builder at the same time; although he had no university degree, he had the abilities of an engineer, an architect and a geologist. This allowed him to design, plan and finance the castle by using local products and employing mostly native manpower. 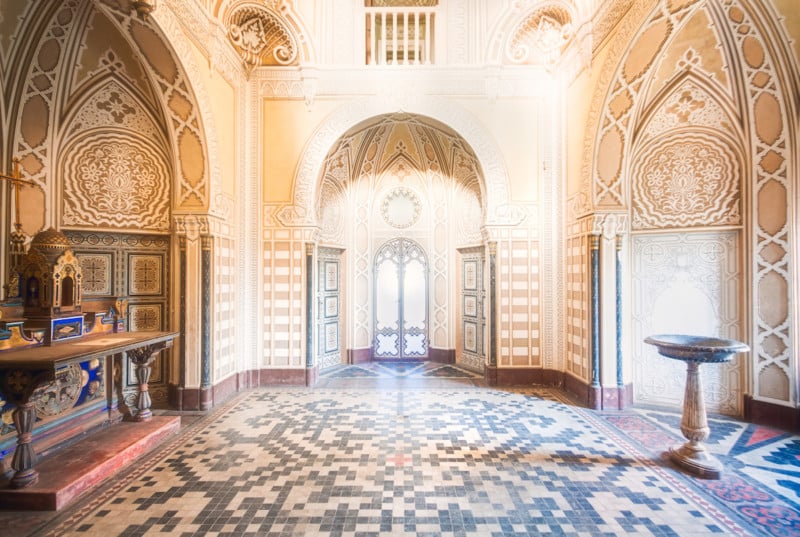 As an expert and passionate botanist Ferdinando planned a vast area surrounding the castle of approximately 65 acres, the so-called historical park. Around the ancient ‘Ragnaia’, which was characterized by a great forest of evergreen oaks, he recreated the habitat for numerous seldom and exotic plants. His intent was to prepare step-by-step visitors and guests to the magnificence of the ‘Moorish’ style of the castle.

Today, the castle together with its Historical Park endowed significant historical, architectural and landscape values. 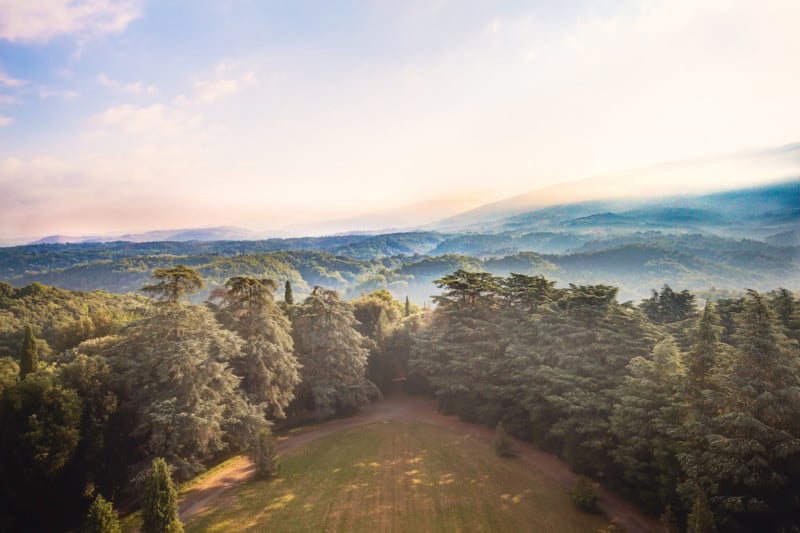 The park held an enormous botanical treasure, created both by the great variety of imported plants, as well as by extraordinary domestic tree species. Amongst the imported species the best known are without doubt, the Californian sequoias. These plants found favorable soil and climatic conditions in Sammezzano, as proved by the important dimensions they have reached within only 150 years. The most famous sequoia is the so-called ‘twin-sequoia’. This plant is 50 meters tall and has a circumference of 8,4 meters. Interestingly, it has been included in ‘the most magnificent trees of Italy’ and within the ‘150 extraordinary trees with monumental and environmental value’.

Regarding the domestic tree species, the park display a large selection of oaks: the evergreen oak, the summer oak, the turkey oak, the sessile oak and, another rare specie, the cork oak. In the 70’s the castle of Sammezzano was transformed into a Hotel-Restaurant center. However the business closed in 1990. In the late 90’s, after several events, the property passed into the ownership of a group of English and Italian societies.

The society plan was to perform an important renovation and re-open Sammezzano for touristic purpose; however, no actions have been realized and the castle remained unused until today. As mentioned above it is currently up for auction and has been for a couple of times. I’ve been able to share this history with you thanks to the Sammezzano-comitato FPXA. Please support the project to save the castle from being auctioned and turned into a luxury hotel or spa-resort. Check out the Facebook page of the project.

This Underground Camera Obscura in the English Countryside Seats 5

College Offers to Use Photoshop to Fake Mortarboard Throwing Photos