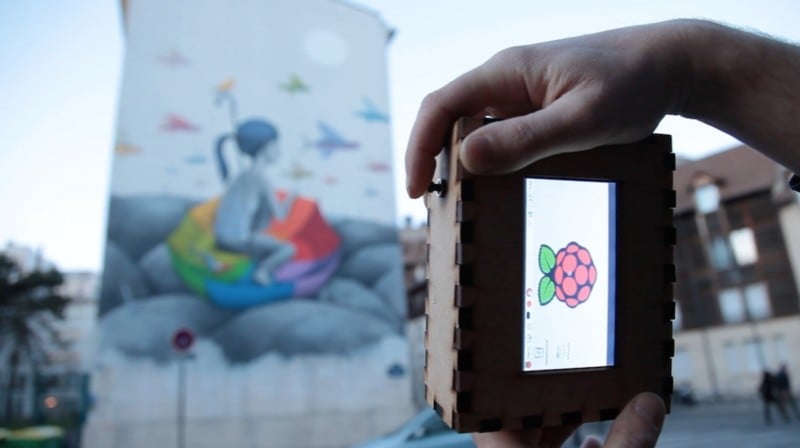 This strange Raspberry Pi-powered DIY-camera isn’t really a camera at all… at least not in the traditional sense. When you press the shutter, instead of showing you the picture you just took, it shows you a similar photo from the Internet instead.

The camera is called “Le Myope,” because it’s a “short-sighted camera.” Created by Paris-based tinkerer Salade Tomate Oignon, he describes what Le Myope spits out as, “even more imprecise than a blurry polaroid picture, or than a filter-abused Instagram shot.” Because it’s not spitting out your image at all.

Using computer vision and machine learning, it analyzes the picture you just took and shows you a similar image from Google Image Search instead. Watch the “camera” in action below:

It’s a camera that looks at the photographer and says, “Why are you taking this picture? It’s already on the Internet!” If you’re in an iconic location, chances are good the camera will show you a near-identical shot to the one you’re taking; and even if you’re not, there’s always a similar image out there.

As the Raspberry Pi blog put it, “This is an extremely daft project which pleased us out of all proportion.” We, strangely, feel this same way about this non-camera camera.

If you want to learn more about it or find out how to build your own, head over to Oignon’s website by clicking here.

Composition Tips from a Man Who Studied with Ansel Adams