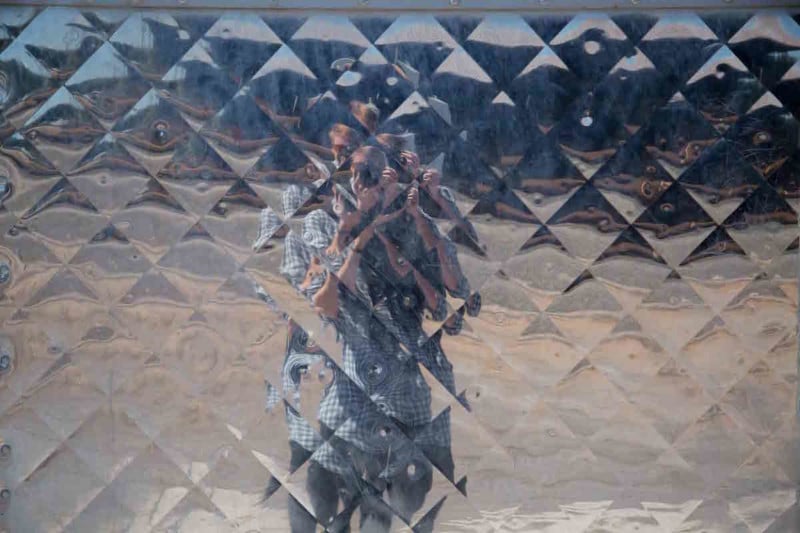 In January, the photographer Zoe Strauss made a bracing plea on her Facebook page. The artist, whose work had been recognized by the Whitney Biennial and Magnum Photos, and was the subject of a traveling survey exhibition organized by the Philadelphia Museum of Art, was out of money, needing $750 for a root canal, owing $1,500 to various friends and several thousand more for storage of her exhibition prints, without which she could not maintain the condition of her work.

“I’ve got no prospects on how to continue a lifetime of paying for that storage,” she wrote. Although she had taught as a Distinguished professor at Cal Arts, she did not possess a college degree that could land her a stable teaching position. Privately, Strauss shared that she had been waiting several months for a paltry payment of $850 from a prestigious magazine. The photography market, long in decline, offered little in the way of steady income or respect for timely payments. In the meantime, strapped to meet basic healthcare and living expenses, her immediate goal was to get any job she could find. Her earning potential was limited: like 68% of American adults, her formal education had ended in high school. UPS wasn’t hiring, but an interview at a supermarket was in the works.

Strauss’ plea was shocking in its transparency; rarely does the patina of worldly success wear thin enough to lay bare the extreme severity of even a “successful” photographer’s economic condition. Her situation is not uncommon for many photographers. According to National Endowment for the Arts data, 46.6% of photographers are self-employed, including documentary, editorial, and commercial photographers, photojournalists, and independent artists. Their median earnings are $26,875. This figure is roughly double the poverty line for a single person, and half the national median income.

And although the field is nearly equally divided by gender, women earn 74% of what men do, which is the lowest ratio in the arts according to national government data. Photographers were nearly 50% less likely to have full-year or full-time work compared to other laborers in the work force, which partly accounts for such low income. These statistics square with some international research; in 2015, a World Press Photo survey revealed that most photojournalists were self-employed and earned less than $30,000 per a year. A collective of artists known as BFAMFAPHD has analyzed census data to further illuminate poverty rates and rent burdens facing artists, which are significant.

Despite these grim statistics, and the increased number of online spaces and professional development seminars dedicated to photography, frank and open conversations concerning sustainability, livelihood and compensation have remained mostly absent from the field.

As more of the general population works in the “gig economy” and various legal movements to secure basic protections for these workers emerge, photographers should consider joining coalitions of other artists and independent workers to organize and advocate for their rights as freelancers. Lack of healthcare, erosion of fees, no guaranteed hours, late pay—these are the types of struggles between management and workers that the modern contingent workforce share.

What could it look like to take a cue from adjunct professors and fast food workers who are organizing at the level of industry, rather than institution?

Over the last decade, photography, which straddles the worlds of art and media, has been challenged by the decline of ad-supported media and the advent of mobile technology, and like the larger economy, the industry is rife with job precarity and stagnant wages. As a means to cut costs, and amid the notion that “anyone can be a photographer,” magazines publish user-generated photographs, newspapers have replaced entire photo departments with writers with cell phones, and freelance photographers are sought to enter war zones without kidnapping insurance.

Even insurance costs for non-conflict jobs can be out of the question—Sim Chi Yin required surgery after an injury while on assignment in Northern China and learned only afterward that her contract with Le Monde, an international newspaper, did not include healthcare, disability, or accident insurance.

A few especially entrepreneurial photographers have hatched schemes to stay afloat in this context: selling prints to collectors, pitching partnerships to NGO’s, developing a rigorous private workshop schedule, shooting video, and adopting social media marketing, but the result is a grinding, unyielding cycle of work.

Culturally and economically, the value of the photograph has decreased significantly, leading to a “new normal” for professional photographers in the form of lower day rates, fewer assignment days and abysmal resale fees. In the name of “brand-building,” photographers are asked by media organizations to create or license images for free for online articles and Instagram takeovers. Competition for paid assignments can be fierce, and it is not uncommon for photographers to carry expenses from corporate assignments for months at a time on personal credit cards while they await reimbursement. Many young photographers who are coming of age in this era of economic challenge and wide-spread distribution of images have particular trouble delineating when and where to work for free, pushing terms of engagement still lower. These terms are impossible to live on, but no one wants to burn bridges in a gig economy. Established photographers have expressed fears that a photography career is becoming viable only for those who have personal fortunes or other sources of income.

There are a number of promising efforts to help artists in general organize and seek better labor relationships, but photographers have largely not yet joined these campaigns or replicated their methods. The group Working Artists for the Greater Economy (W.A.G.E.) seeks to ensure artists are paid fair fees and wages by galleries, museum, and cultural spaces. They have circulated a sliding scale of exhibition, speaking, and publishing fees artists should charge based on an organization’s revenue. They have also developed a certification process for cultural institutions that commit to providing fair wages. Wordrates is a platform where journalists can review publications on issues like contracts and fair pay. Arts & Labor is a working group that has negotiated for fair labor practices within the art world, including the unionization of workers at Frieze New York. And adjunct professors across the country, who sometimes require food stamps to survive, have been organizing at universities across the country.

What if the field could foster industry-level conversations on creating sustainability? Should photo agencies offer healthcare? Can a certification process in the vein of W.A.G.E. be of use for media outlets? Could platforms like Blink, or Visura, or other industry groups that connect freelance photographers to photo editors, advocate a code of protections? Could foundations who support nonprofit media organizations insist their grantees pay advances? How can busy photographers who don’t have agents or studios advocate for their interests? Can photography education programs create comprehensive training on contracts, billing practices and negotiation? And can photographers join larger political fights for universal healthcare, inexpensive education, and affordable housing, all of which will support the lives of artists, and others, in numbers much higher than any industry effort alone?

The highly competitive and atomized nature of photography work makes organizing a challenge, but hopefully photographers can be empowered by movements to expose exploitive relationships within other creative professions.

First, photographers could begin to speak honestly with one another about their financial instability. Next, photographers could see themselves as part of, and actively contributing to, a larger struggle for fair labor practices and basic needs. And with their long history of working as freelancers, photographers could be knowledgeable additions to the broader movement of newly independent workers. Moving forward, sharing strategies across sector will be a critical step towards sustainability for workers in a growing gig economy.

This essay is from CREATIVZ, an online conversation about what artists in the United States need to sustain and strengthen their careers. More at: http://wp.me/p7dNYq-ZQ

About the author: Danielle Jackson is a writer & co-founder and former co-director of the Bronx Documentary Center. You can find more of her work on her website and Twitter. This post was originally published here.