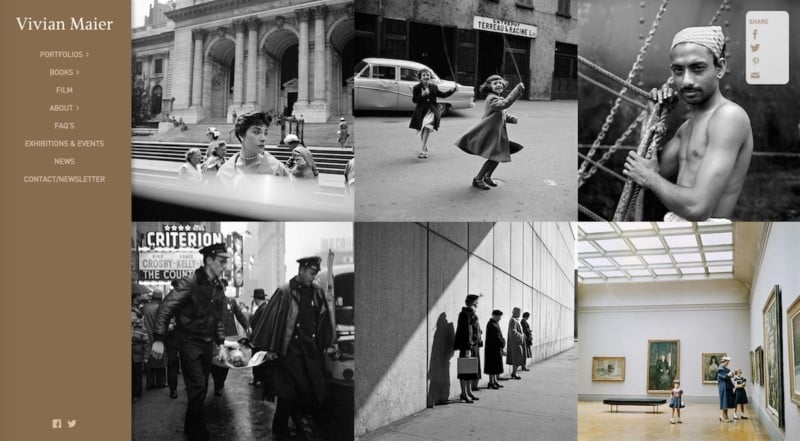 The messy legal battle surrounding the life’s work of nanny and amateur street photographer Vivian Maier may finally be coming to a close in less than a week.

In case the legal snafu has gotten so complicated you simply stopped following it, here’s a not-so-quick refresher: in 2007, 26-year-old John Maloof bought a box of 30,000 negatives from an estate sale for $400; his collection later grew to over 100,000 images. These images—the life’s work of then-unknown amateur street photographer and nanny Vivian Maier—took the world by storm, being hailed by some as some of the greatest street photography of the 20th century.

But not long after Maloof unveiled the collection and the story took on a life of its own, a legal battle began over who really owns the images and whether or not it was legal for Maloof to sell and publicize the images before he obtained the rights, which he later did from one of Maier’s first cousin once removed. There’s even a question of whether that cousin is the rightful heir to the Maier estate.

While the legal battle raged—even as it seemed Maier’s work would perhaps be removed from the public eye and another owner of Vivian Maier photos sold his collection to a gallery in Toronto—the documentary film “Finding Vivian Maier” was nominated for an Oscar and has since popped up on Netflix. The obsession with Maier’s work, it seems, has continued.

Fortunately, this long, drawn-out, complicated legal battle seems to finally be coming to a close. The Chicago Tribune is reporting that the warring parties have reached a “tentative settlement” that will be presented to a judge for approval on May 10th.

Maloof, quoted in the Tribune piece, hasn’t signed any agreement, but seemed positive. He said he hoped the settlement would allow everybody to “move forward,” and if finalized, he would begin developing hundreds of rolls of color film Maier captured later in her life—photos that have never been seen before.

The terms of the agreement are still unknown, and the question of who the rightful heir to the Maier estate actually is has not been answered, but this agreement is said to be good for both Maloof and the estate. And no matter the details, it all seems to be good news for photo lovers and people who enjoy Maier’s work.

Soon, the Vivian Maier website and galleries both might be filling up with more never-before-seen work for Maier fans and critics alike to pour over.

From Paper to Pricing: How to Print and Sell One of Your Photos