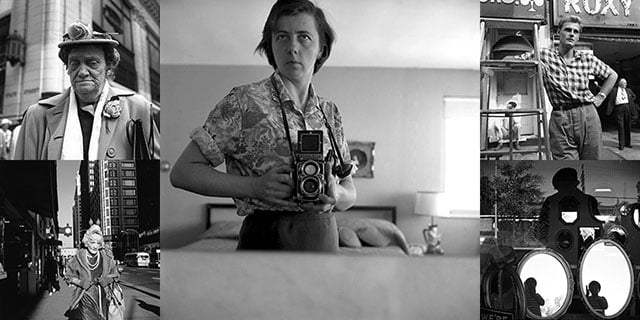 Amidst a messy legal battle over copyrights to Vivian Maier’s now famous work, a gallery in Toronto has acquired the entire collection of negatives owned by Jeffrey Goldstein.

StreetShootr first reported the sale and also published an interview with Stephen Bulger, the owner of the Stephen Bulger Gallery, about his purchase.

Vivian Maier was a previously unknown street photographer who became famous in recent years after large collections of her work were auctioned off in 2007 and purchased by three different photo collectors. Eventually two collectors named John Maloof and Jeffrey Goldstein came to own virtually all of the work.

After tracking down Maier’s heir and paying for copyrights to the photos, the two collectors began to promote and sell the work.

Things were going very well until recently, when a lawyer and photographer named David C. Deal began to challenge the current owners in court, claiming that he had located a closer heir that was the rightful owner of the copyright.

With things getting increasingly murky on the legal side of things, Goldstein has decided to sell his negatives to Stephen Bulger rather than face the legal fees of a potentially drawn out case. “In the end Jeffrey sort of thought that these negatives are a liability,” Bulger tells StreetShootr. “As it stands he can’t really do anything with them.”

The deal happened on December 17th, 2014, and the Stephen Bulger Gallery is now in possession of the negatives. The sale involved roughly 17,500 photographic negatives representing about 15% of the entire known Maier collection.

Unfortunately for Bulger, he’s bound by the same legal handcuffs that caused Goldstein to give up on the photos. Until the copyright issues get sorted out, the 15% owned by the Stephen Bulger Gallery will be hidden away in a museum-quality storage facility and out of public view.

P.S. If you’d like to read up on how this whole story has played out so far, you can find two in-depth articles on it written by The New York Times and Hyperallergic. StreetShootr‘s interview with Bulger has interesting background information as well.

Image credit: Header thumbnails from negatives in the collection of the Stephen Bulger Gallery

Judge: Police Can Use Fake Instagram Accounts to Try to See Your Private Photos