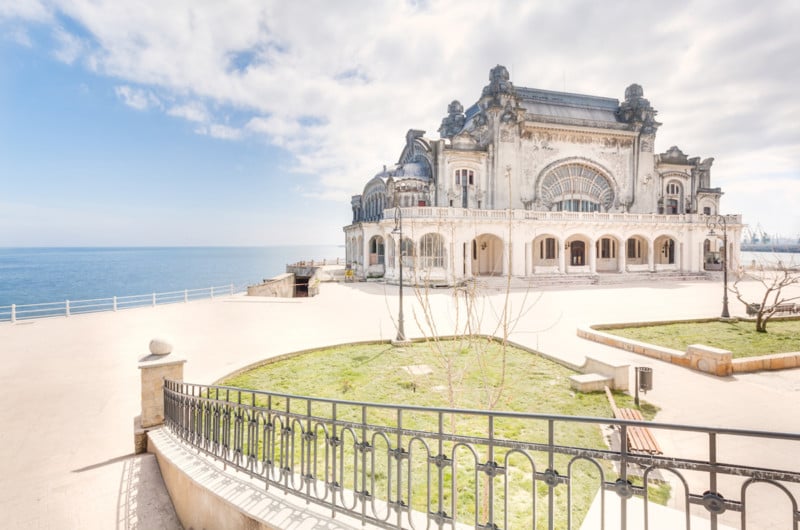 Once this was the most glorious building of Romania but since 1990 it’s been abandoned and slowly but surely falling apart. The building is now listed as a historic monument by the Ministry of Culture and Religious Affairs of Romania.

I usually don’t share location-specific information regarding the whereabouts of the building I’ve visited, but this is such a well-known historical place that I’ve made an exception. This allows me to also share some of the history and facts of the city it’s located in, which is rather interesting. 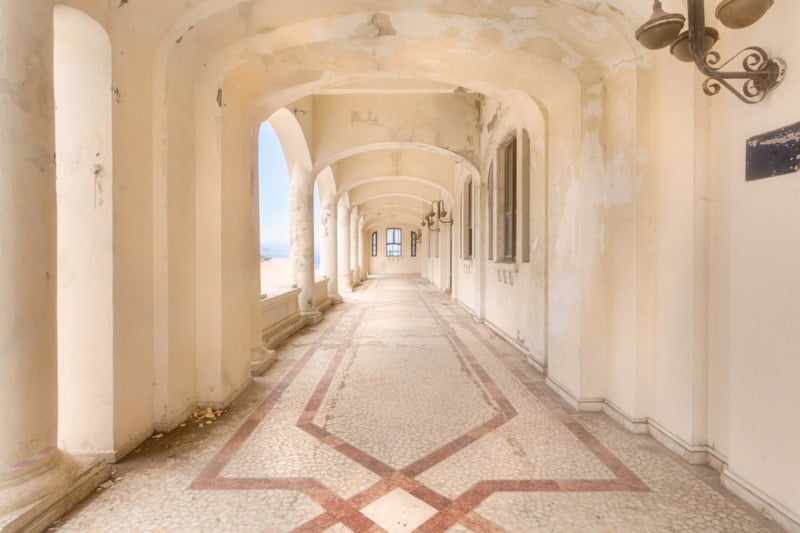 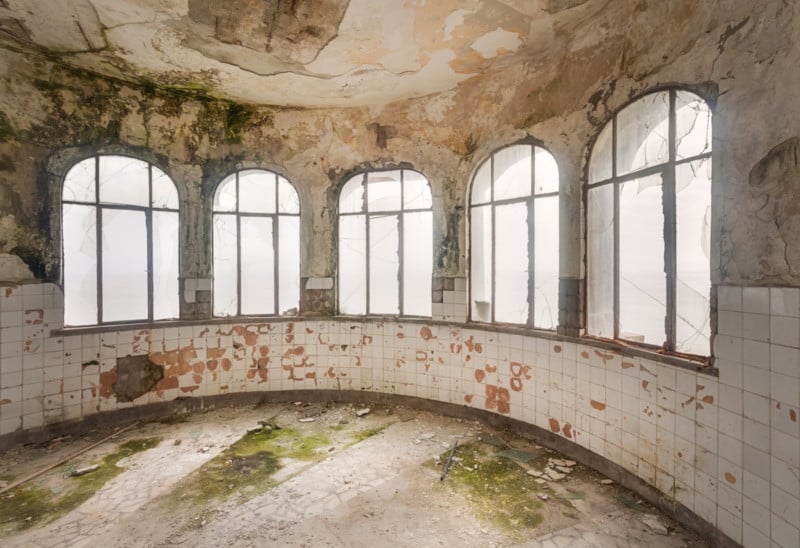 The casino is built in Constanța (formerly known as Tomis), Romania. The name of the city comes from the half-sister of the Roman emperor Constantine the Great. Constanța is the oldest Romanian city that’s been continuously inhabited, and was founded around 600 before Christ. It is located at the coast of the Black Sea and is the largest city in the region.

The city itself has nearly 300,000 citizens and attracts a lot of tourists during the Summer because of the large beaches and the fact that it’s one of the warmest cities in the country.

The casino used to be the eye catcher of the city, which is the largest port on the Black Sea coast and also one of the largest ports in Europe. The pedestrian area around the casino is a popular destination for couples and families because of its romantic and friendly atmosphere. A similar building has been constructed in Monte Carlo, Monaco, because of competition. 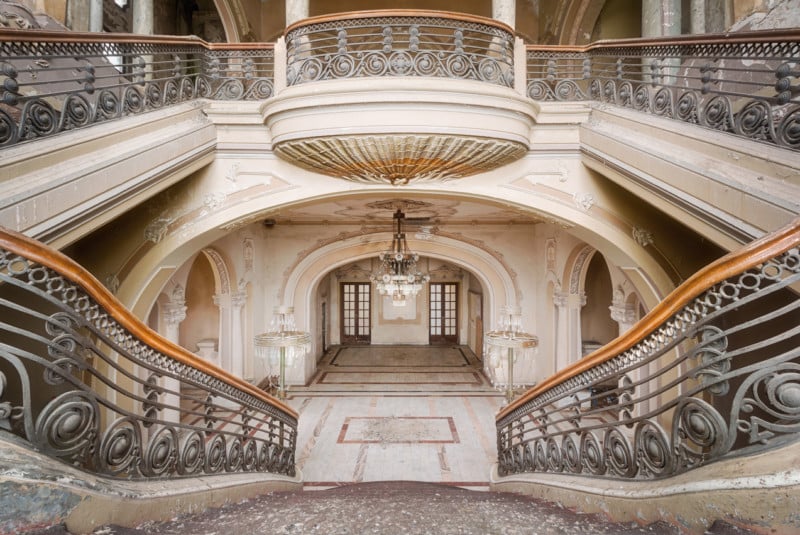 The casino is a 24/7 well guarded place and entering is nearly impossible without legal permission.

But even though it’s so well guarded, the indecisive attitude of the local authorities has caused the casino to fall into disrepair. The last major repairs took place in 1988. We talked to one of the guards the night before our appointment and he felt sad and angry because authorities seem to simply not care about renovating the building. Nobody understands it. 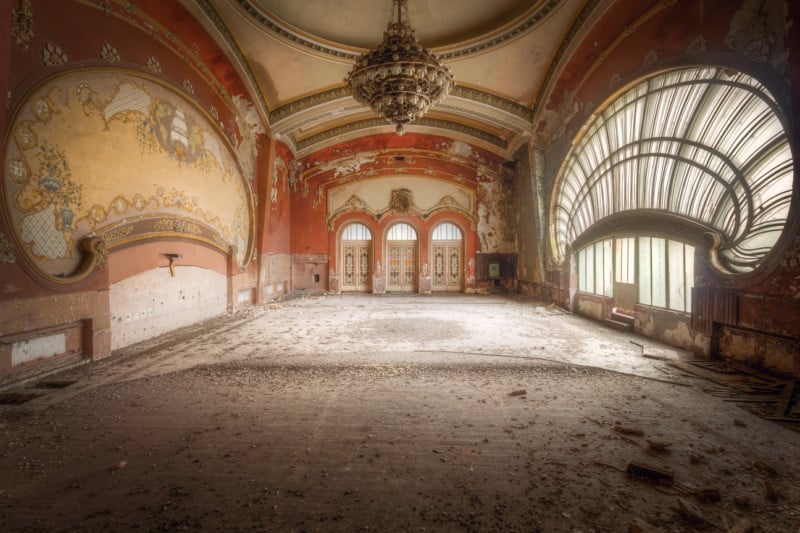 The Art Nouveau building with its stunning 18th century Baroque accents was commissioned by the Romanian King Carol I, designed by Daniel Renard and Petre Antonescu, and first opened to the public in 1910. It was erected with money from the public.

The original plan was to pay homage to Romania’s artistic traditions, but while the building was in progress, it turned into an Art Nouveau palace for the Belle Epoque.

Many wealthy travelers enjoyed their time playing games and dancing in the jewel of the city. The restaurant right across from the casino, which has actually been renovated and given another purpose (I believe it’s an aquarium now), was the place to enjoy dinner. The city still offers some of the best restaurants in the country nowadays. 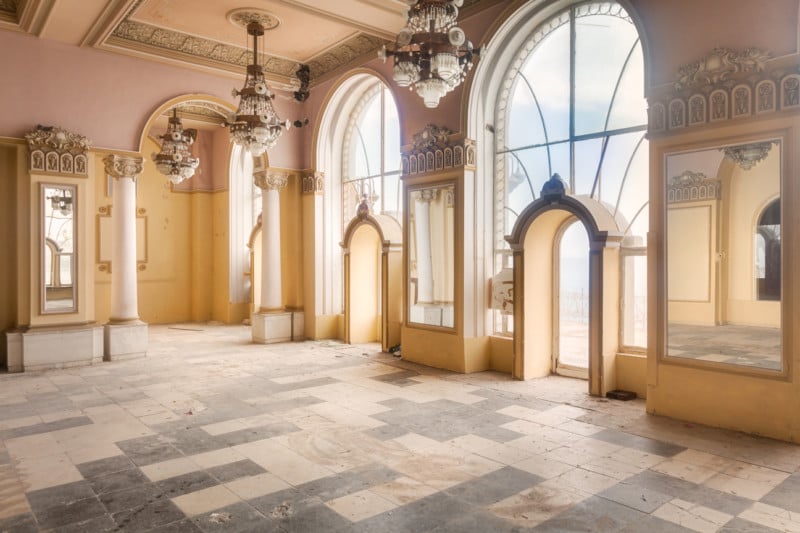 The iconic building survived two World Wars. During the 1914 visit of the Russian Imperial Family, the casino was host to a royal gala. Despite diplomatic negotiations, Grand Duchess Olga refused the proposed marriage to Prince Carol of Romania and the Russians sailed away. Olga was later killed by the Russians along with the rest of her family.

During the second World War the building was used as a hospital. Under the post-war communist regime it even operated as a restaurant. But maintaining the structure quickly became too expensive and in 1990 the building was closed… It has been closed ever since. 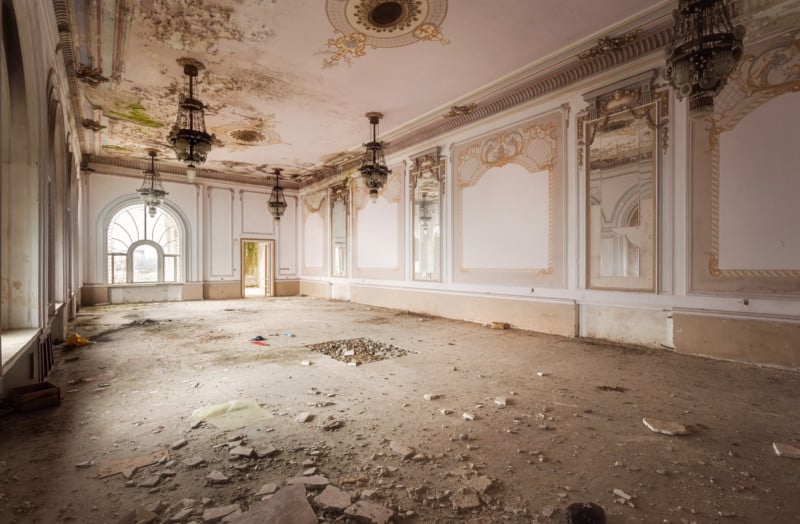 Rumor goes the government has set aside 9.5 million Euros for renovations, but they were scheduled to start in 2015 and nothing has happened yet. The latest investor who leased the building in 2007 cancelled the concession contract.

So far, no new investors have shown interest in the casino. 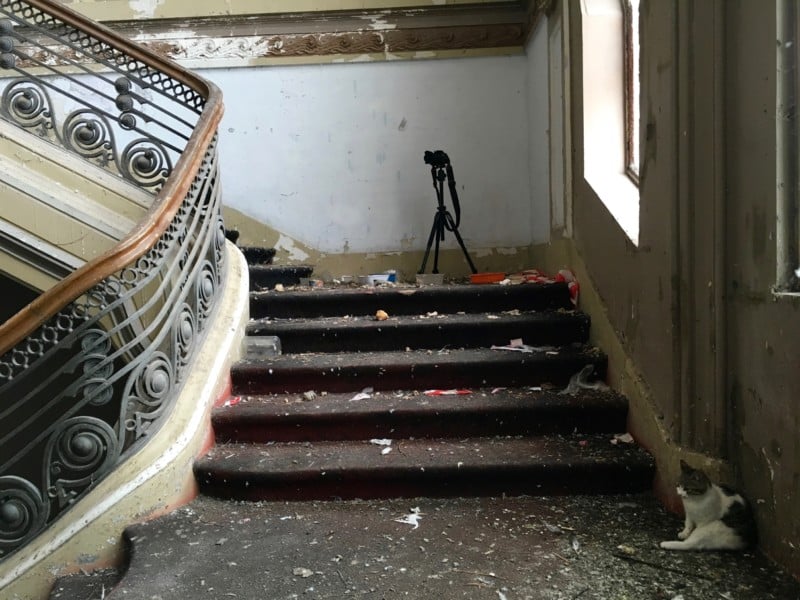 Right after setting foot inside the building, a pigeon fell from the railing at my feet, dead. Cats that were inside quickly ran to the pigeon, dragged it into a corner, and ate it. I was shocked and surprised.

The amount of pigeon and cat feces was insanely high. It immediately hit my lungs having impact on my breathing and also causing a headache. Next to the feces there were also a lot of leftovers from food that were probably left there by visitors of the casino in the past years. I did not expect the place to be in this bad shape at all. 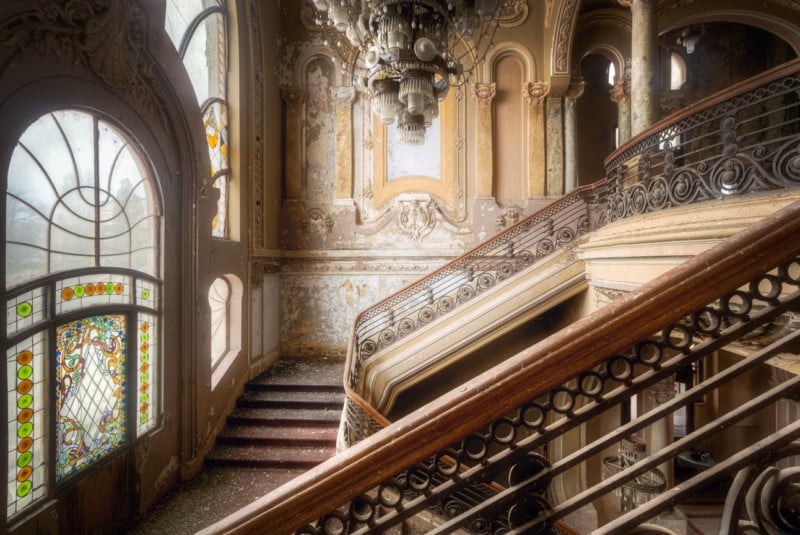 Other than that Romania struck me as a very friendly and helpful country. Everyone we spoke to tried to speak English to communicate, traffic was okay, the food in the Greek restaurant (Nikos) was lovely, and the service from the rental car company near the airport was perfect.

I would like to share a few other pictures I made while exploring the casino. You can find them below. 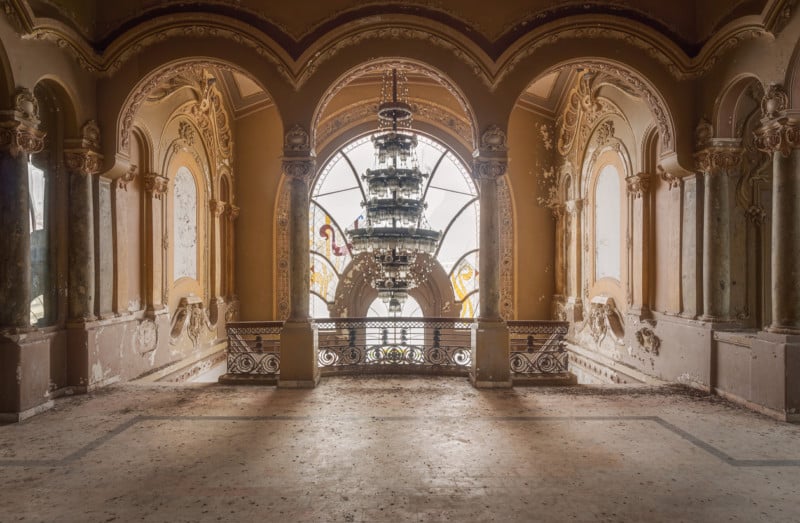 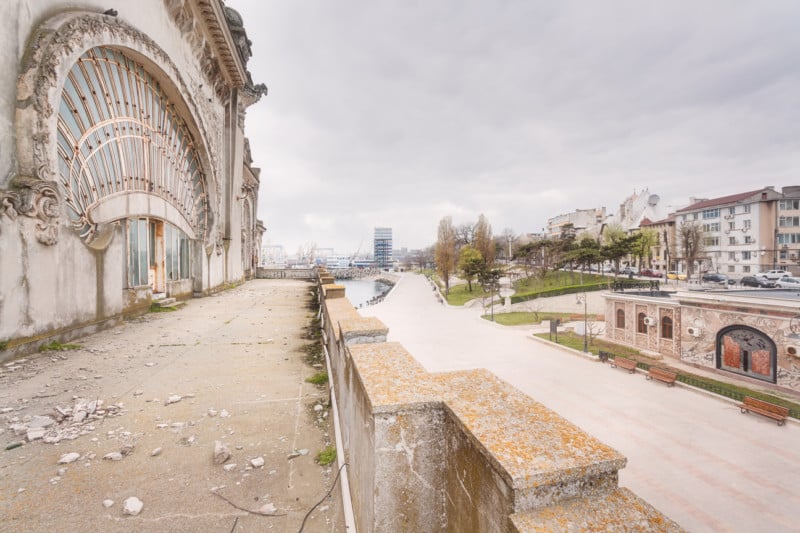 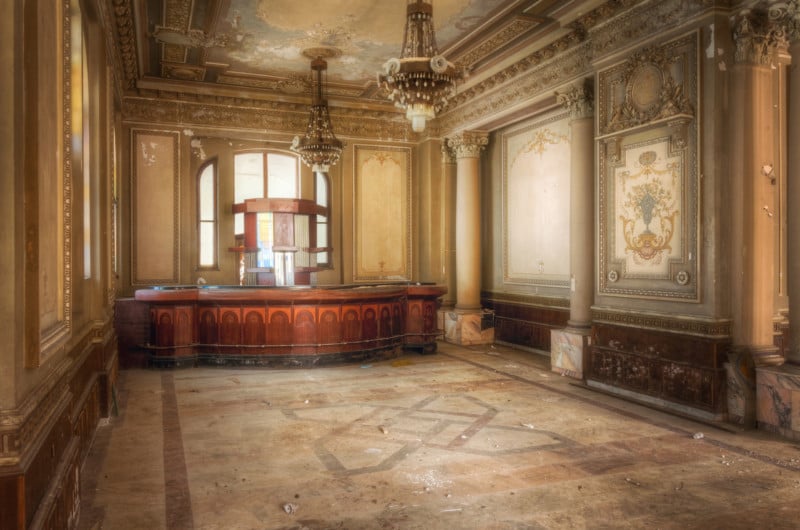 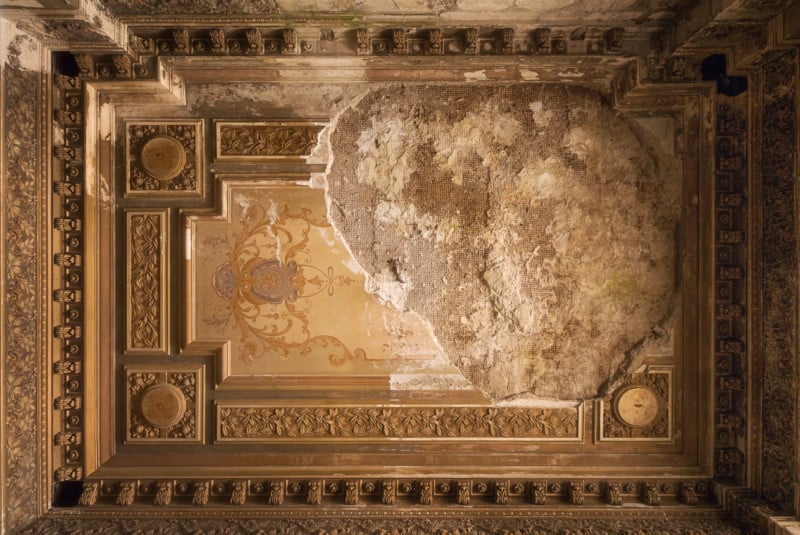 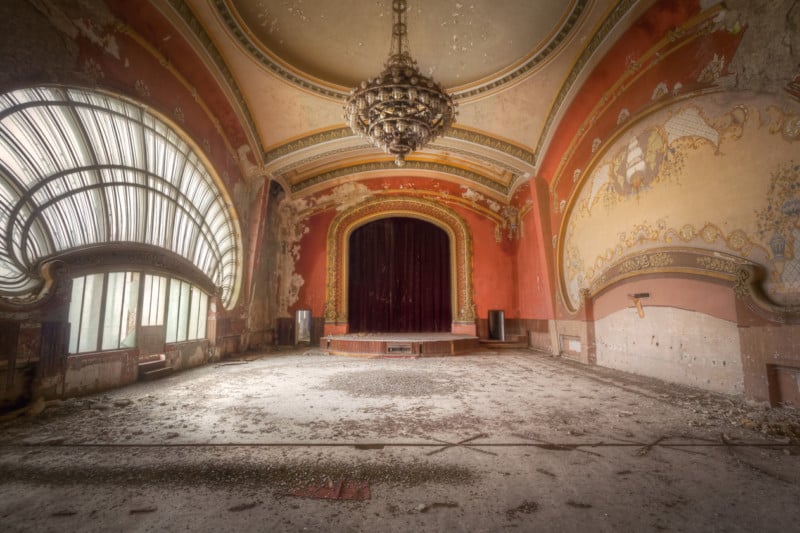 Review: The Pixelstick is an Actual ‘Game-Changer’ Worthy of that Title

Ep. 66: When a Presidential Campaign Steals Your Photos – and more