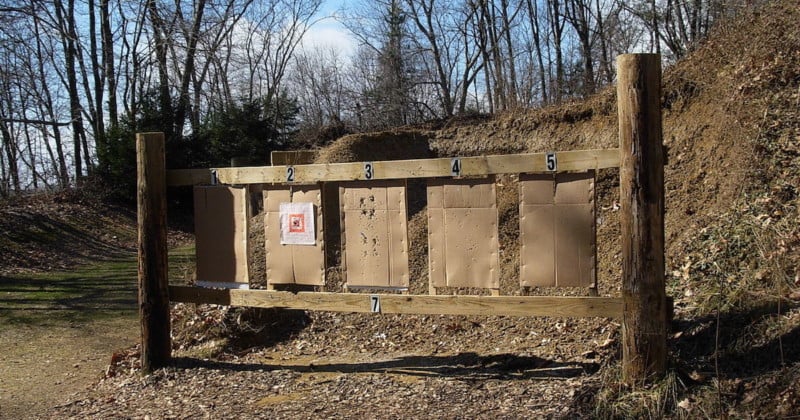 A man in Sutton, Alaska was shot and killed over the weekend when he accidentally stepped into someone’s line of fire to capture photos of video of other people shooting guns at a local makeshift shooting range.

30-year-old Army veteran Adam Malaby was out at a location known locally as “the Gravel Pits,” where people reportedly come to shoot guns and ride ATVs, often while drinking alcohol. Not an official shooting range, it’s considered a very dangerous place by some local residents.

According to Alaska State Troopers, Malaby was shot by a .40 caliber pistol while attempting to take photos or video of other people shooting guns. CPR was being administered when Troopers arrived, but after being medevaced to Providence Medical Center in Anchorage, Malaby was pronounced dead on arrival.

Many are asking how an Army veteran, clearly well-versed around guns, could make the mistake of walking into the line of fire to capture photos. But resident James Meyers told a local CBS station he wasn’t surprised.

“I figured it was only a matter of time,” he said. “With all that goes on up there, so many people shooting and so many indiscriminate directions without really any rules or guidelines.”

Dillon Barron, another local who’s been to the gravel pits, says there’s rarely a firing line established. “I have had cases where people have fired guns in my direction from behind me,” he told KTVA.

Troopers are investigating the incident and wouldn’t offer further comment. Meanwhile, the local Community Council had already met earlier in the weekend, before the incident, to discuss the gravel pits and how they might be better regulated.

Composition Tips: How to Capture that ‘National Geographic Style’