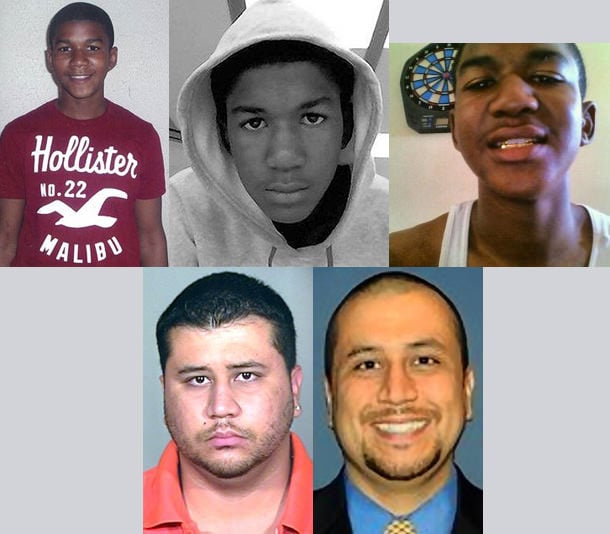 One of the biggest stories in the news over the past month has been the controversy surrounding the shooting of Trayvon Martin. Poynter has published an article that examines how the media has used photography to portray Trayvon Martin, the victim, and George Zimmerman, the neighborhood watchman who shot and killed him.

The dominant photo of Martin shows him 13 or 14 years old, wearing a red Hollister T-shirt. Other photos, none of them recent, depict a young Martin in a youth football uniform, holding a baby and posing with a snowboard. He is the picture of innocence.

The most common photo of Zimmerman is a 2005 police mugshot. He is 22 in the photo, which was taken after he was arrested for assaulting an officer. (The charges were dropped.) He looks unhappy, if not angry.

The contrast — the two photos are often published side by side — has led to criticism that news media have tilted the story in favor of the 17-year-old victim and against the 28-year-old man who shot him.

How Three New Internet Movements Are Changing the World of Art