The UC Davis pepper spray incident was national news. Memes were generated from the resulting photos, which spread across the Web like wildfire in the wake of the events of that November day in 2011. But according to new reports, UC Davis has since spent tens upon tens of thousands of dollars to try and scrub that event from Internet history.

For those unfamiliar, the so-called “pepper-spray incident” took place on November 18th, 2011 during an Occupy UC Davis demonstration. Protesters, who were sitting on a path in the university’s quad, were pepper sprayed by universally police after refusing to leave when asked.

The incident was captured on camera by several photographers—then photo editor of the UC Davis newspaper Jasna Hodzic shared hers with PetaPixel—and before long images like the one below were all anybody could see or talk about online.

The event is back in the news now because of an exposé in the Sacramento Bee and something known widely as the Streisand effect.

According to the Bee, UC Davis has spent the 5 years since the incident throwing $175,000 at different reputation consulting firms in an attempt to scrub the incident from the annals of the Internet.

The numbers emerged in newly released documents detailing several contracts with consultants whose goal was the “eradication of references to the pepper spray incident in search results on Google for the university and the Chancellor.” The ‘Chancellor’ referenced is Chancellor Linda P.B. Katehi, who is again under fire and being asked to resign due to unrelated accusations. 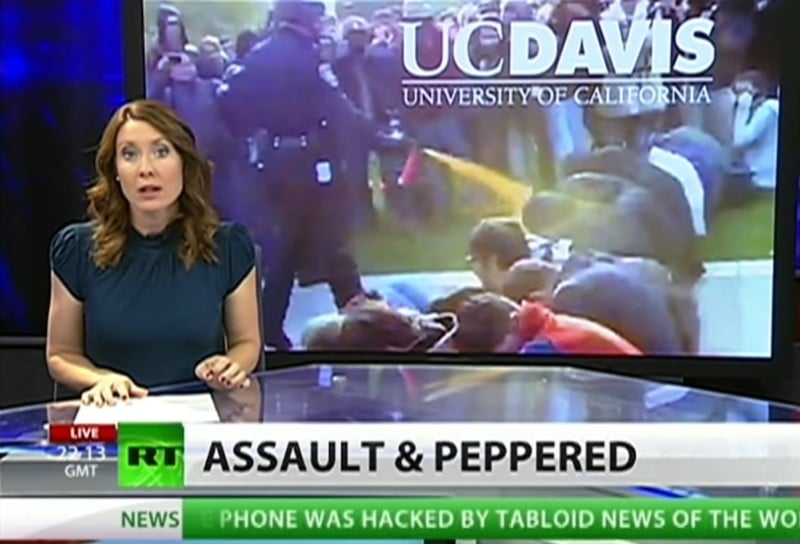 UC Davis is not denying the spending, and in fact has come out in defense of it.

“We have worked to ensure that the reputation of the university, which the chancellor leads, is fairly portrayed,” university spokeswoman Dana Topousis told the Bee. “We wanted to promote and advance the important teaching, research and public service done by our students, faculty and staff, which is the core mission of our university.”

Unfortunately for the university and its goals, admirable or not, the attempt to cover up the incident has led to even more press attention. To read the full report, which details current accusations leveled at the Chancellor and quotes more from the released documents, click here.

Sony’s a6300 Can Register Faces and Focus on them Later, Even in a Group