Re-saving an image over and over and over again in a lossy format (a format like JPEG that tosses some data each time you save/compress the file) slowly but surely degrades the image. This is called generation loss, and it’s demonstrated beautifully in these almost painful-to-watch YouTube videos.

The videos are created by YouTube user Jon Sneyers, who used a script to save and resave and resave the same image over and over, 500 times. He then turns each resave into a frame of the videos below, the result of which falls somewhere between horrifying and artistic:

If you’re more into a stepwise transition that doesn’t go quite as smoothly, Sneyders shared some still frames in a YouTube comment as well. 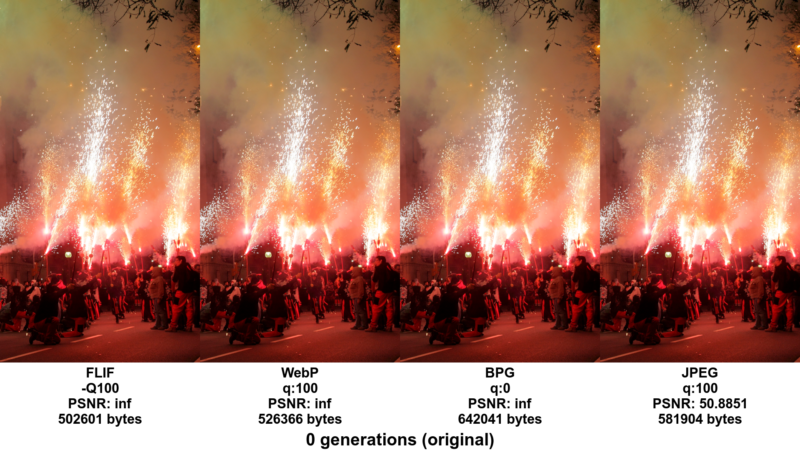 Here it is after 10 generations: 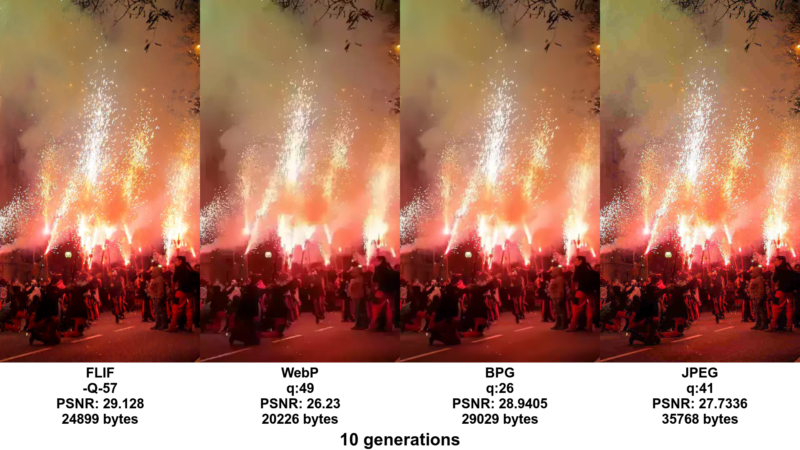 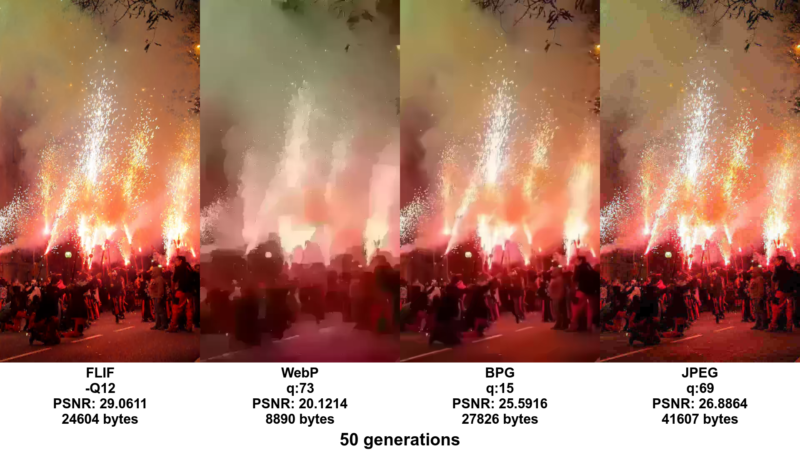 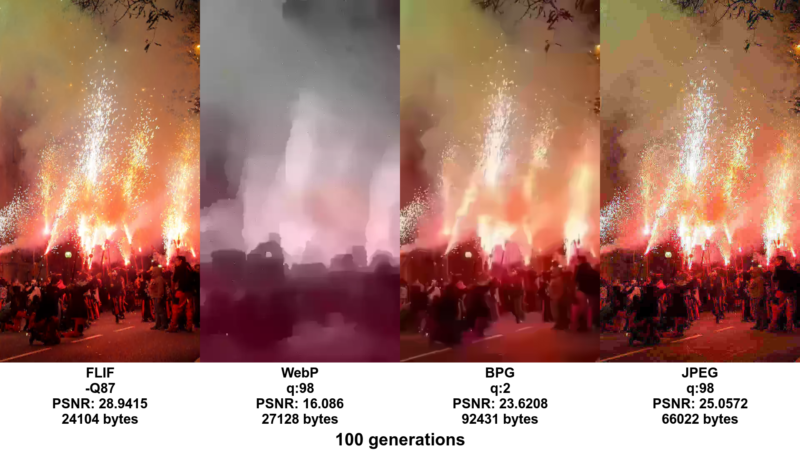 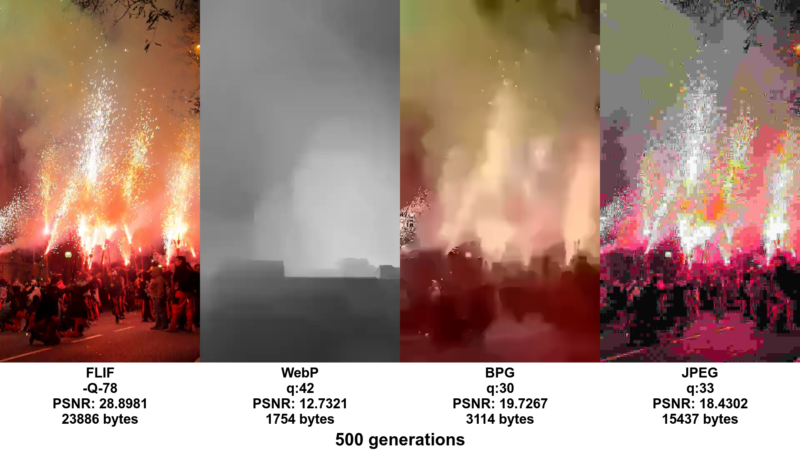 As you can see, WebP does a terrible job of maintaining its integrity (although the degradation is somehow… beautiful), JPEG holds up surprisingly well, and BPG degrades differently than JPEG, but not necessarily better or worse. Each of these is the result of how a specific format goes about compressing an image.

FLIP, a lossless format, sees no generation loss after the initial compression. You can think of that one as the control.

Review: Shooting the Sony RX1R II From Manila to India

This Animation Was Created Using Old Photos from the Early 1900s