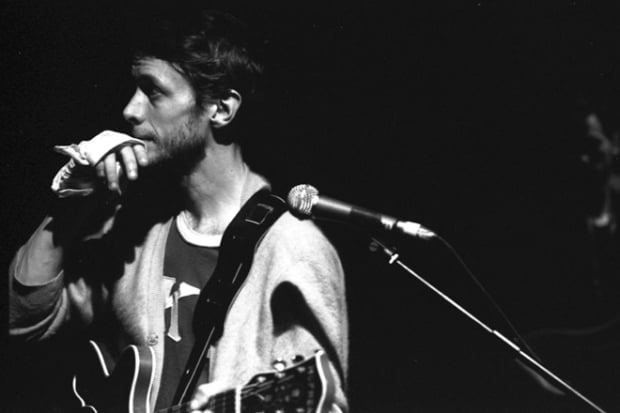 It came out first in 1940, when Europe was plunged into war but America was enjoying the dying days of calm before the storm. It was Kodak’s new black-and-white film, designed to be shot on location. The only problem was, it was only available in large format.


Fourteen years later, it came out in 35mm and 120 and quickly became a staple of news photographers and photojournalists; a monochrome film that could be pushed and pushed and pushed again, creating atmospheric pictures on overcast days and in gloomy interiors.

Along with the long-lost Kodachrome, Kodak’s Tri-X might be the most iconic film the American photographic giant has made. It is 62 years since Tri-X was released; a 400-ISO black and white film that, it seemed, could always get an image. 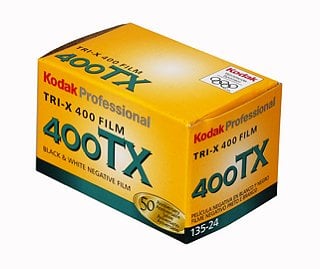 Its characteristic grain and chalk-and-charcoal contrast were matched with its flexibility when it came to development. Tri-X became a staple for everyone from war photographer Don McCullin to rock photographer Anton Corbijn, punk legend Pennie Smith to the masterful street photographer Garry Winogrand.

I started shooting my Soundcheck Sessions project in 2004 photographing Nashville’s Lambchop in the Croatian capital Zagreb, and had a few rolls of Tri-X with me. One of the band’s crew had developed Tri-X in a previous job working in a photo lab. “Man, you can push that stuff so far it comes round the other side,” he said over dinner. He’s not wrong.

If the picture couldn’t be captured at ISO 400, then Tri-X could be pushed to 800, or 3200, or even 6400; change the camera’s meter to the desired ISO, and you or your lab make the necessary adjustments to the development time. The grain increased, sure, but the contrast remained. As Wired put it, Tri-X has been stamping it’s “gritty authority” since the 1950s. 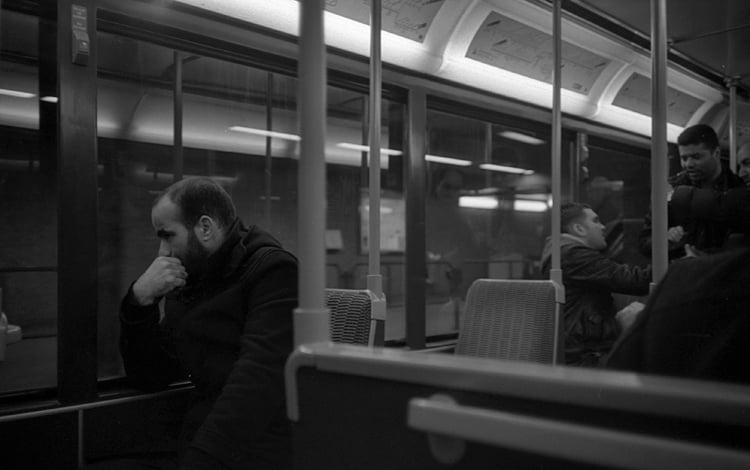 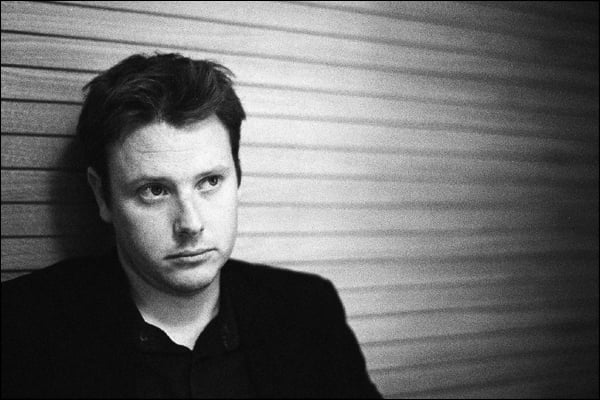 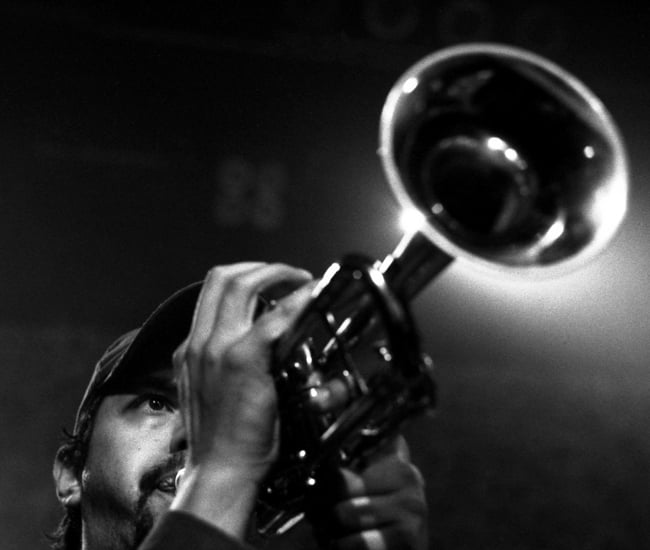 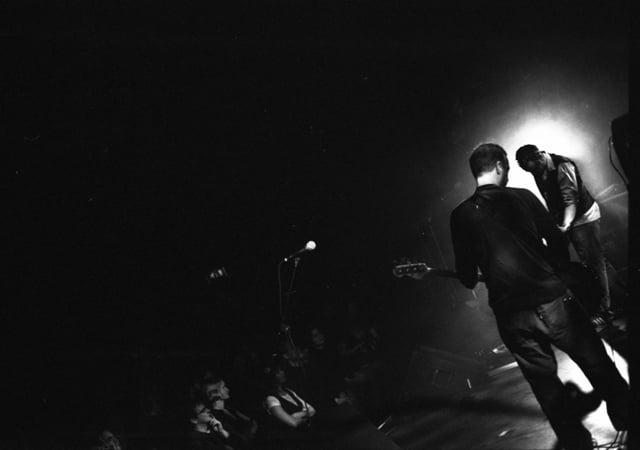 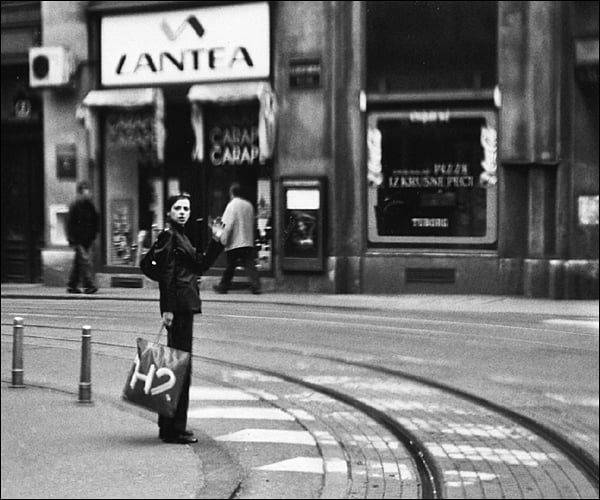 Back in 2014, as Tri-X celebrated its 60th anniversary, the Economist’s Intelligent Life magazine put Kodak’s veteran monochrome film under the spotlight, interviewing the likes of McCullin and Corbijn about their experiences using the tried-and-trusted Tri-X. “The story of Tri-X is unique. It goes to the heart of how we see and what we see and what we may be losing as billions of casual, digital snaps are taken daily and as photographic integrity is subverted by the dead, flawless, retouched faces of actors and models that gaze blankly out at us.”

Corbijn and McCullin had both panicked at the news of Kodak filing for bankruptcy protection at the beginning of 2012. “I bought 2,500 rolls,” Corbijn told Intelligent Life’s Bryan Appleyard. “My studio in Holland has three floors and there’s a fridge on each floor, all full of Tri-X.”

Corbijn and McCullin’s fear proved to be overstated; Kodak Alaris, the film-producing company that emerged out of Kodak’s restructuring, has pruned its portfolio of films but Tri-X remains.

Tri-X wasn’t designed for the safe, predictable light of studios. It seemed a film best suited on location, in subdued light. It’s no mistake that many music photographers, shooting bands under the hard lights of the stage or in unsophisticated set-ups backstage or in hotel rooms choose Tri-X. Pennie Smith shot the cover of The Clash’s 1980 meisterwork ‘London Calling’ on a Pentax ESII and Tri-X, freezing in time bassist Paul Simonon’s destruction of a four-string. Jane Bown, The Observer’s portrait photographer par excellence, shot Tri-X her entire career. Her keep-it-simple approach married Tri-X to an Olympus OM-1 SLR, set to f2.8 and 1/60, and what light she could work with from a window. It’s in such off-the-cuff situations that Tri-X shines.

Then there’s the grain. Tri-X has never had the smoothed out even-ness of many black-and-white films. Grain was always apparent, more so if the rolls were cooked a little more in the developer for push processing. But that characteristic grain seems to have been one of the reasons why Tri-X is still part of the Kodak roster; many photographers are finding a real difference between film grain and digital noise. As the Leica blog Leicaphilia put it, “the organic quality of the grain and how the medium itself, with its random imperfections, was a necessary part of the image itself. And now we shoot film for the grain.”

I used Tri-X a lot in the early days of my Soundcheck Sessions project, alternating between it and Fuji Neopan 400 from shoot to shoot, before deciding to stick with Neopan for the soundchecks and Tri-X for most of my other mono work. I’m not going to pretend that it was a toss-of-a-coin moment, but Neopan was a fantastic film in its own right; Fujifilm decided, in their wisdom, to pull the plug on it back in 2014. 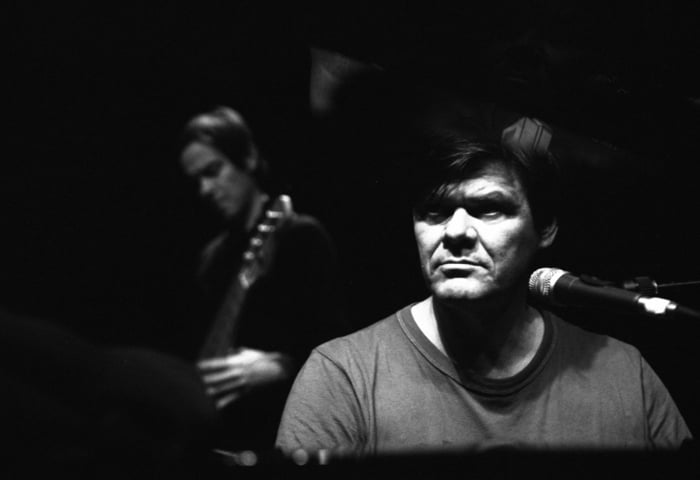 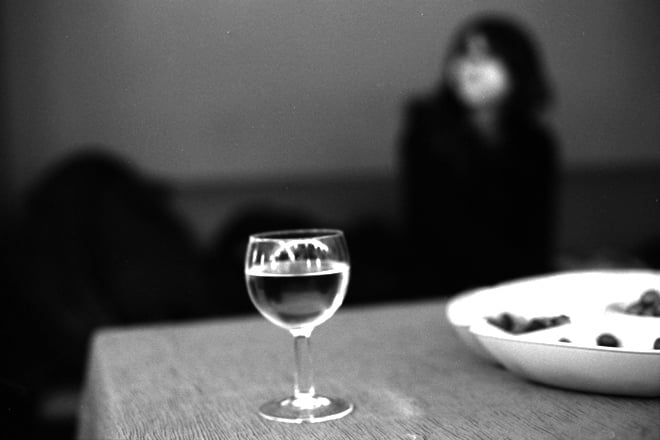 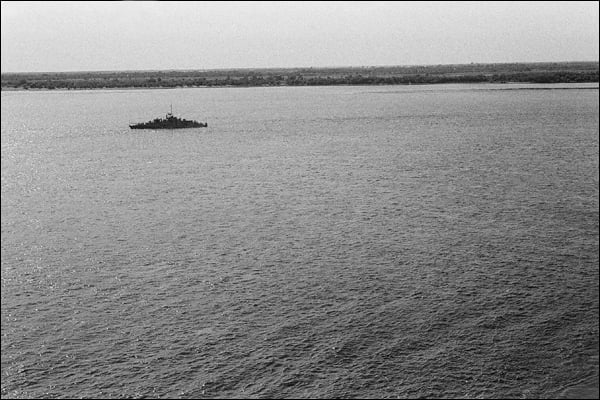 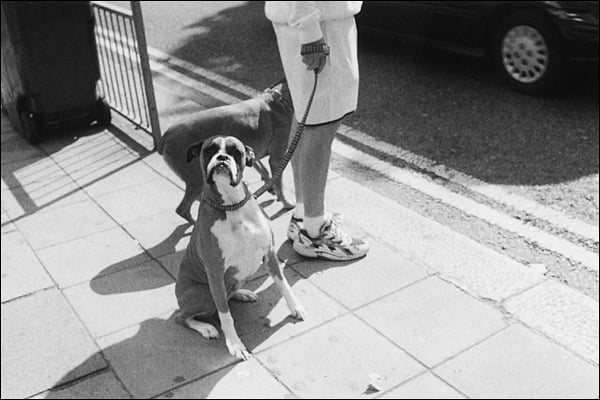 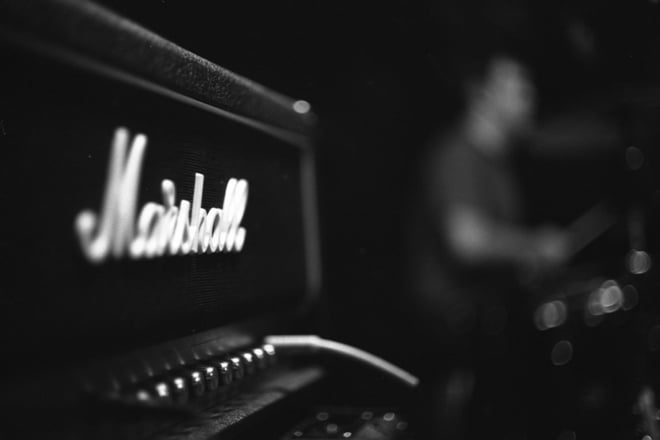 What I have used Tri-X for is for travel and portraits. Any time I travel I’ll bring at least a few rolls of Tri-X with me. It’s fantastic for shooting candids in low light, environmental portraits, and the details of everyday life captured through windows and doorways. ‘Always keep a camera loaded with black-and-white film’ is a pretty good maxim, and most of the time that film will be Tri-X.

Tri-X won’t be a film for sunny summer’s day, but then that’s usually an arena that cries out for colour. But for me, it has been the film that’s captured market traders taking a cigarette break in Ulan Ude; a hostel cat staring at raindrops on an Istanbul window; the moody solitude of a Brussels metro and the greyness of a November evening in Ghent. Portraits on overcast days and in the lamplit gloom of pubs and cafes. 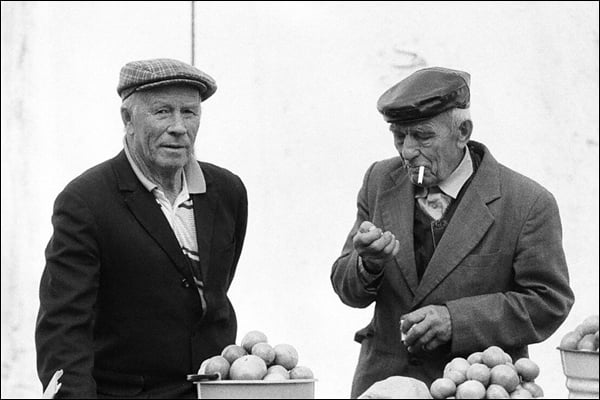 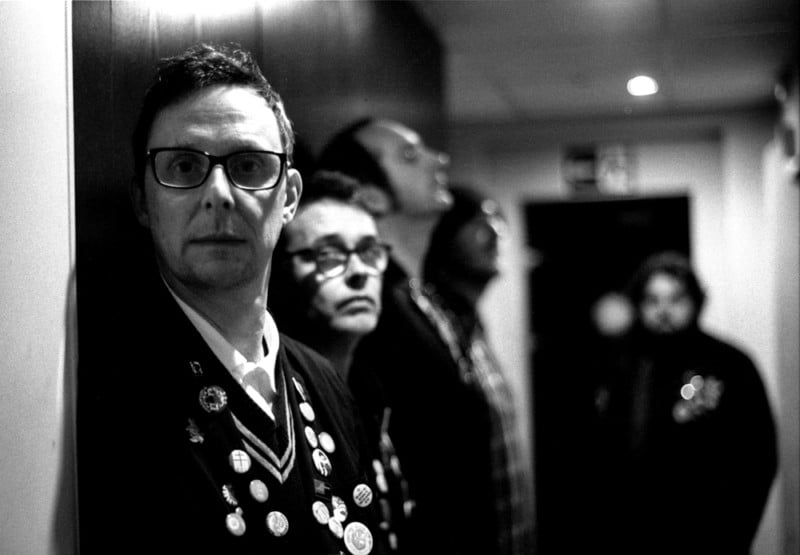 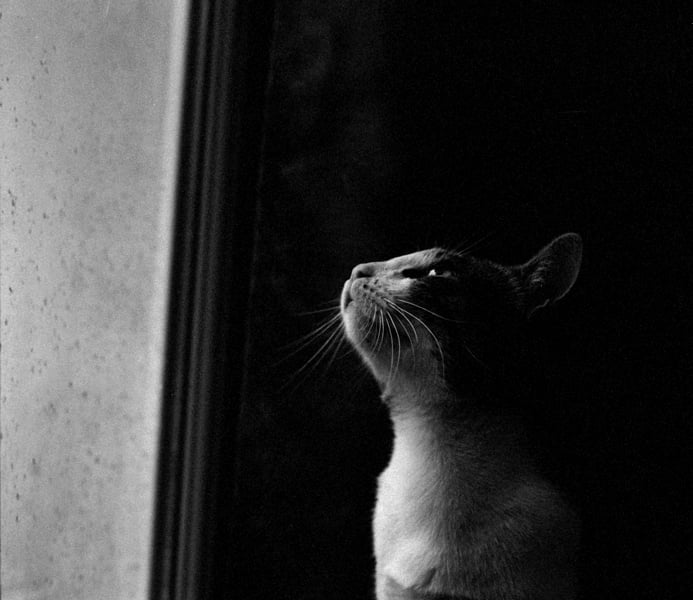 I know that there’s many film photographers who find that crisp contrast of Tri-X too hard – many seem to prefer the more graduated contrast of Ilford’s HP5 (an excellent film in its own right). But Tri-X, like Kodachrome, is a film that helped define photojournalism in the latter half of the 20th Century, and it’s something of a miracle that you can still shoot with a film that documented 1950s jazz clubs, the Vietnam War and the birth of punk. 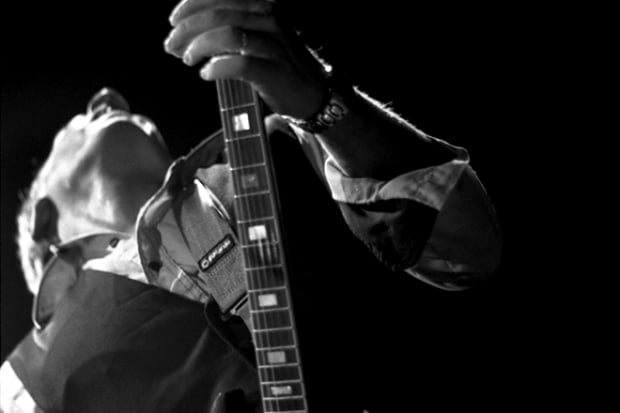 When you load a roll of Tri-X into a camera, you’ve joined a club, one that includes photographers such as Henri Cartier-Bresson, W Eugene Smith, Josef Koudelka and Jane Bown. A club that’s captured the world, in all its beauty and tragedy, with the gritty grain of a Kodak classic.

About the author: Stephen Dowling is a transplanted New Zealander who has been living in London since 1994. He is a writer by day and a photographer in his free time. You can find his photos and writing on his blog and Flickr (where more of his Tri-X photos live). This article was also published here.