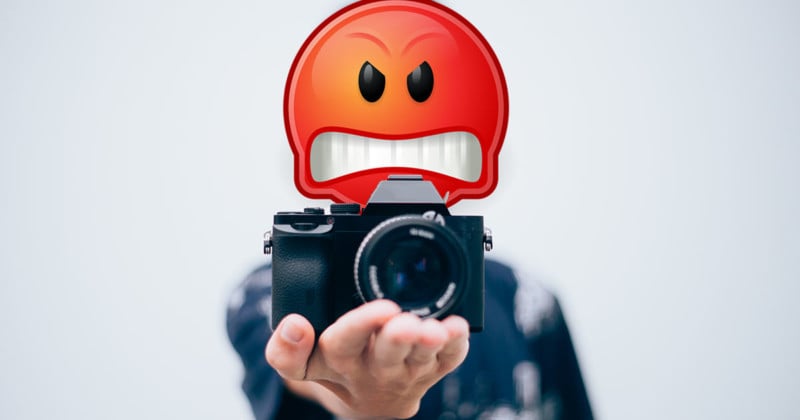 A few months ago, I published a podcast called The Photographers Conflict which addressed some of the conflicts that photographers seem to have with each other.

I thought I might be the only one who felt this way. Well that is until this week when I was reading Trey Ratcliff’s blog and he had a little excerpt about something very similar. He questioned why photographers appeared to be so grump in this post on Stuck in Customs.

What Trey Had to Say

Have you noticed there are quite a few photographers that take themselves QUITE seriously? I don’t really hang out with a lot of other photographers… but I was thinking about this in Venice when I was walking around St. Mark’s square and random photographers were everywhere. So many of them were SO serious… walking around and scowling… getting that shot… it’s such a funny thing to me. 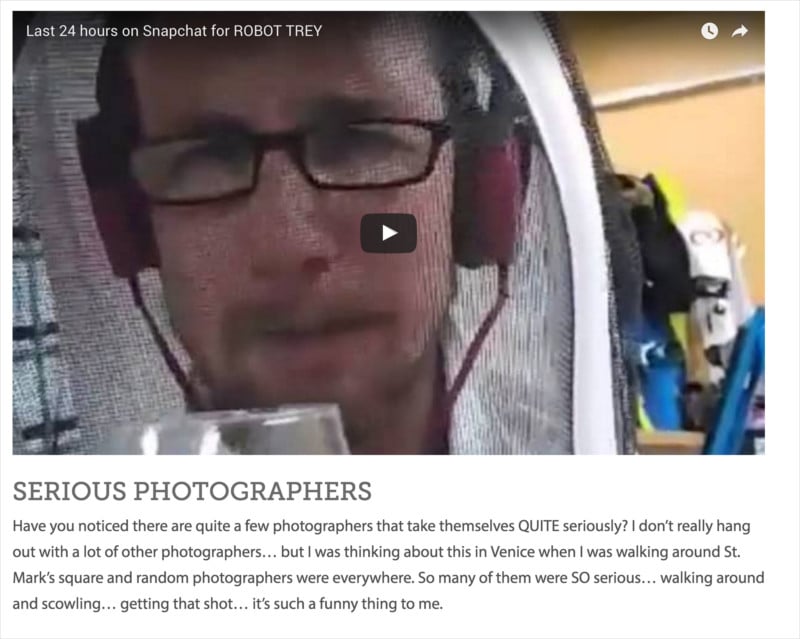 Even Psychologist Have Noticed It

It seems that it has become such a thing that even psychologist have written about it. I came across an interesting blog that explored the same topic and attempted to answer the question – Why Photographers Behave Badly Online. It was an interesting article that you can find here.

The article basically attributes it to a combination of cognitive dissonance and sour grapes. It occurs when photographers somehow feel wronged by others that they perceive are not as good as themselves or when they feel someone is getting unfair recognition compared to themselves.

I think Trey and others might be on to something here. This is not a one off event but perhaps a growing trend as the popularity of photography grows and more of us are sharing the world.

Here are 5 things I have noticed recently that make me believe, some photographers are just too grumpy.

1. Photographers don’t seem to smile at each other very much

I must say the overwhelming majority of my interactions with other photographers are super positive. But, I often have the same experience as Trey as well. In fact, over time, I am finding more negativity creeping in. I’m not sure why.

For example, when I go out taking photos along the beaches here in San Diego, I often go to places where lots of photographers are milling about.

I usually try to make eye contact with them and smile mostly because we are all doing the same thing which is find a nice picture. Most people that are not photographers often smile back and say something cheery. But pretty universally, I find that other photographers will avoid eye contact all together and make those scowling or serious faces like this is no joke.

I read photography blogs everyday, but I try to avoid scrolling down to the comments sections, lest I become too discouraged. No matter what the article is about, I find that there will always be some negativity in the comments.

I will sometimes write guest blogs for PetaPixel on subjects that I think are of general interest. I made the mistake of reading some of the comments that were posted to my first article and got discouraged. I felt really bad about my writing and my photography. I can’t say that the comments were not accurate, just that the negative tone made them a bit hard to digest.

I was at a wedding a few years ago. The bride and groom asked me to bring my camera and take some photos for them during the ceremony.

Everything was going great. I was taking lots of nice shots of the ceremony. Then all of a sudden this guy wearing 3 cameras, wearing all black, comes up to me and starts getting very hostile. He said, “make sure you stay out of my shots!”. Turns out he was the photographer they hired. He wasn’t the nicest guy in the world but he was determined to shut every other camera in the room off. He wasn’t nice about it either.

Anyway, I slinked off making sure that I was in the back of the room. Even though the bride and groom wanted me to take pictures, I felt shamed into staying out of his way. Every so often he would glare at me to make sure I knew he was was watching me.

Interestingly enough, later that night, I started to take a few pictures of people at tables and he hopped right in front of me and started taking the same ones I was. He was very aggressive. Funny, but photographers seem to not like other photographers hanging around (particularly at weddings I have noticed!)

4. Photographers Get So Competitive They Start Landing Blows

I read a great article by Rob Sheppard that talks about photographers getting very competitive in iconic places as they try to get the best shots for themselves. You can read the article here.

In his article he shares what his friend told him after returning from a Yosemite – It was a weekend and peak time for fall color, so there were crowds of photographers. It was a photo fest everywhere I went. There were many people at sunset at the bristlecones and Mono Lake, perhaps partly due to Yosemite and Death Valley being closed.

Most of these photographers, especially some clearly in photo workshops, did not seem to be having much fun. Very grumpy, competitive, and soooo anxious to be in the right spot – glad I didn’t have to hang around them much.

I have experienced this, too, both photographer numbers and photographers not seeming to have fun in locations from Yosemite to Arches to Canyonlands National Parks and more. A photographer I know even witnessed fist fights in the Slot Canyons near Page, Arizona.

5. Some Photographers Get Upset About New Technologies and Change

New technology tends to bring out the grumpy old photographer in all of us. And so does anytime type of change among quite a few photographers.

When digital cameras came out, some photographers got upset about it because it wasn’t pure photography like film. See this article on how Technology Ruins Photography.

When Photoshop emerged, some photographers got upset about it because it was altering the image too much and was not pure photography. See this article on how Photoshop is Ruining Landscape Photography.

When VSCO, RNI, Alien Skin started releasing preset filters that helped people make their photos look cool, some photographers got upset that it was ruining photography. See this article on how Filters Make your Photography Lazy.

These articles make good points, but they are not going to stop the inevitable progress of photography. Things will get more digital. Tools will make things easier. Photography will continue to grow and more people than ever will be participating each and every day.

I think new technology can be threatening and has a way of upsetting people who are stuck in their current ways. In photography, I always think its important to embrace new technologies that help your photos.

Trying to Stay Positive and Out of the Grump Zone

I have to confess. I am sure there is a little bit of the grumpy photographer in me from time to time. I sometimes have to avoid myself from taking it all too seriously and to remember that photography is a choice for me and not a job. I guess I have the luxury of not taking it all too seriously. I have the luxury to make it my hobby. Not everyone has that so they need to take it more seriously than me.

But, I believe nothing good ever comes out of a negative mindset. I can’t make my photography candle burn brighter by blowing out someone else’s candle. I cannot create something good if I am focused on how bad someone else is or how bad their photography is, or why I think I could do it better.

About the author: Frank McKenna is an amateur photographer based in La Jolla, California. You can find him on his blog, 500px, Tumblr, and Google+. This article was also published here.

Before & After: How One Popular Photographer Edits His Photos