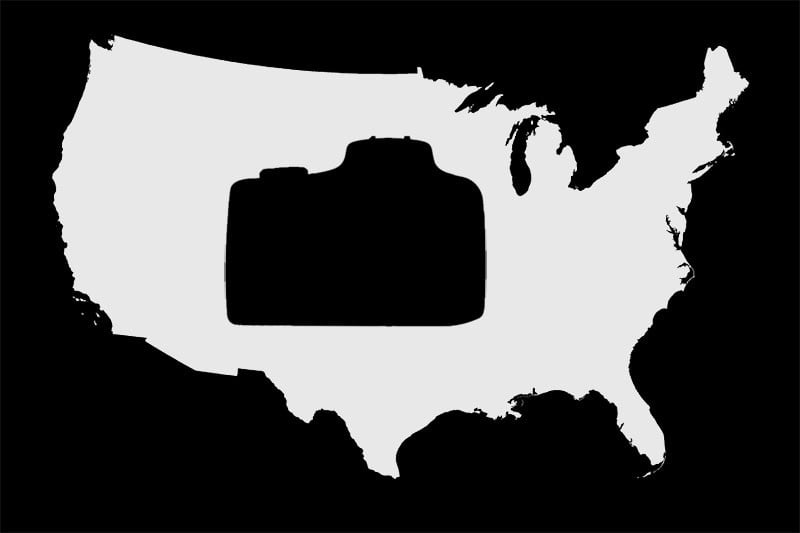 With years of experience, I have learned how to handle most daily situations encountered as a photographer. With the emergence of social media, people can be very picky about photos and privacy. I understand.

At the beginning, I would react more, starting stupid, endless and useless fights. From those experiences, I learned to be self-controlled and peaceful. My gear never got stolen or broken, and I never got insulted or beat-up.

But just in the last 10 days, I stumbled twice into incomprehensible situations. For your information, as a French man, I do have an accent — one that most Americans apparently find very “charming.”

Early morning in a parking lot, taking pictures of a client’s offices. Within a minute, a guy parked his big truck in front of the office asking me why I was taking pictures. I referred to my client and proposed to show him the contract. End of the story? No.

The delicate and well behaved man quickly asked me if I had any sort of official paper authorizing me to be in USA or work in USA since I was obviously not from his country. Well, I politely ended the conversation and left the parking lot.

Yesterday, with the night and the storm covering Ann Arbor, I decided to go out taking some pictures of my wife in the street. Nothing official, nothing bad. My own pleasure during my evening walk. 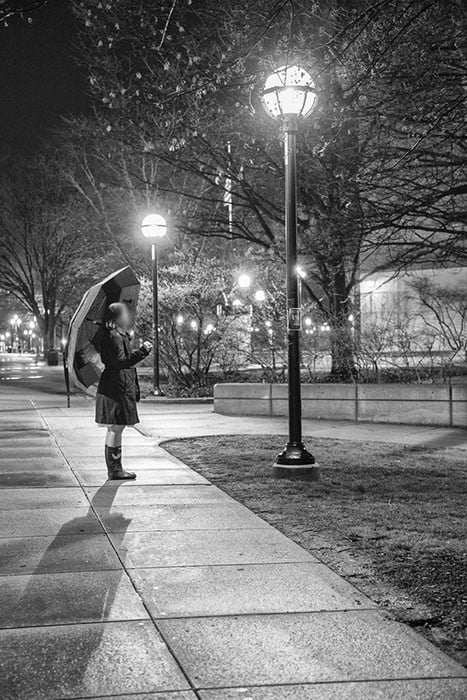 A group of young men found it problematic that I was taking a photo of the street that included their house in the background. I tried to explain myself as best as I could, but it did not work well, to be honest. One of them told me that I was certainly stupid since I did not graduate from University of Michigan (so immigrants cannot graduate from UM?).

Another voice joined our lovely conversation, and of course the guy was hiding in the dark. “Learn to speak English.” “We can’t understand you.” “Show your green card.”

At least this one is smarter: he knows that immigrants must have a green card. Bravo. Direct effect of being part of UM, I guess.

So, how to conclude the story? The first time, I decided to laugh at the situation and ignore it. But being honest, the second time has been rough on me.

It’s not first time that someone said something about my status or said strong things about my English or my accent. I just feel sorry for them and carry on. And for one bad interaction as an immigrant in USA, I often experience a thousand great interactions with welcoming, cheerful and supportive people.

I believe that in both cases, those people did not see the harm in what they said and did. Unfortunately, right now I feel deeply humiliated. Almost scared of the hate coming from them.

About the author: Marc-Grégor is a humanitarian and sports photographer who captures the beauty, dignity and stories of people and cultures. Originally from Paris, France, he currently resides in Ann Arbor, Michigan. You can find his work and connect with him on his website, Facebook, Twitter, Flickr, and Instagram. This article was also published here.

Deal Alert: This Sale Basically Gets You an Olympus OM-D EM-5 for Free

This Timelapse of London Shows Day and Night Side by Side