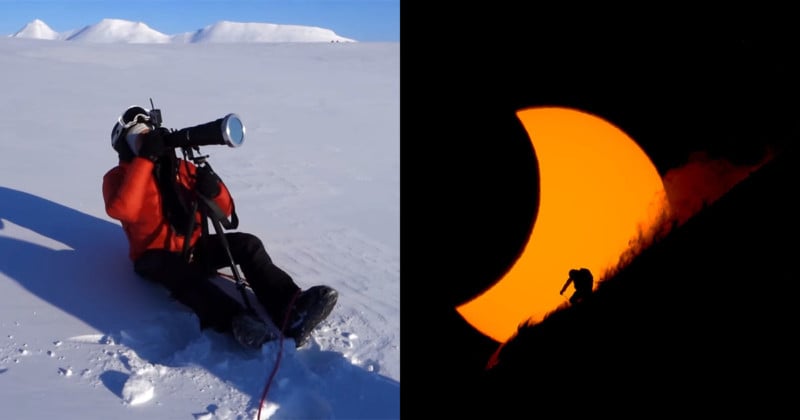 Leading up to the total solar eclipse on March 20, 2015, photographer Rueben Krabbe had a crazy and ambitious idea: he wanted to photograph skiers in front of the eclipse at the “edge of the Earth.”

After a great deal of planning to figure out the logistics of making this shoot possible, Krabbe traveled with the team to Svalbard, a group of Norwegian islands that sit about halfway between Europe and the North Pole.

On the day of the eclipse, temperatures were as low as -40°C. The team spent about 45 minutes on snowmobiles, trying to find the best location (note: this video contains strong language):

After settling on a spot, the skiers — Chris Rubens, Brødy Leven, and Cody Townsend — hiked up the ridgeline while Krabbe set up his equipment 1.5 kilometers (~0.93 miles) away. He used super telephoto lenses to capture the skiers and the eclipse at the relative sizes he wanted in the frame.

Everything came together perfectly when the eclipse began, and Krabbe was able to capture a remarkable set of photos that matched what he had envisioned. 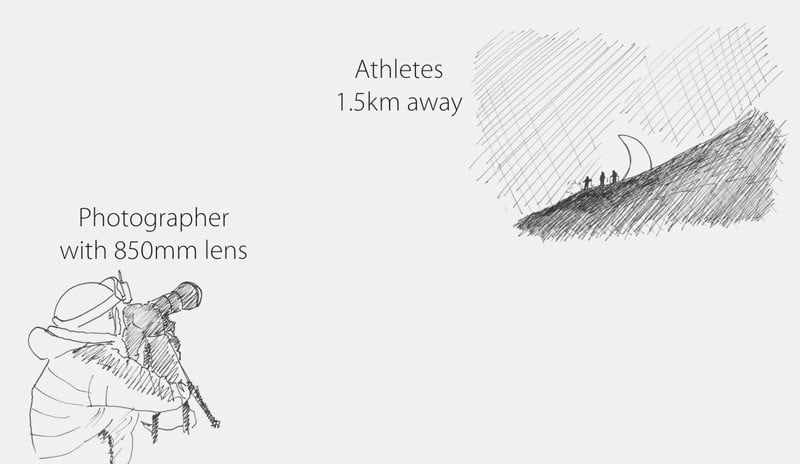 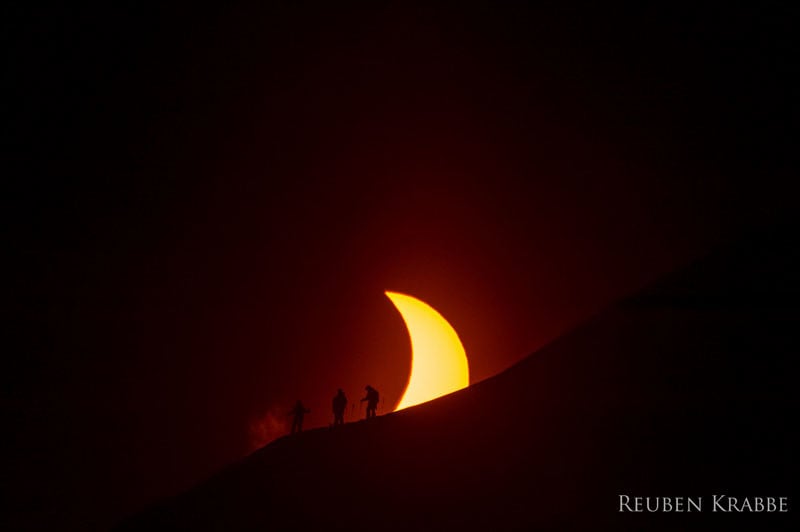 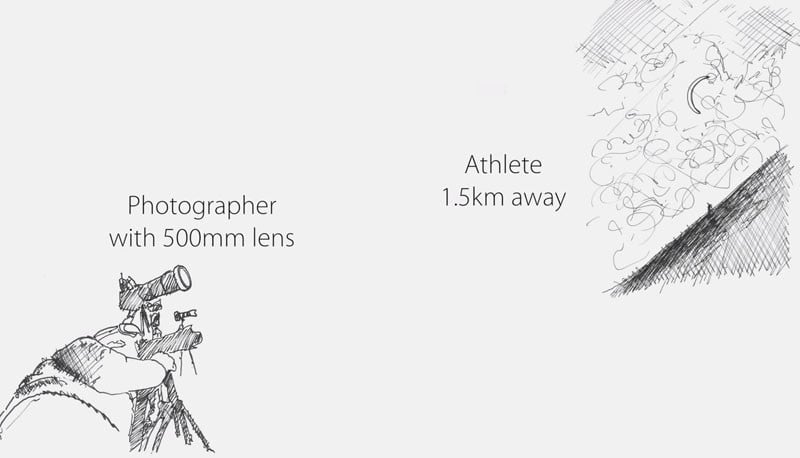 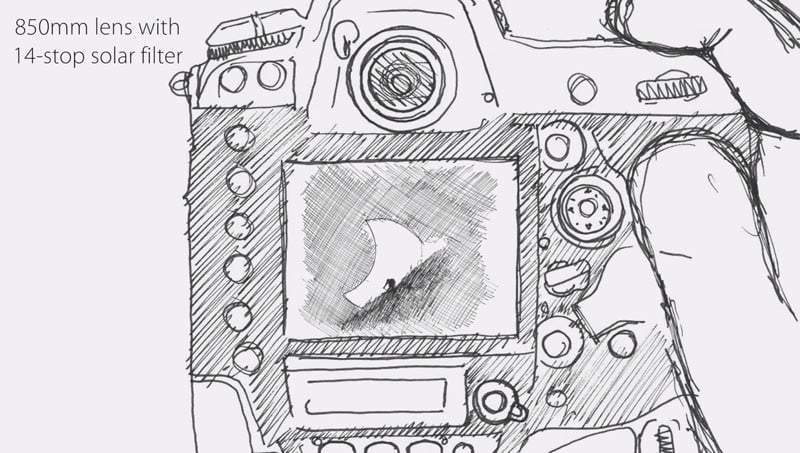 This shot was taken during the total eclipse: Here’s a 1-minute video by Red Bull Illume about the shoot:

If you have the time, check out this great 30-minute long film about this shoot by Salomon (strong language warning):

The 9 Winning Photos of the 2015 Smithsonian Photo Contest