Face swap camera apps are all the rage these days, and Facebook even acquired one this month to get into the game. But the technology is getting more and more creepy: you can now hijack someone else’s face in real-time video.


A team of researchers at the University of Erlangen-Nuremberg, Max Planck Institute for Informatics, and Stanford University are working on a project called Face2Face, which is described as “real-time face capture and reenactment of RGB videos.” 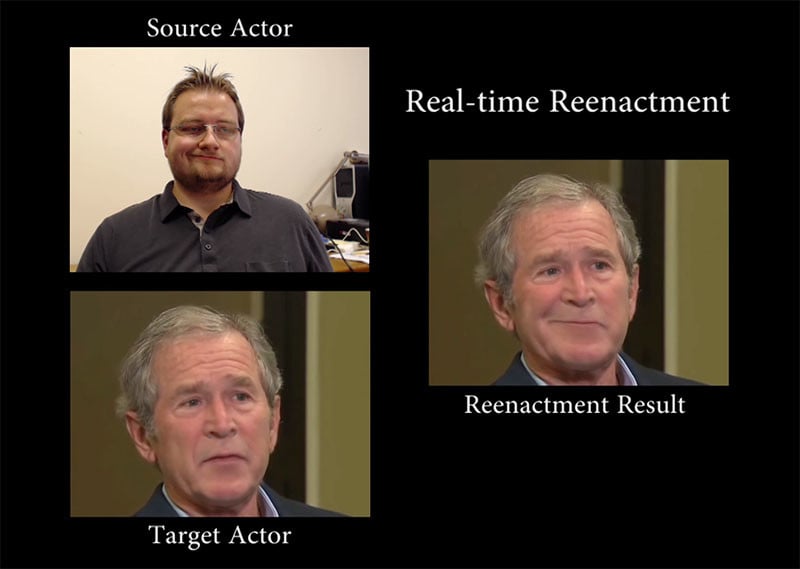 Basically, they’re working on technology that lets you take over the face of anyone in a video clip. By sitting in front of an ordinary webcam, you can, in real-time, manipulate the face of someone in a target video. The result is convincing and photo-realistic. 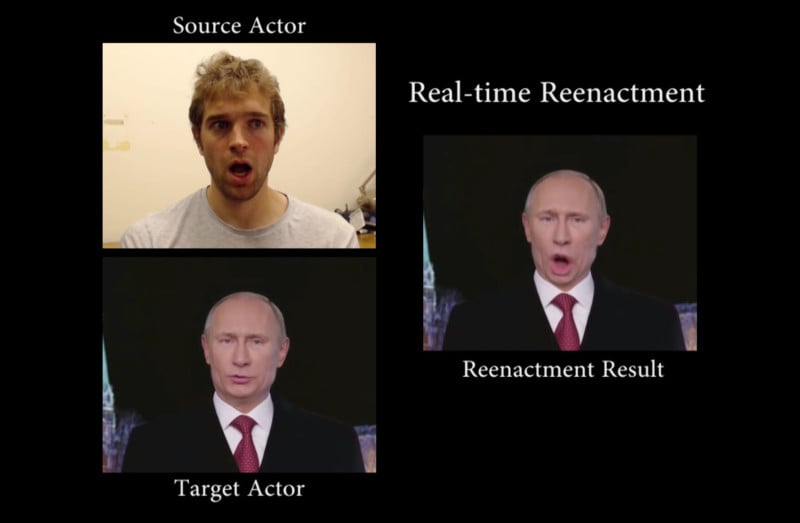 The face swap is done by tracking the facial expressions of both the subject and the target, doing a super fast “deformation transfer” between the two, warping the mouth to produce an accurate fit, and rerendering the synthesized face and blending it with real-world illumination. 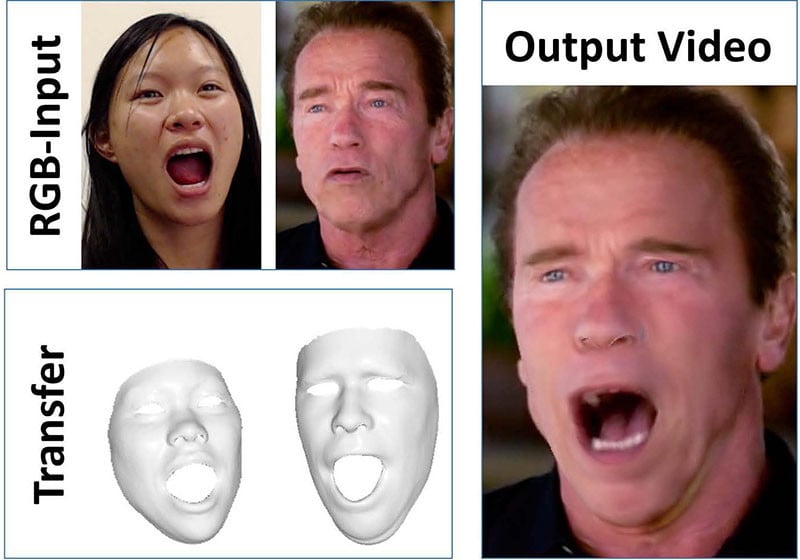 To test the system, the researchers invited subjects to puppeteer the faces of famous people (e.g. George W. Bush, Vladimir Putin, and Arnold Schwarzenegger) in video clips found on YouTube. You can see the results (and an explanation of the technology) in this 6.5-minute video:

No word yet on if or when we might see this technology appear in a commercially available program or device.