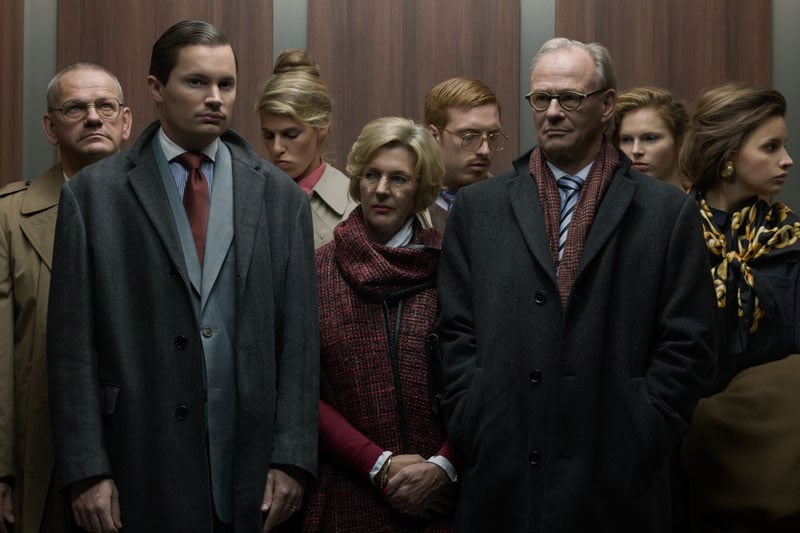 My name is Dirk Hardy. I’m a 27-year-old Dutch photographer currently based in Rotterdam, The Netherlands. For the past eighteen months, I worked on a personal project called Void. After having lived and worked in New York City for six months a few years back, I developed an obsession for the elevator.

Not only is the elevator one of the most important inventions to make modern cities possible, what fascinates me most is the fact that elevators impose physical closeness with strangers and there’s no clear code of conduct for us to follow in order to avoid uncomfortable and awkward situations.

The sooner the trip is over, the better. Did you know that New York City alone counts sixty thousand elevators? Together, these elevators make eleven billion trips a year, which comes down to thirty million trips a day. And after doing some math, I was astonished by the fact that over twenty thousand invisible moments are about to be lost in time and space at this very moment. 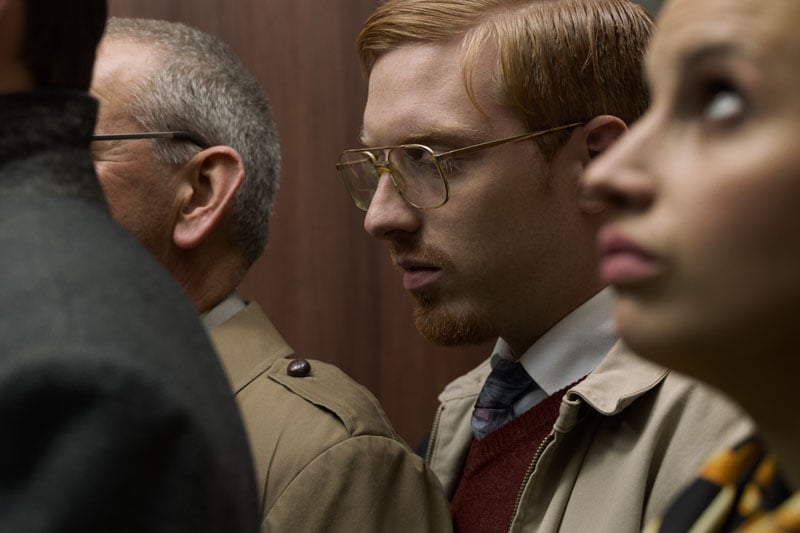 As a visual storyteller, the sheer idea that thousands of people all over the world are currently experiencing a moment in this confined, closed space was endlessly exciting to me. Especially because we are unable to watch these moments after the doors close. At least not without influencing that moment with our own presence and thereby changing it.

I wondered how I could invite myself into these intimate moments as a fly on the wall, and thereby offering you (the viewer) the opportunity to witness private moments you know you’re not supposed to witness. And, hopefully triggering your fantasy about the narrative, characters and relationships. As a true voyeur. 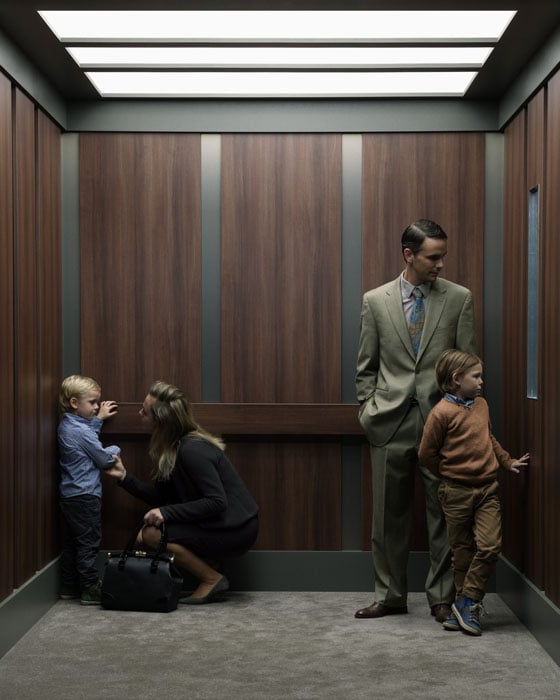 A characteristic of my method of working is that I take full control in constructing every aspect of the photographic process. From set design to casting and from styling to sketching. Not only does this allow for me to make conscious decisions about the tiniest of detail, it also allows me to pre-produce the works and to constantly reconsider and develop my ideas.

Knowing this, it would come as no surprise that I decided to stage these elevator moments and to build them up from scratch. With this solution, I could create characters, make my own elevator and use it as a stage on which I could then meticulously recreate the compositions from my own fantasy. So, long story short, that’s exactly how I approached this project and how it developed into an eighteen month adventure. 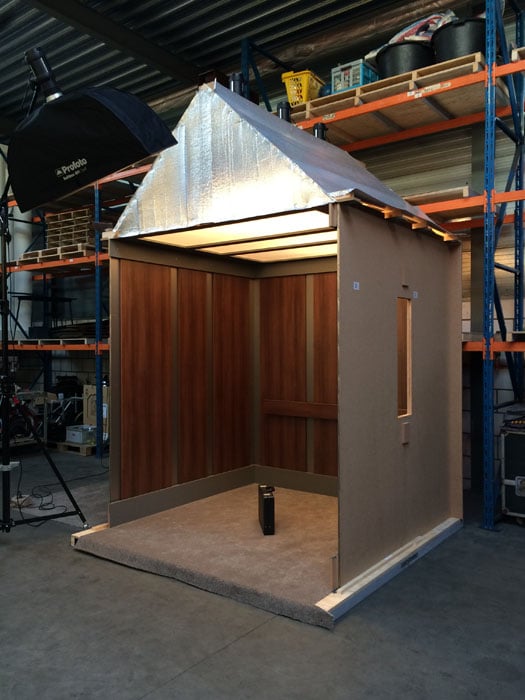 After four months of intense production, i.e. casting, styling, set design, set building, sketching and research, it seemed like it would all work out. I designed the elevator in a way which allowed me to use three Profoto D1 monolights (2x 500W/s, 1x 1000W/s) to flash through the translucent material on the ceiling of the set, simulating the light that we are used to seeing in elevators.

This was of crucial importance to the realism of the photographs I was going for. After testing the lights, I added a fourth Profoto D1 500 light with a strip softbox (1′ x 4′) that would simulate the reflected light that would usually come from the closed elevator doors. This addition finished the look and feel of real fluorescent lights often found in elevators.

In order to get the best possible image quality for large prints, I rented a Hasselblad H5D-50c with the HC 50-110mm f/3.5-4.5 zoom lens. Shooting handheld for 50% of the time, this heavy beast really challenged my arm muscles as it weighs nearly eight pounds! But, the medium format feel of the images, the incredible dynamic range and the rendition of the skin tones made it worth its colossal weight. 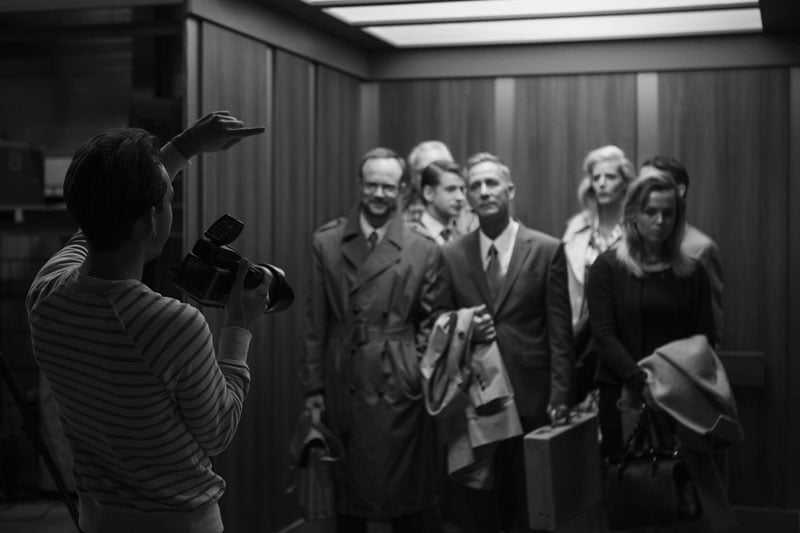 I decided to shoot handheld to be able to quickly respond to the actors and to easily find pleasing compositions in the crowds. The small series within Void, where you can see the full elevator, was photographed on a tripod. 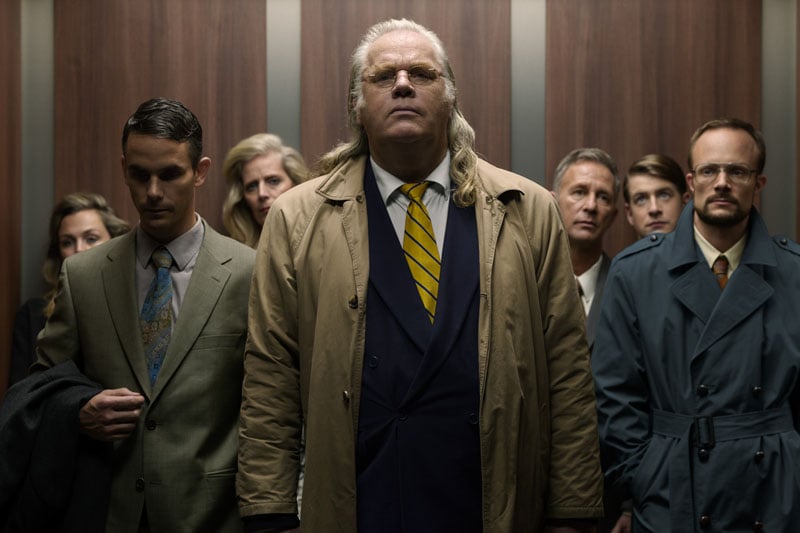 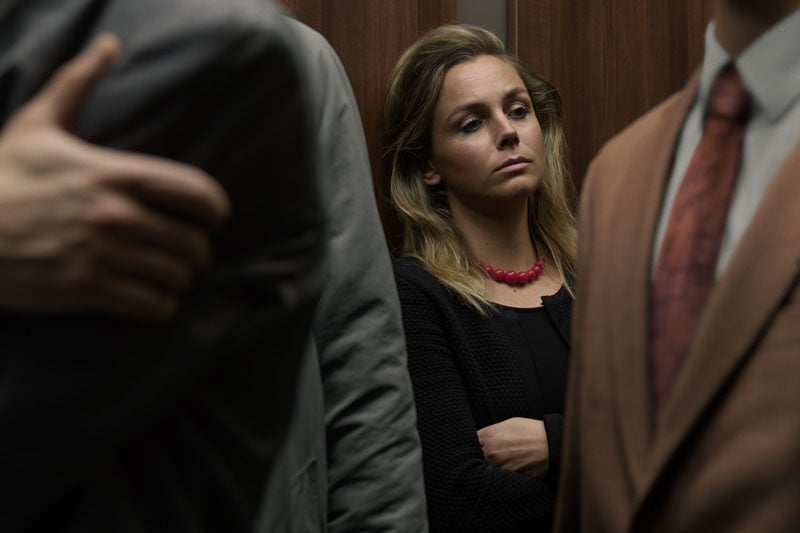 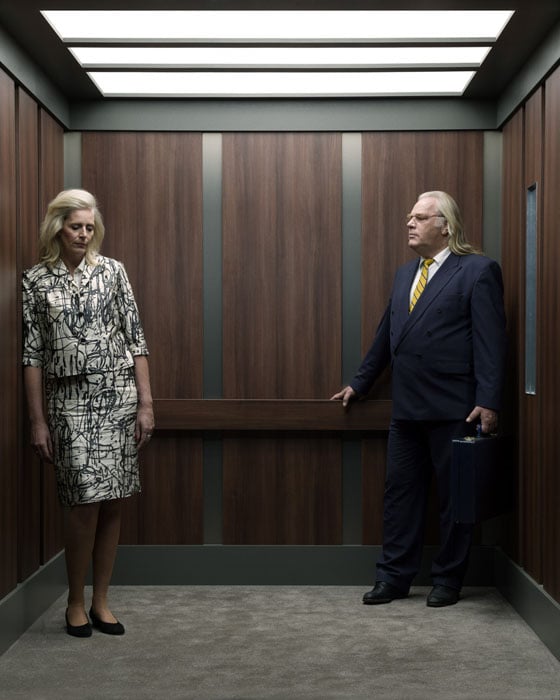 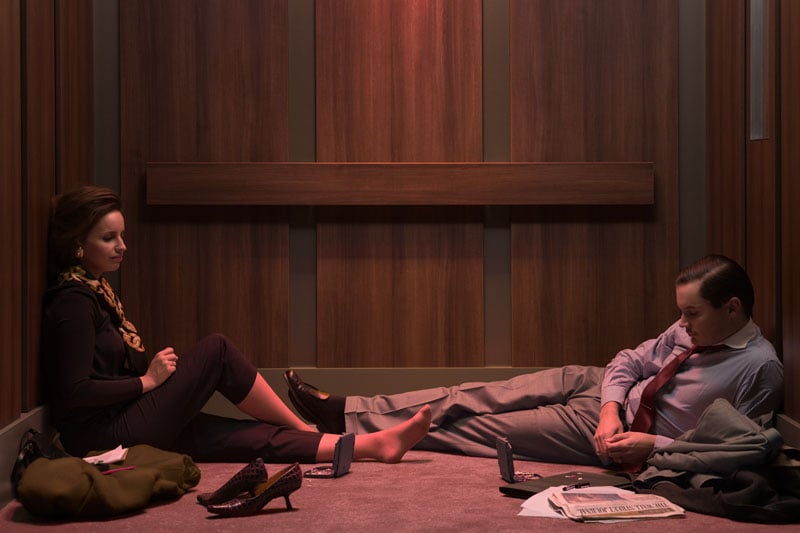 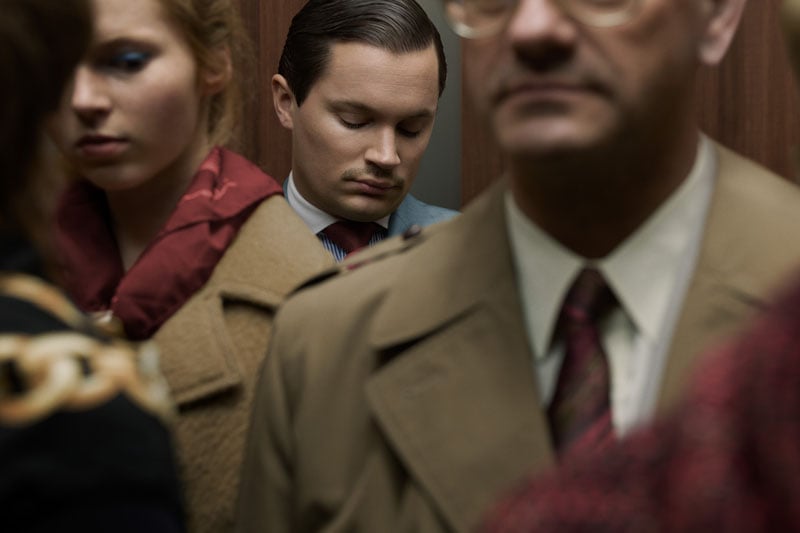 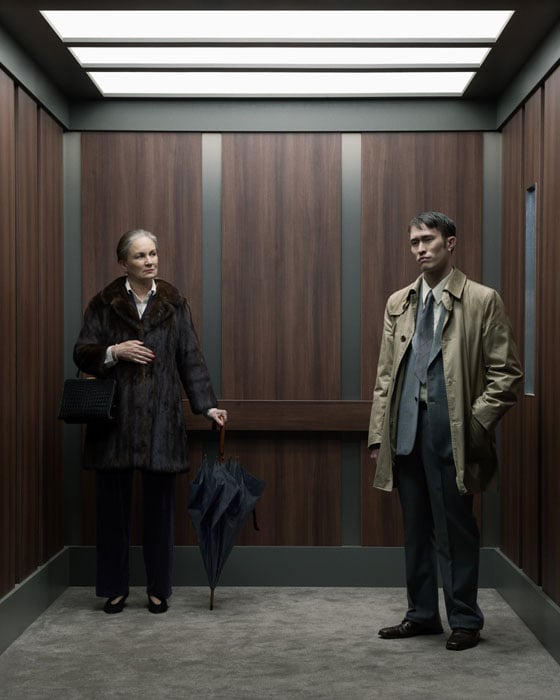 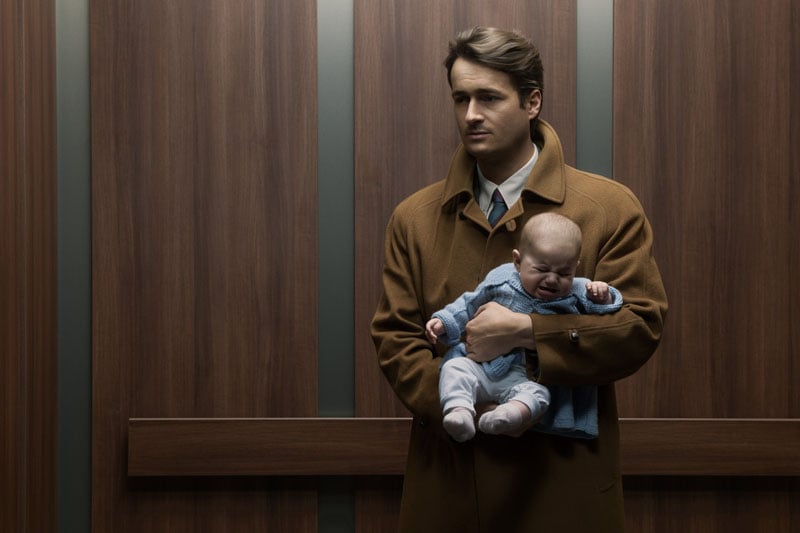 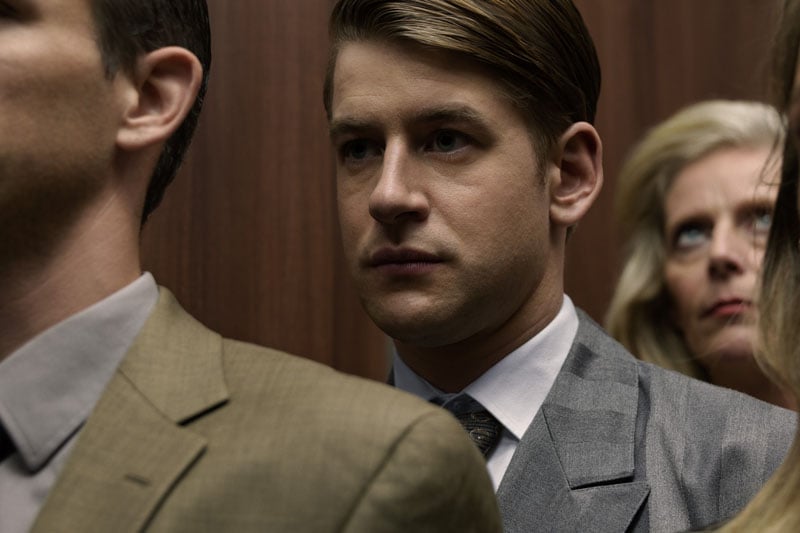 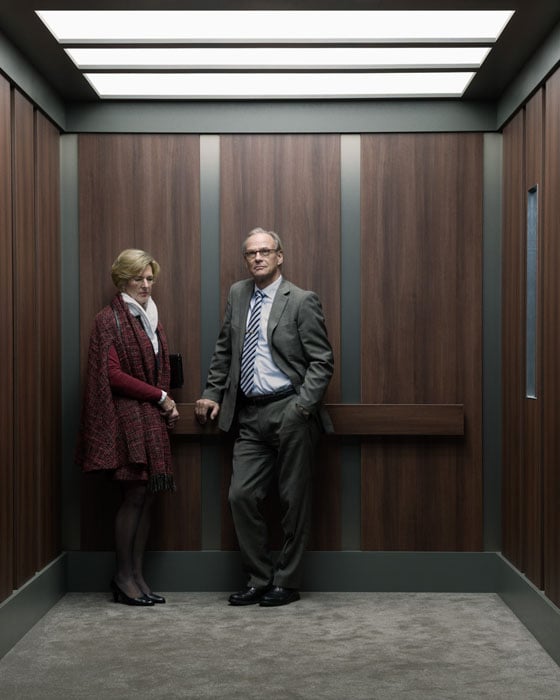 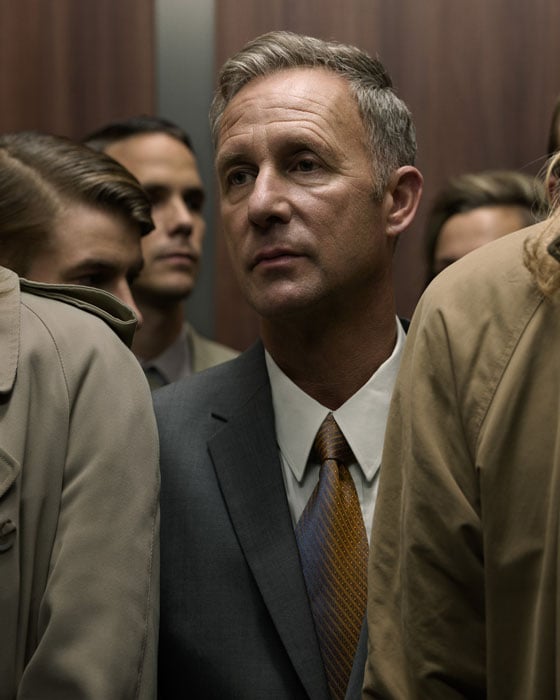 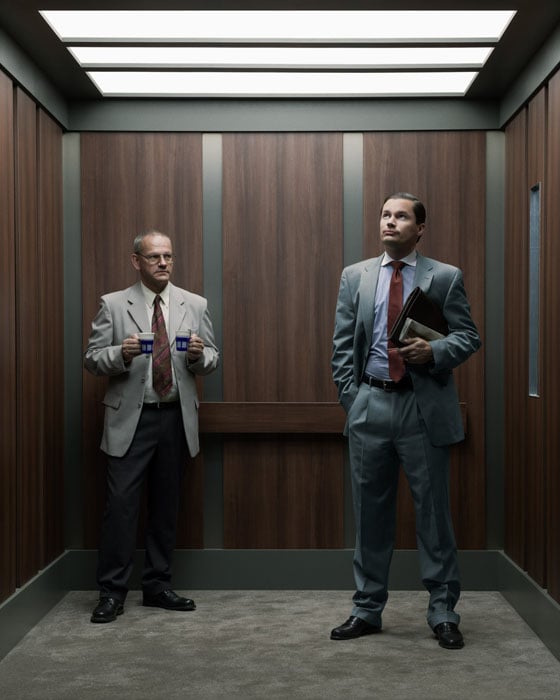 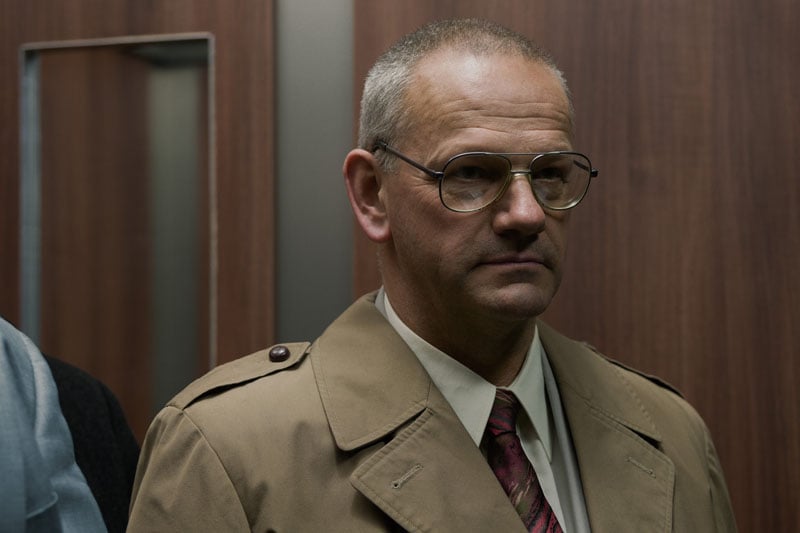 Eighteen months after the origin Void’s conception, the twenty-three photographs are published in a hardcover limited edition book, which can be purchased on my website. I learned a lot from this ambitious journey. And, the most important thing I taught myself, is to never back away from big ideas or get intimidated by them. No compromises!

About the author: Dirk Hardy is a photographer based in Rotterdam, The Netherlands, who graduated from the Willem de Kooning Academy in Rotterdam in 2014. His staged photographic images aim to challenge the viewer to slowly break through the stylized surface and connect with the narrative and often critical elements in the works. You can find more of his work on his website.

Image credits: Photographs by Dirk Hardy and used with permission