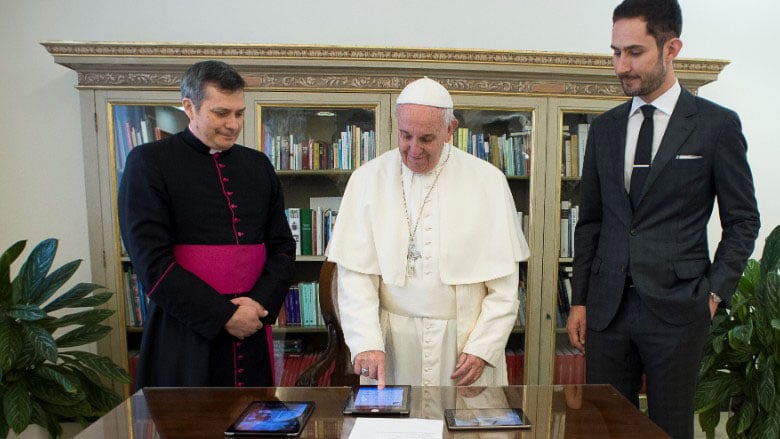 As of today, Pope Francis is officially an Instagram user. The pope launched his personal Instagram account today at @franciscus, an within an hour it had already attracted over 100,000 followers.

The first photo posted to the account shows Pope Francis kneeling in prayer. The caption alongside the shot reads “pray for me” in 9 different languages.

This account launch comes just weeks after a highly publicized meeting between the pope and Instagram’s CEO Kevin Systrom at the Vatican. The two men discussed the power of photography, and Systrom presented the pope with a photo book of 10 powerful Instagram photos.

Systrom was also present today when the Pope published his first Instagram photo, and both he and the Vatican marked the occasion by posting photos of their own.

Watching Pope Francis post his first photo to Instagram today was an incredible moment. @franciscus, welcome to the Instagram community! Your messages of humility, compassion and mercy will leave a lasting mark.

Tip: Smell Your Film Rolls to Figure Out Their Relative Age

Ep. 57: Strobist David Hobby Sticks up for Consumers – and more