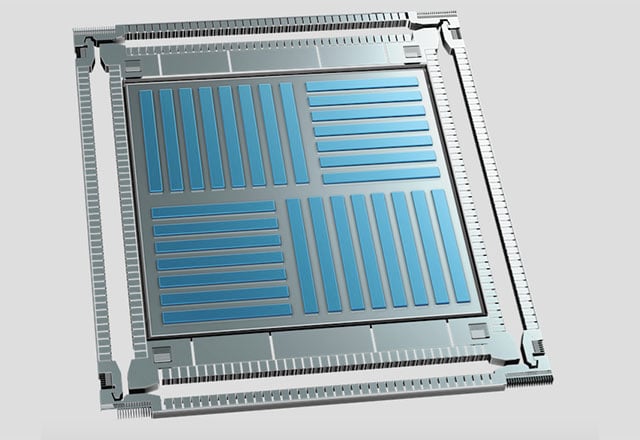 The SmartSensor stabilization technology took years of research to create, OPPO says, and it brings smartphone cameras another step closer towards the features found in professional cameras.

Image stabilization in smartphones has traditionally been lens-based rather than sensor-based due to limitations for how small camera modules should be — after all, consumers don’t want a bulky camera ruining the form factor of their phones. Here’s how a standard lens-based system works:

The SmartSensor, on the other hand, uses new advances in what’s known as micro-electro-mechanical (MEMS) technology. The system is only as thin as 2 sheets of paper, and it can detect movement along 3 axes — phones usually just stabilize on 2 axes — and make fast and precise compensations with a monocrystalline silicon MEMS system. Here’s a video showing how the SmartSensor works:

While lens-based systems have a stabilization precision of 3 to 5 micrometers, SmartSensor is precise to 0.3 micrometers — 10 times better, OPPO claims.

“One pixel is about 1 micrometer, which means that SmartSensor makes precise adjustments at scales of less than a third of a pixel,” the company says. “This is the first pixel-level image stabilization technology for smartphones in the world!”

“The range of motion that OPPO’s SmartSensor can compensate for is far greater, and far more practical, than any other available technology,” says OPPO. It’s super fast as well, requiring just 15 milliseconds to achieve stabilization for movement — by comparison, spring-based lens stabilization systems take 50 milliseconds or more, over 3 times slower than OPPO’s new system.

Finally, the SmartSensor is also energy efficient, requiring just a fraction of the power of lens-based stabilizers.

No word yet on when the SmartSensor will appear in a consumer smartphone camera, but we’re guessing its debut is just around the corner.

Watch a Formula 1 Photographer Do His Thing

These Dogs Were Trained to Be Studio Photographers