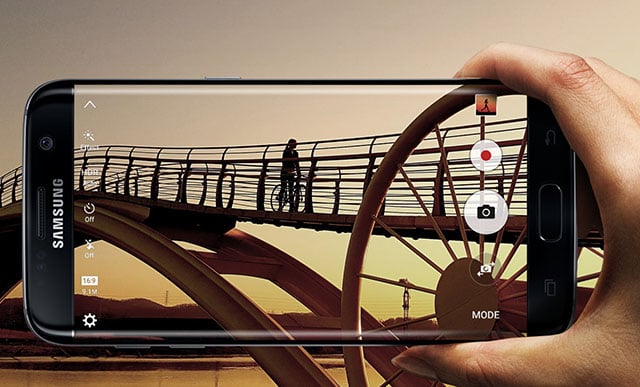 One of the highly touted features in Canon’s new 80D DSLR is the Dual Pixel autofocus system, which uses ever pixel on the CMOS sensor for phase-detect AF.

Guess which other camera has Dual Pixel AF? The one on the upcoming Samsung Galaxy S7 and S7 Edge smartphones. It’s the first time the technology has appeared in a smartphone. 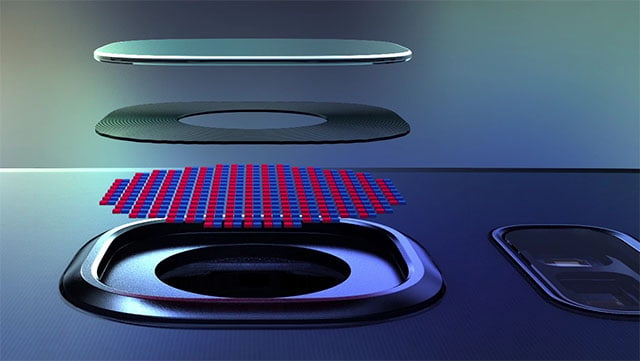 Samsung did a grand unveiling of the two smartphones this past Sunday, and the Dual Pixel technology was one of the new features that drummed up a good deal of excitement. At the core of the camera modules is a 1/2.5″ Sony IMX260 sensor, which features bigger pixels (1.44 microns) than the camera in the S6. There’s also a larger f/1.7 aperture, so the S7 has a total 95% increase in light capture compared to the S6.

Instead of using special pixels on the sensor — less than 5% of the total number — for phase detection AF like traditional AF systems do, Samsung uses 100% of the pixels for focusing. This allows the sensor to be both fast and accurate, locking onto subjects regardless of where they’re positioned in the frame. 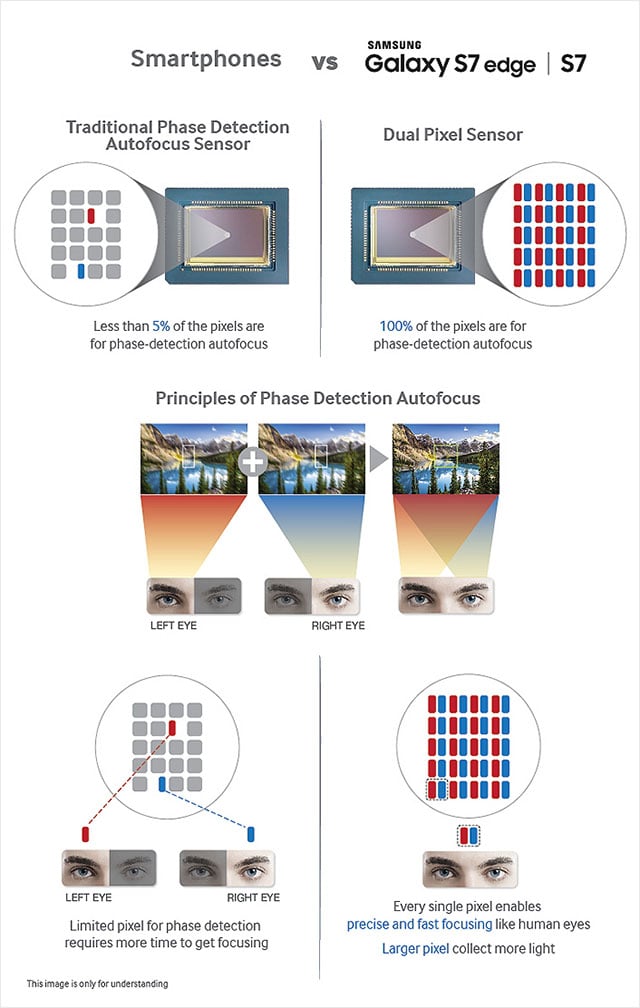 The result is a lighting fast AF system in the Samsung Galaxy S7 series that may trump most other smartphones in the industry. Here’s a comparison of S6 and S7 autofocus speeds:

You can also find a gallery of Samsung Galaxy S7 sample photos over on the Samsung website.

The Samsung Galaxy S7 and S7 Edge should be available starting in March with suggested retail prices of $669 and $779, respectively.