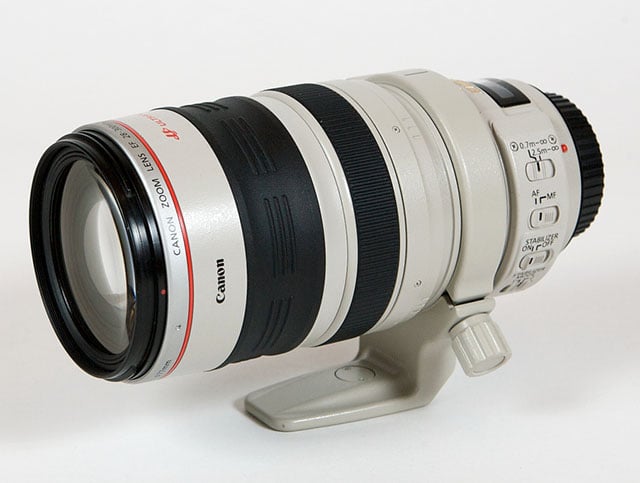 Have you ever wondered why some Canon lenses are white while most other lenses in the industry are black? No, it’s not just for aesthetics and marketing… Canon has a technical reason for it: heat reduction.

It’s a pretty known camera industry factoid, but perhaps some of you have never heard about it before.

A number of Canon’s professional L series lenses — all super-telephoto lenses — are “white” with the distinctive red ring. The color is actually more accurately described as “off-white,” “putty,” “light gray,” or “beige.”

“There is a good reason for this,” Canon writes over on its European website. “Lenses contain glass elements. These expand with heat.”

“This is not usually a problem with compact lenses − the amount of expansion is small,” the company says. “But large lenses contain large elements and here expansion can bring a lens close to the limits of its design tolerances. A white surface reflects sunlight, helping to keep the lens cooler.”

So in other words, for photographers sitting under the beating sun for long periods of time (e.g. sports and wildlife shooters), the lighter color of the lens helps it from overheating and having its internal optics and image sharpness affected. 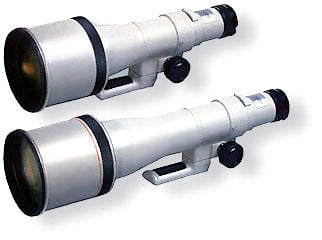 Over time, due to the widespread usage and desirability of Canon L lenses, the white color became a fantastic marketing feature as well — these days you can easily pick out the distinctive white lenses when watching things like major sporting events, where crowds of pro photographers are gathered. 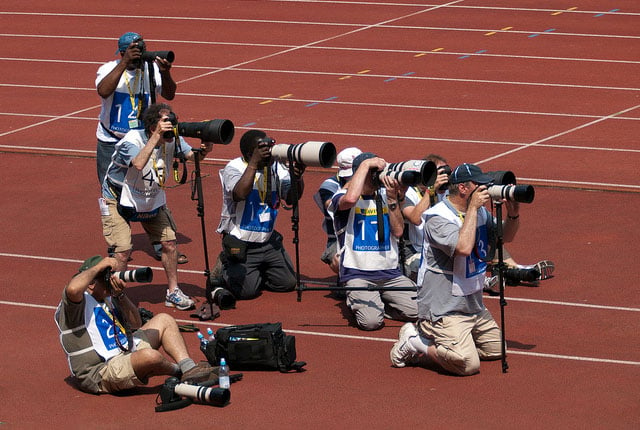 Want to turn your black lens into a white one to deal with heat? Some photographers out there are converting their lenses themselves.

P.S. Canon also points out that many of its black lenses have a heat-related feature as well. If you find that your lens allows you to focus past its infinity mark (AKA over-focusing), that feature is to allow the lens to expand when shooting in hot conditions. After expansion, infinity focusing will be closer to the end of where the ring stops.

Photos of ‘Firefall’, When a Yosemite Waterfall Looks Like Lava

How I Captured Lightning Striking the Tallest Building in the World