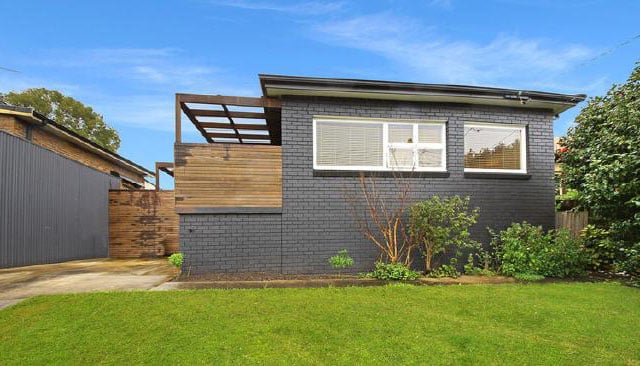 An Australian real estate company is in hot water this week after it was discovered that one of its listing photographs isn’t an accurate depiction of what the property is like. But even though the photo looks like it was manipulated with Photoshop, it may have been a clever composition that uses a wide angle lens and a tricky perspective.

News.com.au reports that the photo above is what the real estate giant Ray White listed for a 3-bedroom brick home in the Penshurst suburb of Sydney, Australia.

Looks pretty nice, right? Well, this is what the exact same property looks like when viewed in Google Street View: 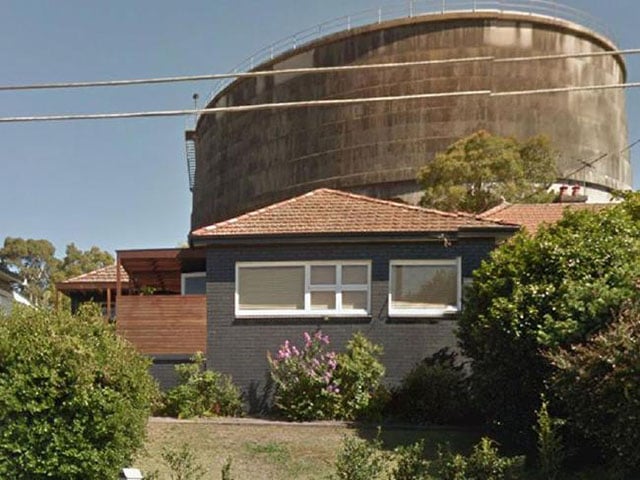 Yeah, that’s a gigantic water tower dwarfing the home and dominating the background when viewing the house from the street. You can look around for yourself:

“The photos in question were not taken by a Ray White contracted photographer, but were instead supplied by the owner from a previous marketing campaign with another agent,” a Ray White spokeswoman tells News.com.au. “Despite this, it would appear from our own investigations that the photos have not been photoshopped and are instead simply taken from an angle from which the house obscures the water tank.”

In other words, the photographer used a wide angle lens and got up close and low in order to photograph the house from an angle that completely obscures the water tower.

Even so, some are arguing that this type of photography trick is unethical and should be considered illegal.

“This kind of behaviour falls under the broad umbrella that is the Australian Consumer Law. That states that a product cannot be inappropriately misrepresented in advertising material,” Real Estate Institute of Australia President Neville Sanders tells News.com.au. “Whilst it may appear that a wide angle lens has been used as well as a particular angle, does it truthfully show what the general public would see if they turned up out the front?”

While this is an extreme case of using photography techniques to “enhance” real estate photos, similar subtler techniques are widely used — things like using wider lenses for making the rooms of a house look bigger than they are, or boosting exposure values to make spaces look brighter than they’ll ever look to the naked eye.

Ray White faces a $22,000 fine from the NSW Office of Fair Trading if the photo is found to be false, misleading, or deceptive advertising.