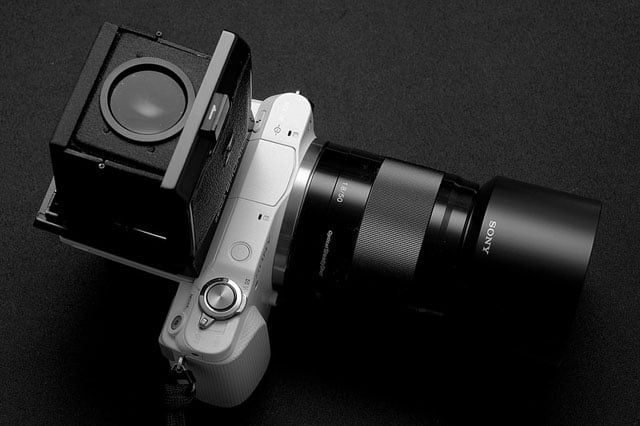 If you have a mirrorless camera that lacks a viewfinder but has a tilting LCD screen, here’s a neat “hack”: you can give your camera a pseudo-viewfinder by mounting an old waist-level viewfinder to the screen.


That’s what photographer Dmitri Popov did recently with his NEX-3N.

“Despite its age and budget status, my trusty SONY NEX-3N still serves me well. But the lack of an optical viewfinder (OVF) hasn’t become any less annoying with time,” Popov says. “Although the camera has a decent display, it becomes pretty much unusable on a sunny day.”

Then last week it struck him: he had a waist-level viewfinder for his Zenza Bronica ETRS camera lying around, so why not repurpose it for his mirrorless camera? After trying out the pairing, Popov was pleased to discover that the viewfinder was almost a perfect fit for his NEX-3N display. 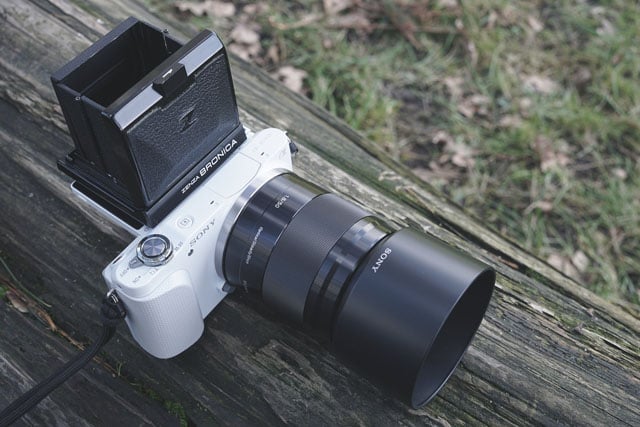 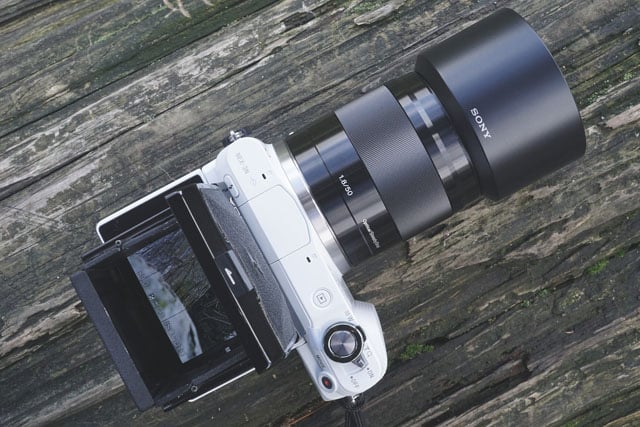 To prevent light from leaking into the chamber, Popov wrapped a thick rubber band around the bottom of the viewfinder, which also gives it some grip while sitting on the display. 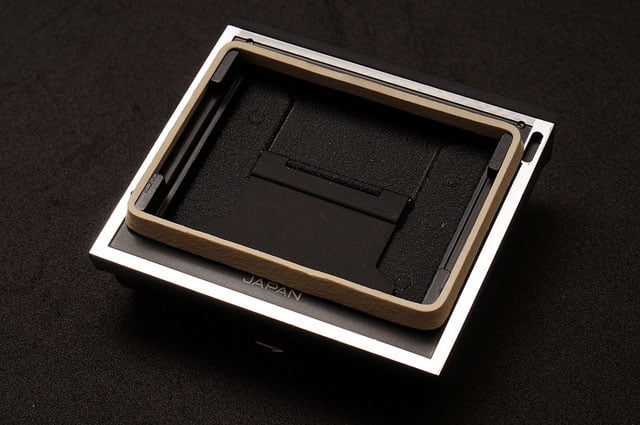 “I can use the viewfinder as a simple display shade, or I can pop up the magnifier for even better viewing and increased retro chic,” Popov says. “In theory, it should be relatively easy to mount the viewfinder permanently on the display, but I prefer to use it as a removable accessory.” 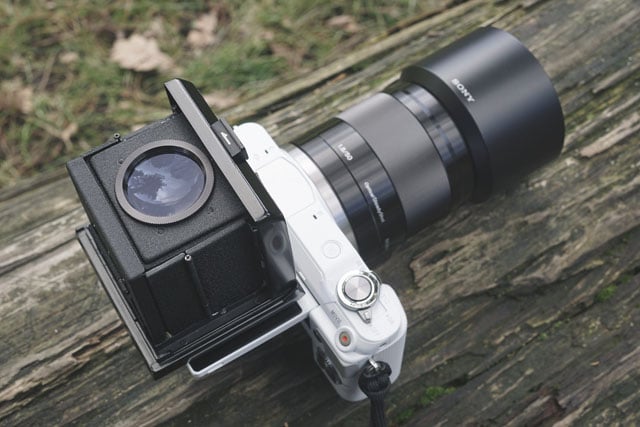 If you’d like to create a waist-level viewfinder attachment for your own viewfinder-less camera, you can find a large assortment of waist level finders over on eBay. While many are $50+, there are some that can be had for less than $10. 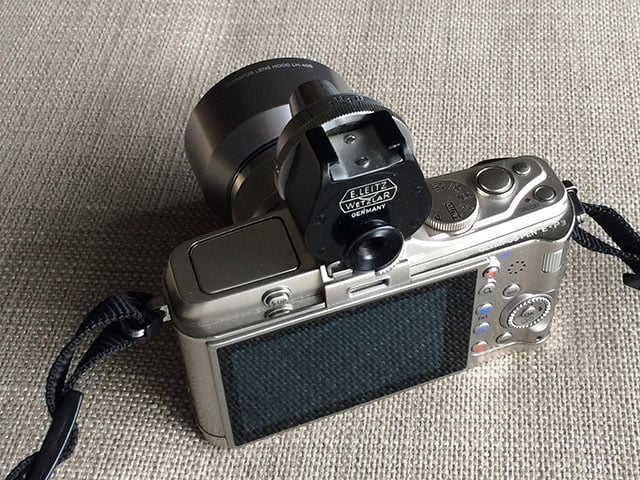 Image credits: Photographs by Dmitri Popov and used with permission