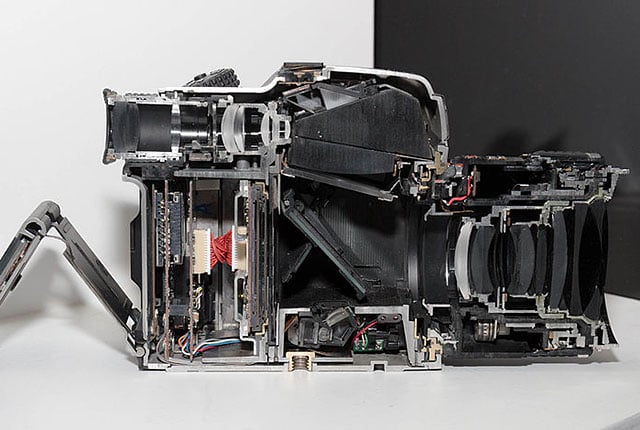 Here’s a photo of a Pentax 645Z medium format DSLR that was sliced cleanly down the middle. Pentax was displaying this half camera at the CP+ show in Japan back in early 2015. It’s an interesting look at the guts of a camera that currently costs about $7,000.

Here’s the same view showing the outside of the 645Z: 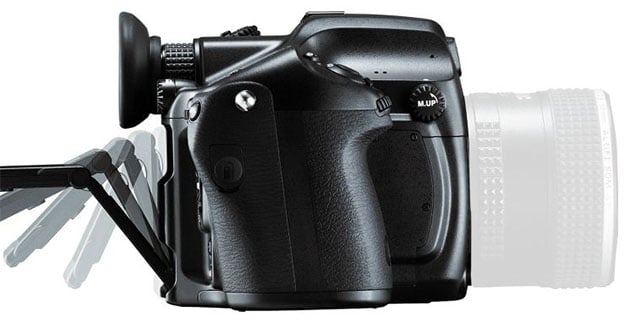 It’s not uncommon for camera companies to have cross-sectioned cameras and lenses on display at trade shows. Nikon did the same thing with its D5 DSLR at CES 2016.

Photojournalist Mugged by Refugees He Was Trying to Help

This Dramatic Shot Was Done with a 2000mm Lens