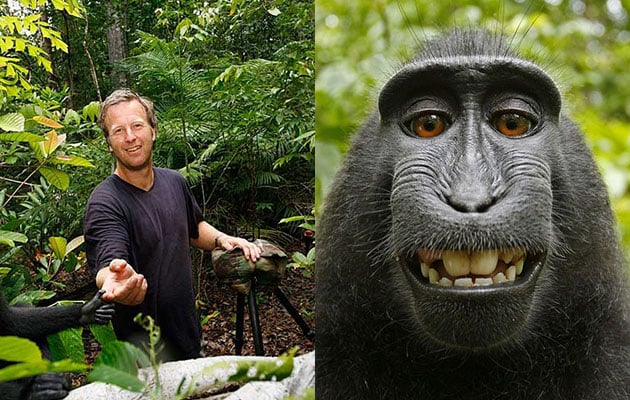 It seems that there’s finally some resolution in the curious legal battle between PETA and a photographer over whether a monkey owns the copyright to the viral selfies he shot back in 2011.

A federal judge in San Francisco said yesterday that he’s planning to dismiss the case, ruling that the monkey cannot own the copyright to photos.

“I just don’t see that it could go as broadly as beyond humans,” said Orrick, who argues that federal copyright law doesn’t allow animals to hold copyrights.

PETA filed its lawsuit against Slater back in 2015, arguing that Naruto owns the copyright since he took the picture, and that he should receive all the proceeds that result from the photo. The lawsuit stated that Naruto was responsible for “purposely pushing the shutter release multiple times (and) understanding the cause-and-effect relationship between pressing the shutter release, the noise of the shutter, and the change to his reflection in the camera lens.”

The suit came after Wikipedia sided with the monkey in 2014, refusing to take down the photo and categorizing it as public domain. The US Copyright Office weighed in days later, saying that it cannot register works by monkeys.

The case got increasingly bizarre as it moved through court, with both sides debating the identity and gender of the monkey in the photos to establish whether or not it even is Naruto.

Even though Judge Orrick plans on dismissing the case, he has given PETA permission to file an amended lawsuit, and the animal rights group says it plans to do just that.