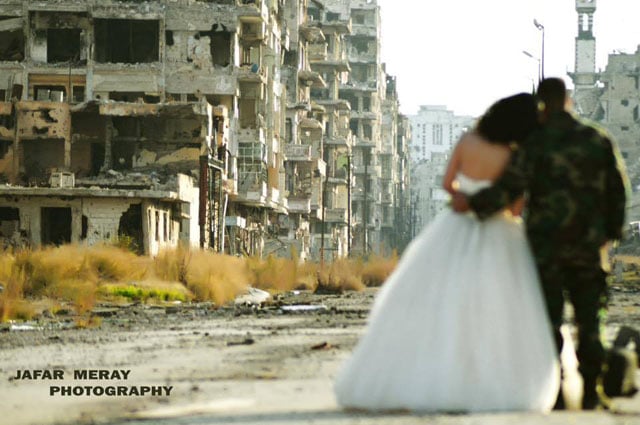 Syrian photographer Jafar Meray lives and works in a country that has been devastated by war. For a recent wedding photo shoot, Meray decided to use a war-torn neighborhood as a striking backdrop.


“I want my photos to sow hope in the hearts of my people who are suffering from terrorism,” Meray tells PetaPixel. “My message is a message of peace for all peoples and to stop terrorism.”

The groom, a Syrian army soldier, and his bride decided to pose for their special photos amidst the rubble of damaged buildings in the city of Homs, where their wedding was held. 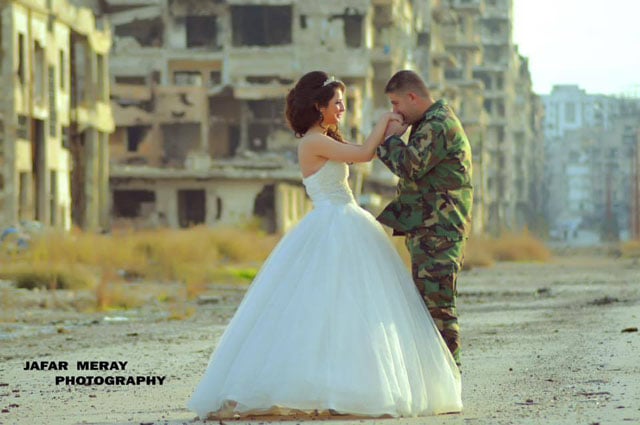 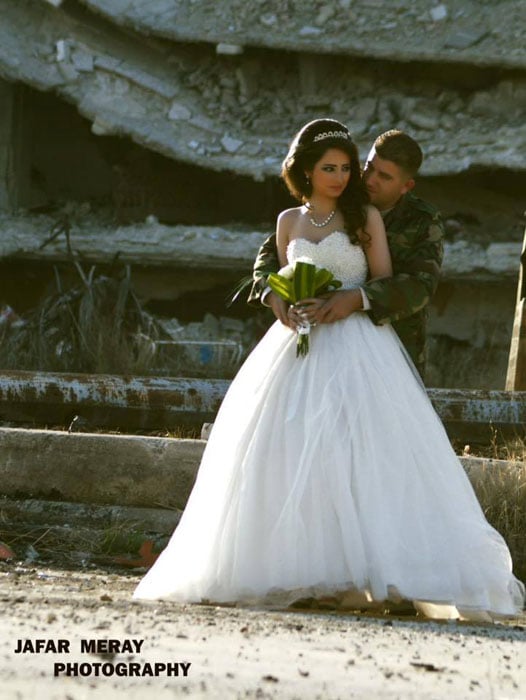 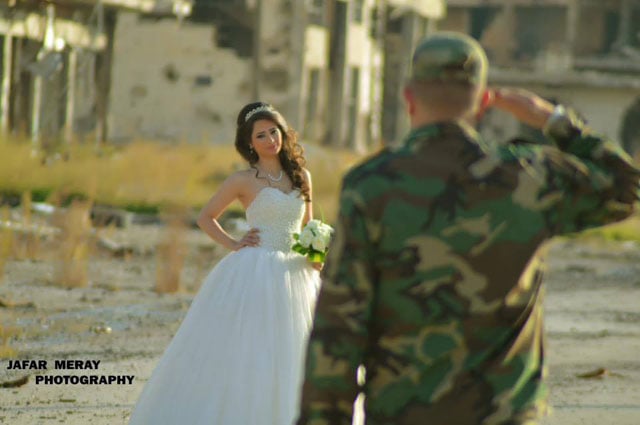 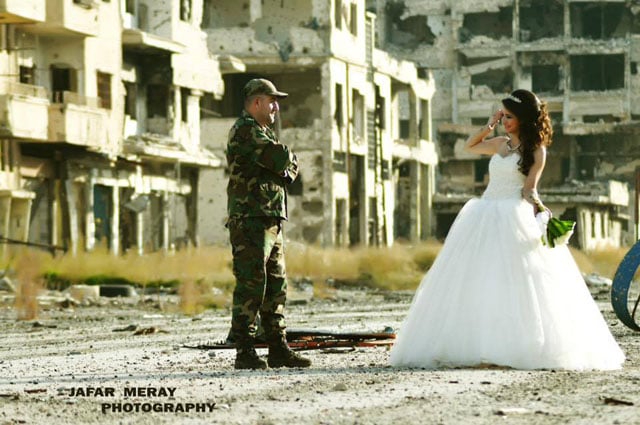 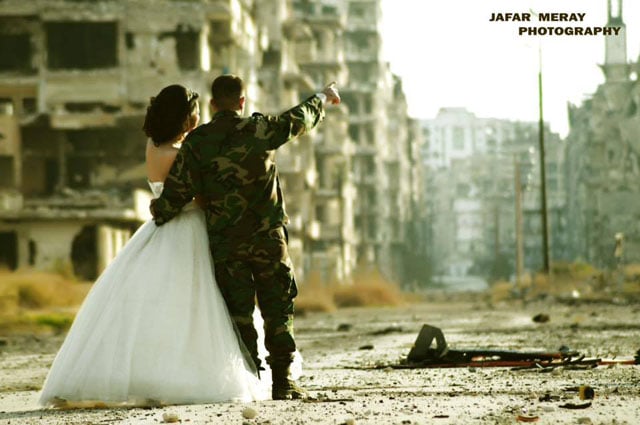 (via JafaR Photography via The Daily Mail)

Image credits: Photographs by Jafar Meray and used with permission